Philips’ high-end TVs have long been known for their almost uncanny sharpness and detail retrieval, and this trend continues emphatically with the Philips 46PFL8008S. In fact, the set’s HD images are so clean and textured that, as with the Samsung UE55F8000, they sometimes appear to go beyond normal HD levels despite the panel only holding the usual full HD 1920 x 1080 pixel count.

What’s particularly striking about this extraordinary sharpness is that it hardly ever looks forced – by which we mean it hardly ever causes stressy edges or the image to look too fizzy. This is not the case, by comparison, with Philips sets that use the step-down Pixel Precise HD processing engine, where we generally have to tweak down the sharpness preset levels to stop noise becoming overwhelming.

Playing no small part in the 46PFL8008S’s intense sharpness is its superb motion handling. The enormous picture processing power behind the Perfect Pixel HD system enables you to use at least the lowest Perfect Natural Motion setting without having to worry about the distracting flickering or haloing glitches you can see if you try to use the same feature on a Pixel Precise HD set.

Even better, if you’d rather not use any motion processing at all the screen suffers with practically no resolution loss over moving objects, and judder levels for the most part feel more natural than intrusive. 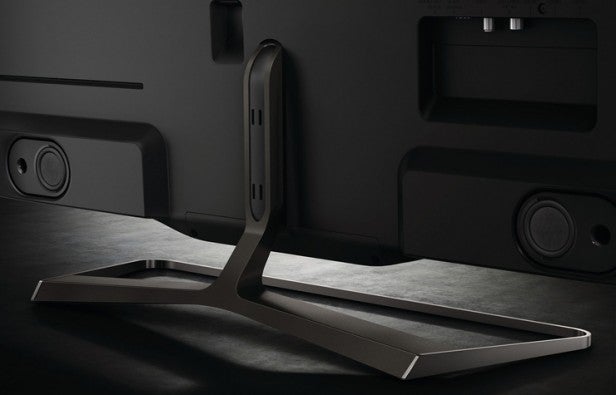 Philips’ active 3D TVs haven’t all been resounding successes, so we piped 3D into the Philips 46PFL8008S with some trepidation. But while its 3D pictures aren’t perfect, they’re certainly very good.

Their greatest strengths are their genuinely spectacular passive 3D-bashing detail levels with 3D Blu-rays; their spectacular contrast, which helps the screen deliver a gorgeous and totally believable sense of depth and space even during really dark sequences; and their impressive brightness and colour vibrancy.

The only 3D issues are some areas of gentle backlight clouding during very dark scenes (since the panel is being run harder in 3D mode), slightly jittery motion unless you call into play the Perfect Natural Motion system, and some slight crosstalk ghosting over distant objects. But the 3D good far outweighs the bad.

The gentle backlight clouding noted with 3D very occasionally manifests itself in 2D too, but these moments really are rare. In fact, our only significant issue with 2D viewing is that the aggressive nature of the 46PFL8008S’s pictures can slightly exaggerate background MPEG noise during standard definition digital broadcasts.

The 46PFL8008S’s sound is pretty good, if slightly odd. It’s more powerful than you might expect from such a super-slim TV, with richer bass, an open mid range, and plenty of treble detailing that doesn’t succumb to harshness until you hit unreasonable volume levels. The oddness comes from the way the sound – even dialogue – appears to be coming from somewhere slightly outside the screen area.

Our test sample also suffered a slight audio lip-synch issue during Blu-ray viewing that no amount of tinkering with the set’s audio processing options was able to fix. Though since lip synch issues didn’t arise while watching a Sky box, we’ll assume the Blu-ray problem was just an isolated handshake glitch with our particular model of Panasonic Blu-ray player. 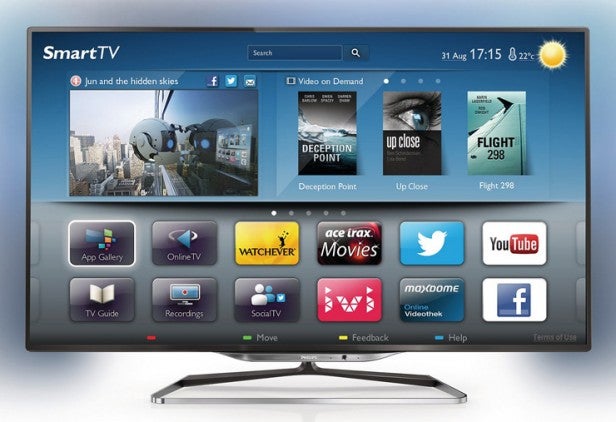 The spectacularly colourful, crisp and contrast-rich pictures the Philips 46PFL8008S produces make it a potentially stellar gaming monitor. It even supports dual-view gaming, so two people can enjoy full-screen gaming simultaneously using the correct setting of the 3D glasses.

With this in mind it would have been nice if the set could have delivered a slightly better input lag performance than the 60ms or so we measured (using the Game preset with as much processing as we could find turned off). Ideally we’d be looking for 30ms or less, though all but the most dedicated of ‘twitch’ online gamers might feel we’re splitting hairs here.

One final point worth adding at this point is that if you’re a serious
AV enthusiast slightly concerned by all the talk of very bold colours,
aggressive sharpness, extreme contrast and high levels of video
processing, then fear not; Philips provides a Movie preset amid its
various picture preset options that delivers a superbly ‘accurate’,
unprocessed home cinema image right out of the box.

The Phlips 46PFL8008S is a gorgeously designed, spectacularly high-performance TV. Philips would be well advised to try and add a few more non-adult video services to its online platform, but nonetheless the Philips 46PFL8008S does easily enough to firmly establish Philips’ presence at the top TV table for 2013.