As usual with Philips TVs, the 42PFL5008T’s sharpness levels are extreme, delivering exceptional impact from HD sources as well as upscaling standard definition to a more HD-like level than the majority of its peers. This sharpness does come with strings attached, though.

First, the sharpness can look over-egged and noisy with both standard and HD footage at times unless you reduce the sharpness level to around its 8 setting as well as turning off the Advanced Sharpness as mentioned earlier.

Also, the more we watched the 42PFL5008T the more we became aware of an occasionally quite distracting glowing halo artefact around some very crisp edges and areas of small detail. And we couldn’t find a way to calibrate this glowing effect away. 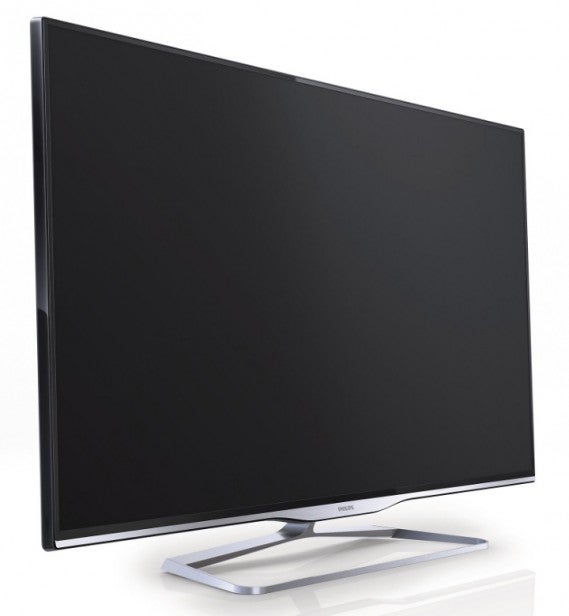 Still, with some respectably judder-free and clean motion handling joining the set’s impressive innate sharpness, overall the image’s high levels of clarity are an emphatic plus point of the 42PFL5008T’s pictures.

It’s worth pointing out that the 42PFL5008T does not carry the processing provision to remove all judder from the image like Philips’ higher-end TVs do. But this isn’t necessarily a bad thing, especially when it comes to film viewing, where many people find the smoothing effect of Philips’ Natural Motion processing to be too heavy-handed. Certainly there’s an argument to be made that the relative simplicity of the affordable 42PFL5008T’s processing actually results in a more natural picture than Philips usually delivers using its TVs’ out-of-the-box settings.

The 42PFL5008T does mostly quite well where contrast and black level response are concerned. So long as you’ve got the Standard setting for the dynamic backlight feature activated, dark parts of the picture look pretty black, with less evidence of the tell-tale low-contrast grey mist than we might have expected at the 42PFL5008T’s price. What’s more, this good black level performance doesn’t ‘crush’ out shadow detail too much, leaving dark scenes enjoying a good sense of depth and texture rather than looking hollow and flat.

Similarly, the cleverness of the dynamic contrast system enables the 42PFL5008T to leave bright parts of predominantly dark scenes looking engagingly bright and punchy, rather than taking so much brightness out of the image that they end up looking dull.

It’s also great to see that the set’s backlight uniformity is pretty solid, with minimal signs of backlight clouding, even in the set’s corners. 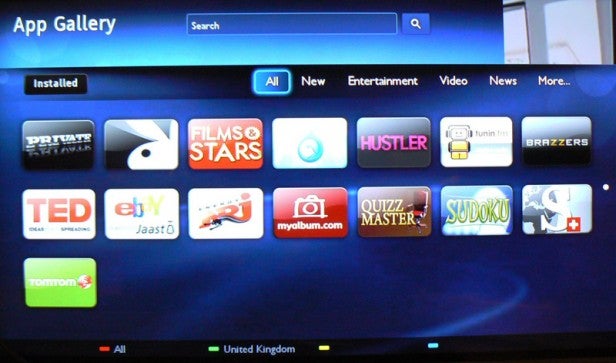 We should remind you at this point that the contrast results just described are very dependent on you using the Standard setting for the dynamic backlight feature. Turn the dynamic backlight feature off to reveal the panel’s native contrast performance and you’ll likely be pretty shocked at just how unimpressive it is, with excessive greyness hanging over any part of any image that should look black.

Given what an uninspiring contrast ‘base point’ the 42PFL5008T has to work with, our admiration for the cleverness of the dynamic backlight feature merely grows. But at the same time it’s hardly surprising that dark scenes do sometimes still look a bit milky if they also have some bright elements within them.

The last key part of the 42PFL5008T’s picture performance to cover is colour. And this is actually one of the set’s strongest suits thanks to a level of flexibility that sees you able to pick between ultra-vivid saturations if that’s your taste right through to a subtle, nuanced palette more satisfying to home cinema fans.

Colour blends look surprisingly natural for a relatively cheap 42-inch TV too, with neither banding nor blotching.

Used as the main TV for the review period
Tested for more than a week
Tested using industry calibrated tools, discs and with real world use
Tested with broadcast content (HD/SD), video streams and demo discs
Previous
Philips 42PFL5008T Review Next
3D, Sound and Conclusions Review