If there’s one thing you can say about Parrot, it’s that it’s not afraid to mix things up. One moment it’s making drones, the next it’s trying to keep your plants alive. The French company is now turning its attention to Bluetooth sports headphones. Certainly no stranger to making a decent pair of headphones, as shown by the Zik and Zik 2.0, Parrot announced the Zik Sport at CES 2015, capable of fitness tracking.

These wireless headphones aren’t yet available for gym-lovers and runners to buy, but Parrot plans to launch the Zik Sport before the end of 2015. I couldn’t take them out for a run or get my hands on a working pair, but if the Zik Sport can deliver on all of the features it promises, they have the potential to be a great pair of sports headphones.

What I do know is that the 3D-printed prototype promises a sleek, minimalist look thanks to Phillipe Starck’s design expertise, but without the final materials it’s impossible to tell how the super-slim frame will hold up to the rigours of a workout. The headband is extremely slim and weighs just 75g, giving it a similar look and feel to Sennheiser’s neckband-style sports headphones, except the Parrots are worn on top of the head instead of around. 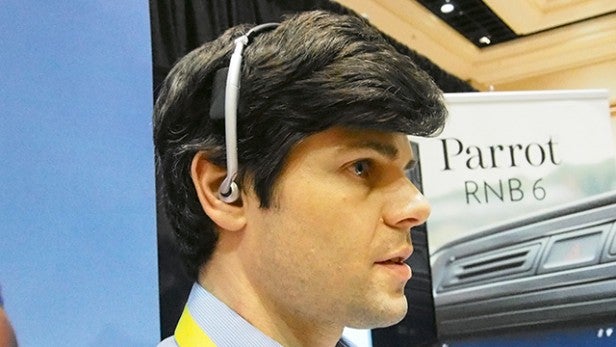 One of the unique design elements are the memory foam pads that sit halfway up the neckband. The idea behind their inclusion is to ensure the head-hugging frame sits more snugly against the sides of the head, especially when you’re enduring an extended workout. Further down, you’ll find the Silicone plastic ear tips, which look pretty standard fare and suggest the frame will play an important part in keeping them firmly in place.

The earbuds are where you’ll find the all-important sensor technology, similar to what’s inside the Jabra Pulse Wireless earphones, to monitor distance and heart rate without a chest strap. Additionally, for keen runners it’ll also be able to provide data based on cadence, ground time and vertical oscillation. The latter determines how much time you spend on each foot when you’re pounding the pavement, and can be valuable data for trying to make improvements to form and staying injury-free. This data is stored and viewed in Parrot’s Sport companion app, where you can get a visual overview of all the biometric data recorded. 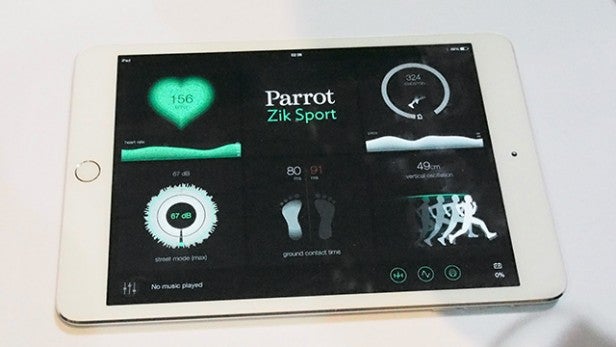 Audio quality is something that, sadly, I didn’t get to experience, but there are some interesting features the Zik Sport promises, such as adaptive noise cancellation to drown out exterior noise, and digital sound processing to create the sense that sound is coming from in front of you. There’s also a dedicated ‘Street mode’ so you can hear ambient noise when you’re out running around busy areas.

It’s difficult to really say much about the Parrot Zik Sport, since I didn’t have my hands on the final product or even get to listen to how they sound. If they manage to muster up anything close to the same audio quality as current Zik headphones, and if the promised fitness-tracking features are up to scratch, Parrot could have a great pair of good-looking sports headphones on its hands.

Price is a factor Parrot has neglected to talk about so far, and if they’re as expensive as the over-ears, then that could be a real turn-off. I hope Parrot gets closer to the £130-£140 mark, but I fear the Zik Sport are likely to cost much more when they launch this year.