It’s easy to get caught up in the Full HD hysteria and write off any HD Ready TV, but that would be a mistake. As I’ve often said, there’s a hell of a lot more to a good HDTV than resolution. I’m not saying that having a Full HD pixel count isn’t a compelling proposition for anyone looking to get the absolute best results from high definition sources like Blu-ray, but that doesn’t mean that an HD Ready set isn’t a worthy consideration for many consumers.


And that seems to be what Panasonic thinks, too, with its latest range of entry-level plasma TVs going down the HD Ready, rather than Full HD route. This particular range is available in three sizes – 37in, 42in and 50in – and it’s the 42in TX-P42X10 that I’ll be looking at today.


Even though Panasonic has been producing Full HD 42in TVs for some time, reducing the size of plasma chambers to that kind of level doesn’t come cheap. Add to this the argument that the benefits of Full HD are more obviously realised on larger screen sizes, and it’s clear that there’s still scope for HD Ready plasma TVs. All that said, in these times of near ubiquitous Full HD resolutions in the LCD arena, an HD Ready plasma, even one as affordable as this one, has to be very good. 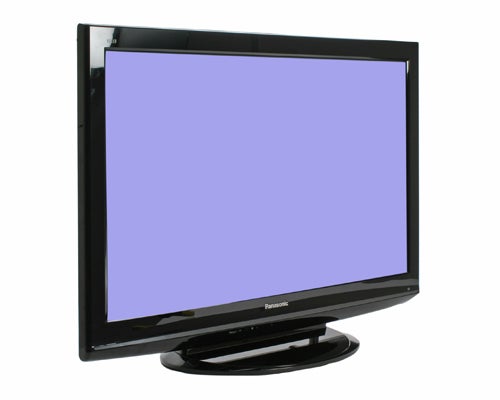 Does the TX-P42X10 measure up to the challenge? To a large extent it does, but there’s no getting away from the fact that this TV has been built to a price. However, considering that you can already find the TX-P42X10 online for as little as £622 including VAT, you’re getting quite a lot for that price.


Aesthetically, this isn’t the best looking TV out there, or even the best looking set that Panasonic has made. That’s not to say that it’s ugly, but the somewhat common glossy black bezel and stand do little to differentiate the TX-P42X10 from the rest of the flat screen crowd. This TV sports an oval shaped base, rather than the square one seen on other Panasonic models, and for some reason I think that it spoils the overall look. Obviously that’s completely subjective, and you may find that you like it. 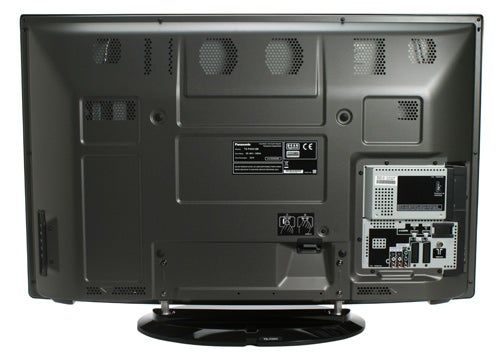 The glossy bezel is pretty spartan apart from the centrally mounted Panasonic logo below the screen and a very subtle Viera tag at the top left. There’s also a discrete and slim hardware power switch just below the logo, for anyone who’s decided that leaving AV equipment on standby is destroying the planet, while still choosing to travel by air for their holiday! The other controls are mounted on the right hand edge of the TV, but it’s unlikely that you’ll ever touch these unless the remote control disappears down the back of the sofa.

Connection options are exactly what you’d expect from a TV at this price point. You get three HDMI ports, a set of component video inputs, two SCART connectors, a D-SUB PC input, S-Video and composite video. There’s also an SD card slot, but before you get too excited, it’s only for displaying images and won’t playback any video formats. And of course there’s a CI slot for adding subscription channels to the built-in Freeview tuner. 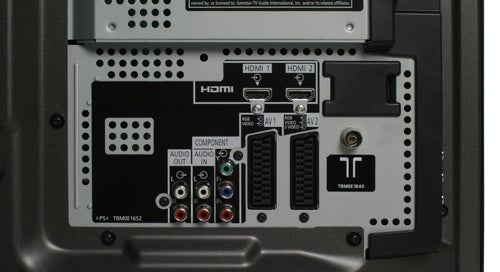 Like the TX-P37X10 that John reviewed a few weeks back, the TX-P42X10 sports a claimed dynamic contrast ratio of 2,000,000:1. Of course the native contrast ratio is quoted at a far more conservative 20,000:1, but it’s worth remembering that these numbers are generally less deceiving on plasma screens as opposed to LCD. Now, I’m not going to tell you that this TV delivers groundbreaking black levels, because it doesn’t. But what I will say is that even an entry-level plasma TV like this produces far deeper blacks than the majority of LCD screens on the market.


While on the subject of image quality, I have to agree with John’s assessment of the 37in variant of this TV and say that it’s not quite as bright as I would have liked. The lack of brightness didn’t alarm me in the way it did John, but then since this is a 42in screen with near enough the same resolution as the 37in, the plasma chambers will be that bit larger, and therefore it should be brighter. That said, anyone buying a plasma TV should already be aware that it’s not designed for viewing in bright sunlight. If you haven’t got curtains or blinds in your living room, plasma probably isn’t for you.

The trade off you’re making for plasma’s lack of brightness in the face of LCD is black level response, which I’ve already mentioned. Viewed in the correct environment, the TX-P42X10 produces good levels of detail in low light scenes, with none of the grey effect that plagues many LCD TVs. Even with the right environment though, I can’t help but think that this TV doesn’t provide as much visual punch as other Panasonic plasmas I’ve looked at. I didn’t, however, notice any of the strange colour casts that John encountered with the TX-P37X10 – well, not while watching HD sources anyway.

Firing up the Blu-ray of ”Taken”, with its dark settings and gritty action set pieces, showed that the TX-P42X10 can handle itself admirably with high quality, high definition source material. There may not be quite the same level of clarity and detail that you’d get with a similarly priced Full HD LCD panel, but I’d take better black level response over pixel for pixel mapping any day. 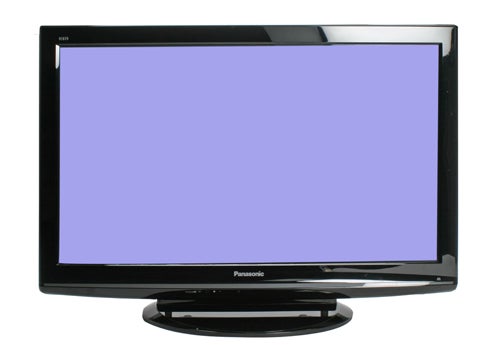 Standard definition fare via the in-built Freeview tuner was surprisingly good. Of course here the HD Ready nature of this TV is a help rather than a hindrance, since the source image is not being scaled as dramatically as it would be on a 1080p screen. However, I did notice some of those slightly suspect colour tones that John mentioned while enjoying the fruits of Freeview. Skin tones suffer the most, with pretty much any actor or presenter looking like they’ve fallen asleep on a sun bed.


To be fair, most Freeview channels tend to be pretty ropey at best, and the TX-P42X10 seemed to reign in its colours somewhat when watching standard definition via DVD.


As with pretty much all flat screen TVs, the sound produced by the TX-P42X10 is adequate, but hardly breathtaking. Dialogue is well resolved at least, but just don’t expect a cinematic experience from big action scenes. It’s unlikely that anyone looking for a plasma bargain like this will be shelling out on a full surround sound system, but a half decent 3.1-channel setup would complement this set nicely. 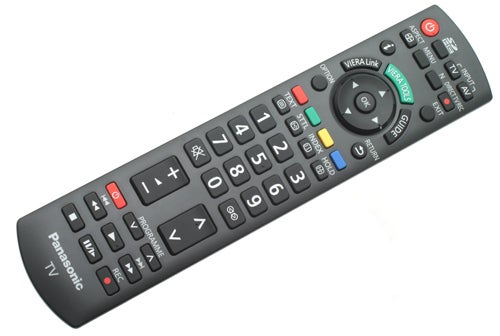 With a street price of £622, the TX-P42X10 represents stunning value for money. In fact, if it wasn’t for the fact that this TV’s big brother – the 50in Panasonic TX-P50X10 – is available for under £800, this would be the plasma bargain of the moment.


As far as picture quality, design and features go, the TX-P42X10 is not Panasonic’s finest hour. However, when it comes to value for money, this set, like the TX-P50X10, beggars belief. It may not be Full HD, and it may not offer the last word in plasma picture quality, but if you’re on a budget and want a screen that will do justice to your high definition sources, the TX-42X10 is well worth considering.