At 50in across, the TX-P50X10 is comfortably the largest screen we’ve seen to date from Panasonic’s massive new range of TVs. And as such, despite sitting relatively low down the new Panasonic pecking order, it should be well placed to give us the most accurate impression yet of just how Pioneer’s plasma technology is moving forward this year.


Before we get into that, though, a surprise: the P50X10 really is quite attractive. Why is this surprising? Because I haven’t been especially enamoured with the designs of Panasonic’s smaller X10 models. Yet strangely, stretching the design to fit around a 50in TV screen seems to bring it to life, emphasising the glossy and robust build quality as well as bringing my attention to the slender nature of the bezel in a way the smaller models do not.


Not surprisingly, though, while the P50X10’s bodywork might look more striking than that of its smaller siblings, in terms of features and connections it’s more or less the same. 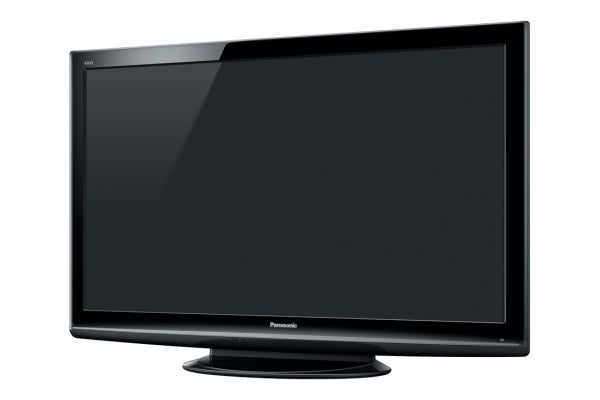 Connections, for instance, include the anticipated three HDMIs, D-Sub PC input and SD card slot for playing back digital stills (but not the AVCHD video files supported by the SD slots on higher-end Panasonic sets).


The set also shares the 100Hz processing found on the Panasonic P37X10 we looked at recently, and rather handily claims the same eye-poppingly high 2,000,000:1 contrast ratio. Plus there’s still the handy new Viera Tools button on the remote, providing direct access to the TV’s JPEG viewing and Viera Link enhanced HDMI functions; and an Eco mode that uses a light sensor on the TV’s exterior to adjust the image’s brightness in response to the light levels in your room.


As usual with a Panasonic TV, the P50X10 is extremely easy to use, thanks to a superbly designed remote control and no-nonsense onscreen menu system. In a perfect world Panasonic would avoid using such vague submenu descriptions as ‘Other settings’ and ‘System Menu’, but for the most part this is definitely a TV your dear old nan will have no problems getting to grips with.


Before getting into the P50X10’s performance, there is one potentially key difference in its specification to run by you. For it provides a 1,366 x 768 resolution versus the 1,024 x 768 resolution sported by its smaller 37in and 42in brothers. This fact has the potential to leave images looking sharper than they do on the smaller screens.

In action, the P50X10 generally – though not completely – reinforces the strengths and weaknesses I noted with the smaller P37X10.


Starting with the weaknesses, the P50X10 shares the colour issues noted with the P37X10. Tones sometimes – quite often, actually – don’t look entirely natural or convincing, especially when watching standard definition. Reds and skin tones can look a bit orange, for instance, and greens occasionally look rather sickly too, especially during dark scenes.


The set also tends to judder a little when watching 24p sources. Not excessively, but enough to catch your eye during slow camera pans such as those on show during the opening credits of ”Casino Royale” on Blu-ray.


I did not, however, feel a lack of brightness in the P50X10’s pictures as much as I did with the P37X10. This may simply be down to the fact that the bigger screen dominates a greater chunk of my retina, making its image seem more striking. Or maybe the greater number of pixels tucked away inside the screen helps it produce more light. But to be honest, who cares. All that really matters is that the picture looks more eye-catching and dynamic. 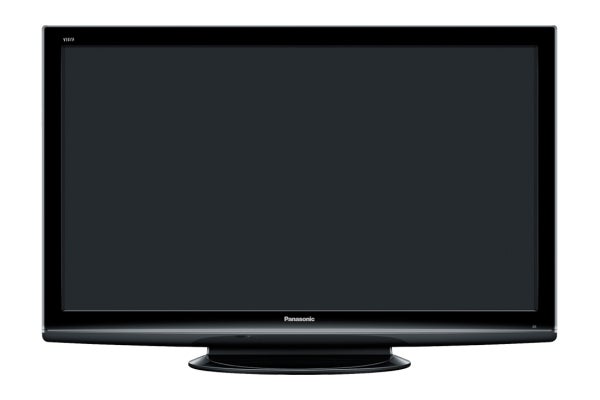 I’d also say that the P50X10’s HD pictures look a touch sharper than those of the smaller P37X10. Obviously, larger screens tend to deliver more impact from HD, but I don’t believe this explains the full extent of the sharpness improvement. It seems likely to me that the screen’s higher pixel count is helping out too, particularly when it comes to picking out really fine details like facial pores or convincingly portraying subtle colour blends.


There is, perhaps, a tiny price to pay for the extra sharpness of the P50X10 in the form of a marginally grittier look to HD fare. But this is seldom if ever distracting, and could even appeal to the ‘grain is more cinematic’ school of thought.


Strengths the P50X10 has in common with its smaller plasma sibling, meanwhile, inevitably kick off with the screen’s excellent black level response. Panasonic has long been one of the finest proponents of this key plasma advantage, and their experience shines through yet again here, enabling the screen to reproduce dark scenes with an authority, naturalism and depth that no standard (as in, non LED) LCD can challenge.


It’s worth pointing out, too, that despite suffering a little judder, the P50X10 still leaves motion looking sharper and more detailed than the vast majority of LCD TVs, thanks to both its 100Hz processing and the fact that unlike LCD, plasma technology doesn’t suffer with any significant response time issues.

The last point I want to make in favour of the P50X10’s pictures is to reinforce something I obliquely hinted at earlier; namely that the colour issues that cause trouble with standard definition pictures really are drastically reduced when watching HD. They don’t completely go; there still occasionally seems a vaguely orange pall over certain scenes. But the situation is so much improved that once you’ve also added into the equation the exceptional black level response, crisp motion and good detailing, HD pictures are frequently capable of looking ridiculously good for a 50in TV which costs, lest you haven’t noticed, only around £800. 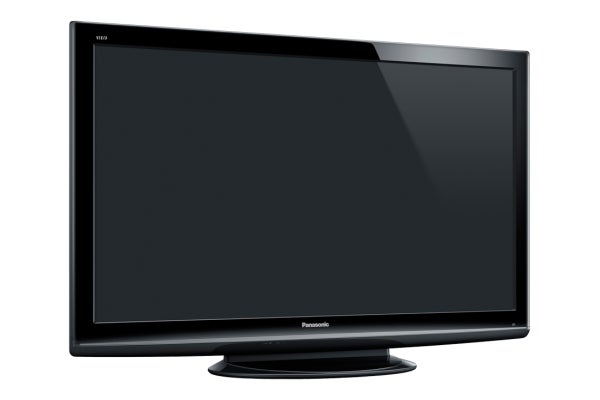 Dragging myself away from those lovable HD images to focus on the P50X10’s audio, the news is again pretty good. The soundstage is cast unusually wide for such an affordable TV, and there’s also just about enough breathing space in the set’s dynamic range to accommodate an action sequence without sounding too flat or muddy.


Just occasionally male voices can sound a little thick and soupy, and of course we’d always recommend that you use a separate audio system with a screen as large as this. But for the most part I really don’t think you’ve got much to complain about given how cheap the TV is.


The colour issues noted with the P50X10’s standard definition pictures stop me being able to give the P50X10 any higher than eight for picture quality, as was the case with the P37X10. But the P50X10’s marginally superior HD efforts and, in particular, its amazing value give me enough ammunition to nudge the set’s overall mark up to a thoroughly deserved nine.