With Pioneer’s plasma business officially down the toilet, and (refuted) rumours recently that LG was thinking of ditching plasma too, Panasonic probably doesn’t know what to do with itself right now.

Should it punch the air in glee at the death of some serious competition to its plasma business, or should it be seriously concerned that the plasma technology it’s championed and invested in for so long just isn’t what mainstream punters want any more?

Not knowing the answer to this question may explain the extraordinary breadth of Panasonic’s new TV range. For it incorporates no less than eight new series of products, taking in LCD as well as plasma technology, covering a vast amount of features (including some really interesting new stuff on the higher-end models), and satisfying a really broad range of price points.

In other words, either Panasonic is feeling so confident it thinks it can try its hand at anything, or else it’s doesn’t quite know where to focus its efforts going forward, and is hoping that the public will help them make the right choices based on whatever sells well from the massive new product range. 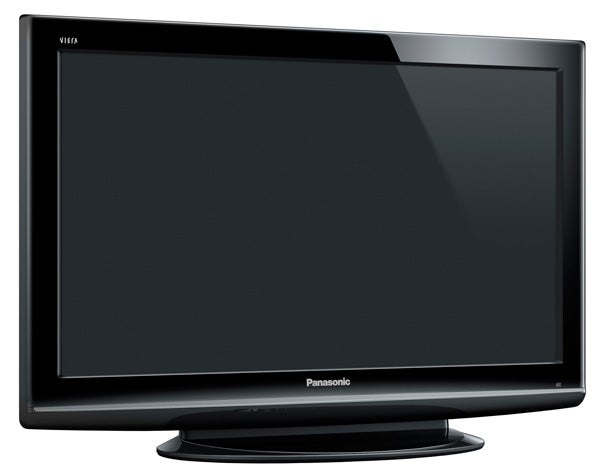 With all this in mind, and with more pressure than ever on Panasonic’s shoulders to fly the plasma flag, it’s perhaps a bit disappointing to discover that the first TV from the new line-up we’ve been sent isn’t one of the brand’s flagship models, but rather a model from the X10 range – a range that sits only one rung up from the very bottom of the latest Panasonic TV pile.

But before I get too deflated, the 37in TX-P37X10’s relatively low-end status means it might well turn out to be one of the brand’s most mass-market propositions. After all, we’ve already found it online for under £600 – a very aggressive price point for a hot-off-the-presses telly from a respected brand.

The P37X10’s price focus is reflected in the TV’s design, it has to be said. It’s glossy enough to not actually be ugly, but it isn’t slim enough, stylish enough or curvaceous enough to stand out in any significant way from today’s insanely crowded shelves.

Things look up a bit with the TV’s connections, though. For its budget price hasn’t stopped it entertaining three HDMIs – one down the side – together with a D-Sub PC port and even an SD card slot. This SD slot is limited to JPEG playback rather than also handling MP3s and AVCHD/MPEG video files, but frankly, it’s nice to find any sort of SD support from Panasonic at this price level.

Not surprisingly, the P37X10’s feature count doesn’t include anything particularly new or ‘fancy’. But it’s not wholly without interest. For instance, 100Hz is on hand to double the frame rate and thus, hopefully, reduce flickering over edges and judder.

The screen also claims a startling 2,000,000:1 dynamic contrast ratio – the ‘dynamic’ bit referring to an Eco mode that can dim the image’s brightness output automatically in response to the ambient light conditions in your room. Worth a mention, too, are a basic colour management mode and a noise reduction system.

All of the features we’ve been talking about are accessible via a typically user-friendly Panasonic remote control, and a new, improved onscreen menu system. Particularly helpful is a new ‘Viera Tools’ button on the remote that immediately brings up a graphics-based shortcut to the TV’s Viera Link functions, a Pause Live TV icon that works in tandem with a connected Panasonic digital recorder if you have one, and the TV’s photo viewing software.

My only complaint about the operating system would be that the main Menu button doesn’t fall readily to hand on the remote. But then I guess most ‘normal’ users who aren’t reviewing the TV won’t have to head into the menus all that often once the TV has been initially set up.

Regular readers will know that we’re generally big fans of Panasonic’s plasma TVs. And I was fully expecting to love this one too, especially given how cheap it is. But sadly for all those crazy conspiracy theorists among you convinced that Panasonic merely buys our good opinion, in this case I only liked rather than loved the P37X10. 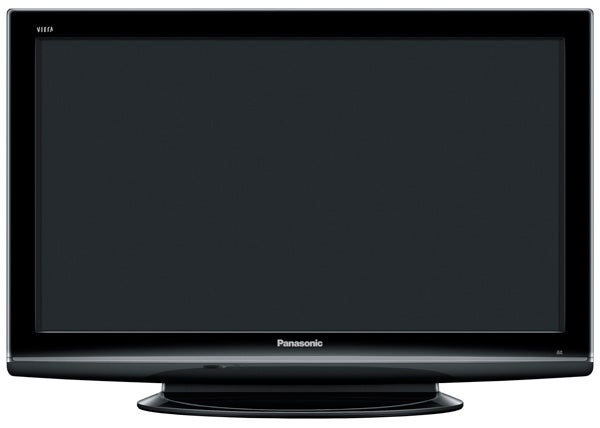 For starters, coming to the P37X10 straight after LG’s Freesat TV debut earlier in the week, I couldn’t help but be struck by how relatively low on brightness the P37X10’s pictures look. After calibration – and with the Eco mode off for testing purposes – the picture really doesn’t leap off the screen at you with much vigour.

This brightness issue is, of course, one of the traditional differences between LCD and plasma technology. But for me the P37X10’s lack of verve is such that it can make its pictures feel slightly muted in any room conditions brighter than semi-darkness.

Another issue is that I wasn’t always totally convinced by the P37X10’s colours. Some darkish scenes appear to have a vaguely green tinge to them, while some skin tones can look a bit orangey.

The screen’s native 1,024 x 720 native resolution possibly also contributes to a sense that HD sources don’t look quite as crisp and detailed as they might, and finally I detected some obvious judder over motion, especially during camera pans – despite the 100Hz engine.

Furthermore, with really low-quality standard definition sources I occasionally spotted traces of a little dotting noise over moving skin tones – a problem once common in plasma circles, but one which I seldom see these days.

If you’re finding all this negativity in a Panasonic plasma review hard to take in, it’s important that I stress that I’ve probably been supercritical with some of my remarks so far, to ensure that you’re fully aware as to why the review doesn’t sport the probably predicted TrustedReviews Recommends badge.

In reality, when looked at in its totality, despite its price-induced shortcomings, the P37X10 is certainly not a bad TV. In fact, at times it’s a damn good one.

It really comes alive with HD, for instance. For despite not delivering that reassuring sense of ultra-sharpness we like to see from our HD sources, the colour issues we mentioned regarding standard definition are substantially reduced, and there’s practically no trace of the motion fizzing noise.

What’s more, the greater dynamic contrast range used by most film – as opposed to TV – sources makes the lack of verve mentioned earlier much less noticeable. Especially since what the TV lacks in peak white intensity it makes up for in black level depth. 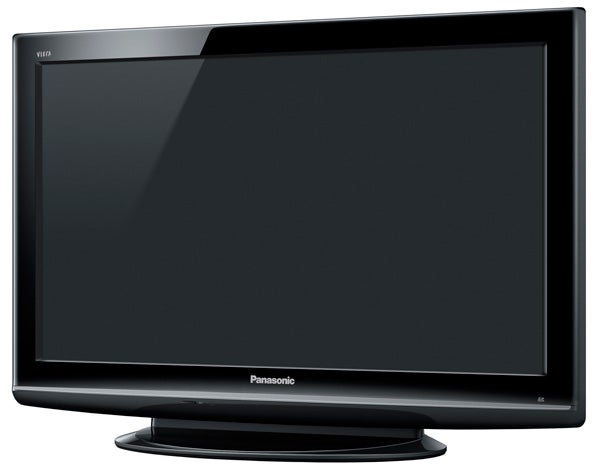 Yes, yet again, despite the P37X10’s knock-down price, Panasonic has managed to deliver a black level response so deep and natural (aside from the occasional greenish undercurrent) that it makes the efforts of any – I repeat, any – similarly affordable LCD rival look like their screens have got condensation in them. And as regular readers will know by now, when it comes to watching films, I personally would always trade a little definition and brightness for black levels this good.

Other praiseworthy aspects of the P37X10’s pictures find both standard and high definition pictures looking impressively free of noise, and motion retaining its clarity and resolution much more effectively than with affordable LCD TVs, despite the previously mentioned judder.

The P37X10 also outperforms most other sets at its price point sonically. The soundstage it produces spreads nicely beyond the boundaries of the screen frame, and the mid-range is impressively open and expansive. Trebles are detailed and clear without sounding harsh, too, and while bass isn’t particularly deep or potent, there’s enough of it around not to leave even an action film sounding thin or muddy.

If you’re a devoted film lover on a tight budget, the P37X10’s stunning black level response is arguably enough in itself to make it irresistible value for money. Certainly it can help many film scenes look more natural and engaging than I’ve seen them look on any similarly affordable LCD TV.

However, the P37X10’s lack of brightness and standard definition colour inconsistencies make it a slightly more considered purchase if you’re after a more general purpose living room all-rounder.