For all their overall magnificence, there are other issues that prevent the P65VT65’s pictures from being entirely beyond reproach. For instance, if you attempt to run them too brightly, with too much contrast, in a bid perhaps to counter a bright room environment, you’ll find pictures start to be afflicted by some very noticeable green dither noise in dark areas. This can be slightly evident, too, during some very dark 3D scenes, as the screen has to run harder with 3D to counteract the dimming effect of the 3D glasses. 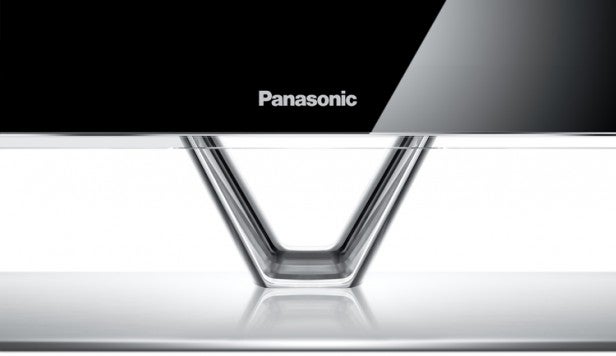 We also found standard definition to look a touch noisier and softer than expected. Obviously it’s always going to be difficult to upscale the UK’s generally rather grubby standard def broadcasts to a screen that’s 65 inches across, but having seen the excellent job Samsung’s rival PS64F8000 and even more amazingly Sony’s 4K 65X9005A can do with standard definition, we can’t help but feel the P65VT65 could have done a little better.

That said, of course, anyone who buys a screen like the P65VT65 and feeds it anything other than HD for as much of the time as humanly possible needs their head examining.

You also have to be careful with motion settings on the Panasonic P65VT65. For if you turn off the P65VT65’s Intelligent Frame Creation motion processing, pictures are quite distractingly affected by judder and fizzing noise over moving objects. Especially with50Hz sources. But if you set the IFC on too high – certainly to its Max level, and even arguably its Mid level – then pictures start to look unnaturally fluid and occasionally can exhibit some slight haloing around moving objects. Just as well, then, that the motion processing on its Minimum setting, delivers a pretty comfortable (though still not quite a perfect) balance. 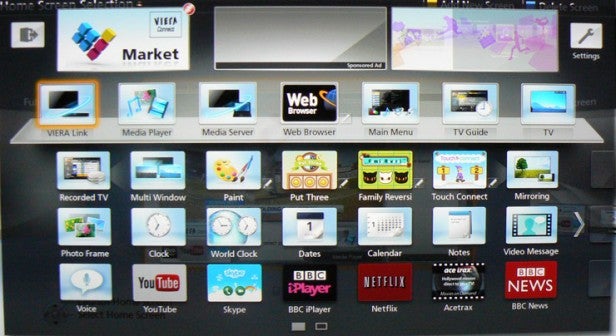 If you’re salivating at the prospect of gaming on the P65VT65, we have good news for you. For with the set’s Game mode active and all aspects of the TV’s video processing deactivated, we measured a very respectable input lag figure of just 33ms.

As noted earlier, the P65VT65 uses front-firing speakers for greater immediacy and clarity. And it also boosts bass performance by sticking a startlingly large 75mm subwoofer on the set’s backside. As hoped, these two key audio features pay off pretty handsomely, producing a soundstage big enough to do even the P65VT65’s images justice.

The only complaints are that some surprising fan noise from the TV can be heard during quite moments, and that at really high volumes with really dense audio mixes trebles can sound a little too dislocated from the lower end of the audio spectrum, leaving them sounding a touch shrill. All the same, the P65VT65 resides comfortably in the premier league of TV audio performance.

If you’re a serious film fan able to cope with the P65VT65’s enormity, then there are precious few reasons why you shouldn’t by one. Its picture quality is sublime unless you’re running its contrast/brightness too high or you’re feeding it low-quality standard definition, and its Smart interface is the most friendly we’ve seen. 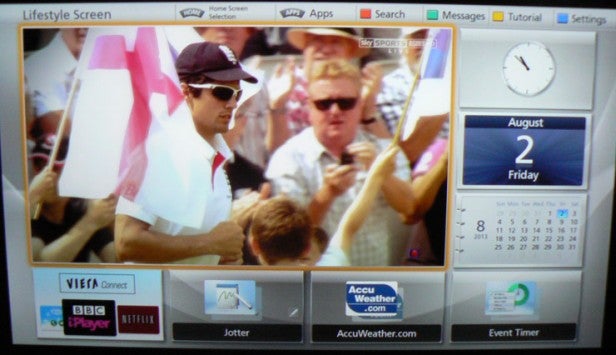 If money’s no object you could consider stepping up to Panasonic’s mighty – but five inches smaller – P60ZT65, with its even better contrast and colours, or you think of the future and punt out thousands more on the terrific, 4K-resolution Sony 65X9005A.

Easily the most direct competitor for the P65VT65, though, is the Samsung PS64F8500. This 64-inch plasma model marks a huge step forward for Samsung’s plasma technology, combining an excellent black level response with the brightest pictures we’ve seen a plasma TV to date. This makes the PS64F8500 arguably a superior option to the Panasonic if the room your new TV is going into is bright for most of the time. Though for a dark room we’d still take the slightly better black level response of the P65VT65.

Although you have to be careful with some of the P65VT65’s settings, it doesn’t really take much effort to get Panasonic’s big boy producing sensational pictures that will have film fans in particular drooling.