It’s been a hit and miss year for Panasonic on the picture quality front, with its plasmas excelling but most of its LCD screens struggling versus the competition thanks to a palpable lack of contrast – or, to be more accurate, black level depth.

We were hopeful even before switching the Panasonic L32E6 on, though, that it might dodge this potential flaw. The thing is, it doesn’t carry 3D support, which means it doesn’t have to use one of the contrast-limited passive 3D panels employed by its 3D-capable sets.

To put this to the test right away, we fired up an array of the darkest movie Blu-ray sequences we could think of – and as hoped, the L32E6 handled them very capably for such an affordable set. The panel’s black level response is an order of magnitude better than that of Panasonic’s more expensive 3D sets, and also avoids the sort of rectangular light blocking artefacts witnessed on Panasonic’s local dimming models. 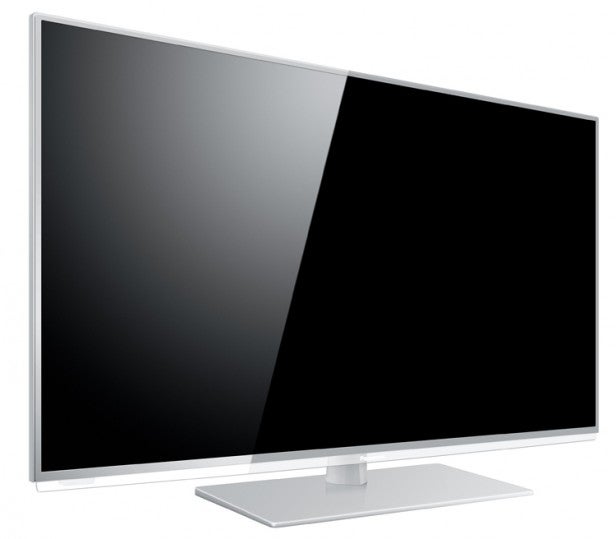 To be clear, we’re not talking here about a contrast performance to rival the inky blacks witnessed on high-end LCD TVs this year like the Sony 40W905A or Samsung UE40F8000, which have both deeper black responses and more shadow detail in dark areas. But blacks on the Panasonic L32E6 are certainly deep enough, stable enough and even enough (in that there’s no severe backlight clouding in the image’s corners) to stop you from feeling distracted by the set’s lighting system when watching dark material.

Despite achieving credible black levels, though, the Panasonic L32E6’s pictures are also likeably bright and dynamic, with bold colours and clean peak whites able to co-exist in the same frame surprisingly convincingly with very dark colours. Thankfully this remains the case, moreover, without you needing to employ the rather basic adaptive backlight feature.

Also very impressive for its price is the L32E6’s colour response. As well as enjoying a level of vibrancy beyond that of most 32-inch TVs, it also delivers both a more natural and a more finely nuanced colour palette than you’ve any right to expect for £360.

As mentioned in the Set Up section, too, there’s enough flexibility in the TV’s calibration options to give you almost infinite control over exactly how colours look – including being able to get impressively close to the key Rec 709 standard if that’s your preference. Rec 709 is an HDTV colour standard.

Sharpness levels with HD are good too. Not quite excellent; we’ve have seen a more emphatic sense of HD clarity from some other sets this year – including Panasonic’s own higher-end LCDs. But you’re never in doubt that HD is HD, which is good enough when you take into account the Panasonic L32E6’s relatively small size and low price. 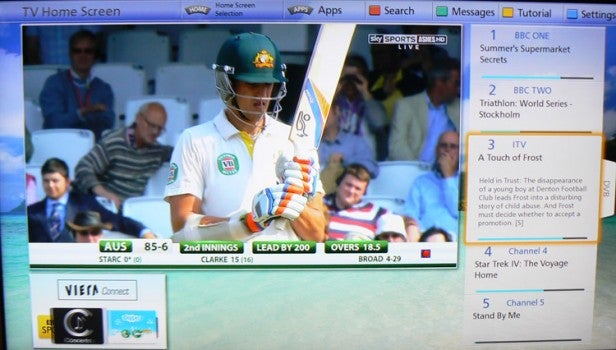 So are there any areas where the L32E6’s budget nature does become apparent? A couple, perhaps. The most obvious one is the noticeable loss of resolution and sharpness over moving objects. This is a common problem with LCD technology, of course, and we’re certainly not suggesting that there are many other, similarly affordable 32-inch TVs around that fare much better. In fact, there are plenty that fare considerably worse. But if you’re looking for a reason to spend more on your next TV, the slightly soft motion is it.

While we’ve mostly praised the Panasonic L32E6’s handling of dark scenes, meanwhile, there is a slight blue undercurrent to the blackest corners at times that no amount of fiddling with the multifarious colour adjustments ever completely shifts.

So we can finish on the high the L32E6’s picture efforts mostly deserve, though – its standard definition upscaling is exceptionally accomplished for its price. Its most important strength is that it’s able to spot and remove noise from standard def sources before interpolating the extra pixels necessary to remap the image to the panel’s full HD pixel count.

The previously mentioned motion softness is more evident with standard def and there’s marginal slippage of the set’s colour accuracy with standard definition sources too. But neither of these issues is a big deal for the L32E6’s money.

Used as the main TV for the review period
Tested for more than a week
Tested using industry calibrated tools, discs and with real world use
Tested with broadcast content (HD/SD), video streams and demo discs
Previous
Panasonic TX-L32E6 Review Next
Sound Quality and Conclusions Review