Contrast performance is rather good. Black colours of striking depth are delivered with only the faintest traces of backlight inconsistency – so long as you’ve exercised caution with the backlight setting, that is. This is achieved without taking so much brightness out of proceedings that light elements of predominantly dark shots look excessively dull or muted.

The TX-50CX700B also delivers these superb black levels without crushing out shadow detail, which means dark scenes don’t suffer with the hollow, flat look so often seen on affordable LCD TVs. This makes for a much more consistent and engaging viewing experience – one that continues to “sell” the screen’s 4K attributes even when there isn’t much light in the picture to work with. 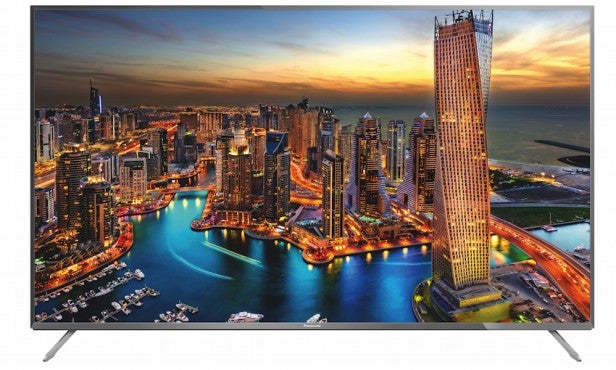 Particularly outstanding is how well the TV is able to resolve tiny shifts in colour tone to keep them looking superbly natural and balanced, even in the darkest parts of the picture. Many LCD TVs struggle to do this.

The balance and finesse of the TX-50CX700B’s pictures is a testament to the quality of Panasonic’s latest 4K processing engine, and its keenness to deliver a truly immersive picture. This will surely endear the TX-50CX700B to serious film buffs, and it’s great to see Panasonic’s long obsession with image authenticity now being married to core LCD technology capable of supporting it.

The TX-50CX700B’s rich greyscale and colour-gradation support makes it a mostly impressive purveyor of native 4K content too, with only a little motion softness taking the edge off things. More on this in a moment.

When it comes to upscaling HD to the screen’s Full HD resolution, Panasonic does a supremely effective job of keeping noise out of the image, even without noise-reduction processing in play.

There is a trade off in sharpness and detail when compared with some upscaling systems – especially the latest from Sony. But again, we imagine serious picture enthusiasts will warm to the gentler upscaled results of the TX-50CX700B. Especially given the degree of finesse the system delivers once more when it comes to colour reproduction.

So for the majority of the time, the 50CX700B delivers a picture so good you get truly lost in it. But inevitably, it isn’t flawless. 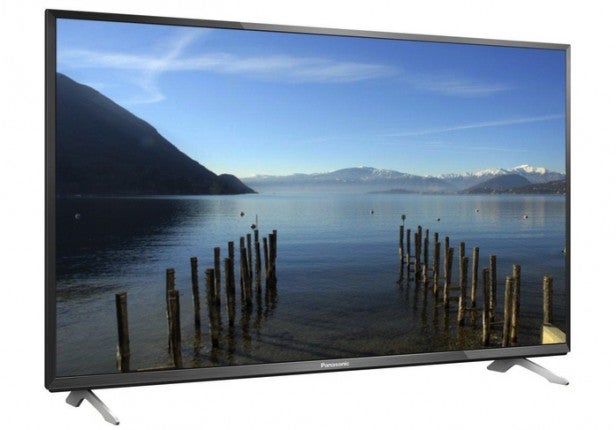 First, while its contrast creates a good impression thanks to the unexpected depth and its handling of black, the lighter elements of dark scenes aren’t rendered with as much punch as they are by some of this year’s rival TVs. This includes Panasonic’s own TX-50CX802 model, and especially Samsung’s SUHD TV series.

A bigger issue is that we didn’t feel wholly comfortable with the TX-50CX700B’s handling of motion. With motion processing turned off, or when using it at its lowest setting, pictures suffer noticeable loss of resolution during motion. There’s some judder too, which is actually more noticeable with motion processing set to minimum than when it’s switched off.

Such motion issues are, of course, more noticeable with 4K UHD content, where any area of the picture that detracts from the exceptional resolution elsewhere stands out like a sore thumb. As a result, we opted for motion processing to be set in the middle, as it delivered a good compromise between removing judder and blur, and the occasional edge artefact and rather “TV like” feel created by the processing.

Panasonic’s upscaling system starts to break down when asked to work on standard-definition digital broadcasts – although the TX-50CX700 is hardly alone in this. The other small issue is that while we’d recommend using the Adaptive Contrast feature to achieve optimal contrast performance, it can occasionally cause some slightly distracting shifts in the image’s overall brightness. Fortunately, this is usually only an issue with particularly contrast-rich content.

Used as the main TV for the review period
Tested for more than a week
Tested using industry calibrated tools, discs and with real world use
Tested with broadcast content (HD/SD), video streams and demo discs
Previous
Panasonic TX-50CX700B Review Next
3D, Sound and Conclusions Review