What is the Panasonic Lumix GX8?

The Panasonic Lumix GX8 is a compact system camera that looks more like an old rangefinder model than your average CSC. It’s big, offers as many controls as the cockpit of a jet plane and an excellent EVF too.

Its £1,000 body-only price puts it in the sights of top cameras such as the FujiFilm X-T1 and the delightful Olympus OM-D E-M5 II. But the GX8 offers something a little different from those models, with its hardware design and – what is unusual for such cameras – its complete set of video abilities. 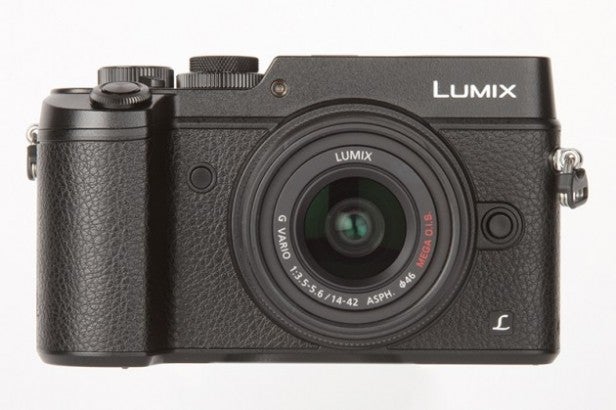 The Panasonic Lumix GX8 is a large camera, especially among CSCs, and it’s significantly bigger than the similar-looking GX7. It also bears a resemblance to the FujiFilm X-Pro 1 – an excellent camera when it arrived in 2012, but a design its maker subsequently ditched in favour of something smaller and more ergonomic.

A camera of such as size comes with pros and cons – and the GX8 may take some getting used to. While it has a high-end magnesium alloy body, it doesn’t feel quite as strong and expensive as the FujiFilm X-T1. This might have something to do with the small plastic buttons on the rear of the unit.

We expect the Panasonic Lumix GX8 will survive abuse for years just as well as any other high-end magnesium-alloy camera, though. In addition, the GX8 is weather-sealed, so as long as this is matched with a weather-sealed lens, it’s a camera you’ll be able to use in pretty horrible conditions without worry. 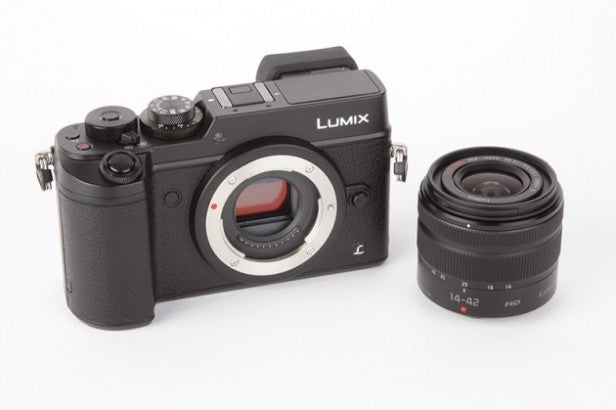 The GX8 doesn’t quite have the design charm of the FujiFilm X-T1 or Olympus OM-D EM-5, however, lacking the panache of its most stylish rivals. It’s a bit of a rectangular brick. The GX8 is available in an all-black version, which you see here, or with a silver top panel for a classic two-tone look.

Although the GX8’s size means it isn’t as portable as we’d like, on the flipside it has plenty of room for a large hand grip and a number of controls. 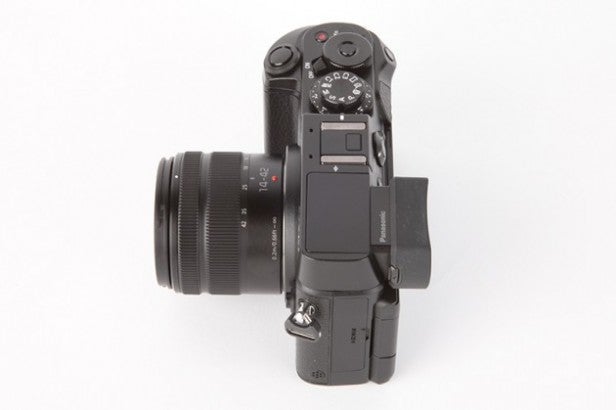 The Panasonic Lumix GX8 offers a comprehensive array of manual controls, alongside a number of customisable function buttons to let you fine-tune operation to suit your needs. There are no fewer than 13 buttons on the rear of the unit – so many, in fact, that at times we found it difficult to remember exactly which was set to do what. A button up top also lets you quickly alter the function of the control dials.

The GX8 features four dials on the top plate: the main mode dial, a dedicated exposure dial and two electronic control dials whose function will depend on which mode you’re using. The Panasonic Lumix GX8 has the feel of a serious camera, one that offers the control more enthusiastic photographers are after. Although some of the buttons on the back of the camera are quite small, the dial layout is sensible and feels good.

There’s even a switch on the back to select continuous, single AF and manual focusing – something you don’t often see in a CSC camera. 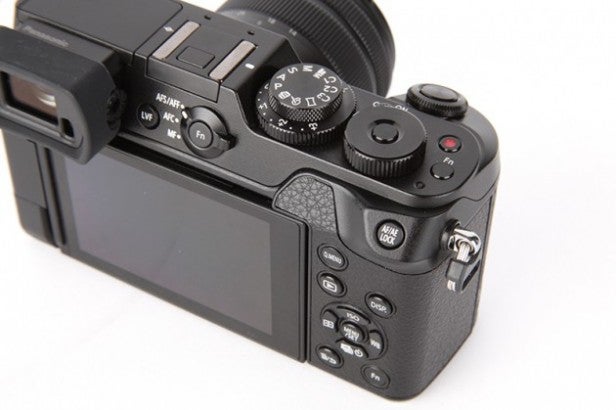 One feature that separates the Panasonic Lumix GX8 from other CSCs is its electronic viewfinder. It specs are on par with top-quality rivals, but its position and style are a little unusual.

It sits on the edge of the Panasonic Lumix GX8, rather than its middle, and it can be swivelled upwards. This makes it usable even when shooting at awkward angles/levels.

While its position takes some getting used to, in general it’s an excellent EVF.

Image quality is great too. The Panasonic Lumix GX8’s viewfinder offers a resolution of 2.36 million dots and magnification of 0.77x. Its clarity is in line with high-end DSLRs and its rival, the FujiFilm X-T1 – so much so, in fact, that you can just turn off manual focusing. 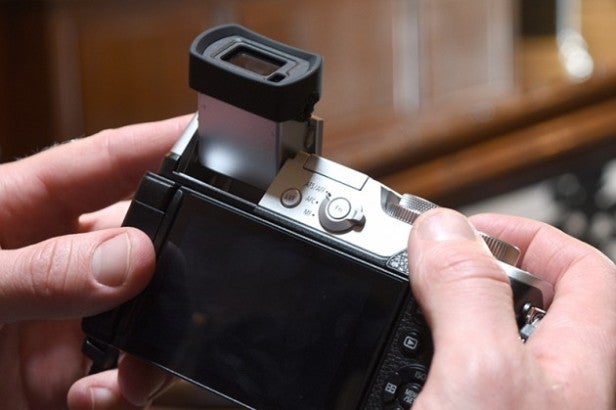 It uses an OLED panel, famed for their contrast but occasionally let down by their over-egged colour. With the GX8, however, colours are fairly accurate and natural-looking.

The rear screen uses an OLED display too, and once again it’s sufficiently tamed to be a good judge of images.

It’s a 3in touch display with a 1.02-million dot resolution, which you prod to select a focus point. Many CSCs use a tilt display, which isn’t quite as flexible. This one folds out and away from the camera body, enabling you to monitor the preview image from all sorts of weird and awkward angles.

The only issue here is that its motion becomes restricted as soon as you plug any accessories – such as an external mic – into the Panasonic Lumix GX8.

Next
Performance, AF and Features Review