What is the Panasonic Lumix GX7?

The Panasonic Lumix GX7 is Panasonic’s answer to the likes of the Fujifilm X-E1 and Sony NEX-7: an advanced compact system camera (CSC) aimed squarely at enthusiast photographers, not the mainstream like the recent Lumix GF6.

With competition in this arena mounting, Panasonic has a lot riding on this camera that replaces the Lumix GX1 at the top of its CSC range. Indeed, Panasonic considers the GX7 to be its best camera yet, so let’s take a closer look to find out if its optimism is justified.

See what the GX7 is up against in our best cameras of 2013 round-up. 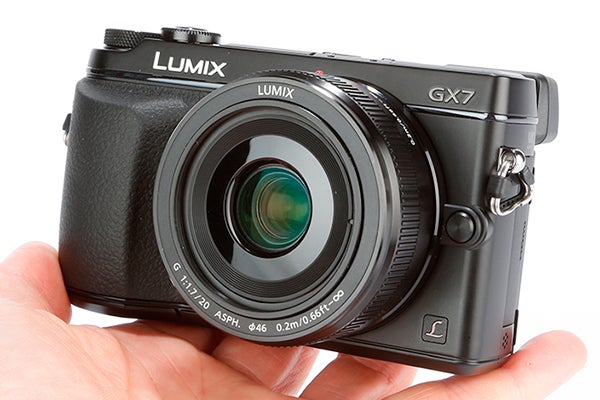 Panasonic has gone back to the drawing board for the GX7. While the odd jump from GX1 to GX7 is probably a marketing move to avoid the impression that the GX range is somehow inferior to the longer running GF range, it’s apt considering the huge number of modifications and improvements.

For example, where the GX1 featured an optional EVF that  attached to the camera via a hotshoe and accessory port, the GX7 now has a built-in electronic viewfinder (EVF). The EVF offers a 2.7m-dot resolution, which is in keeping with the best on the market, while the 0.7x magnification is also reasonable. 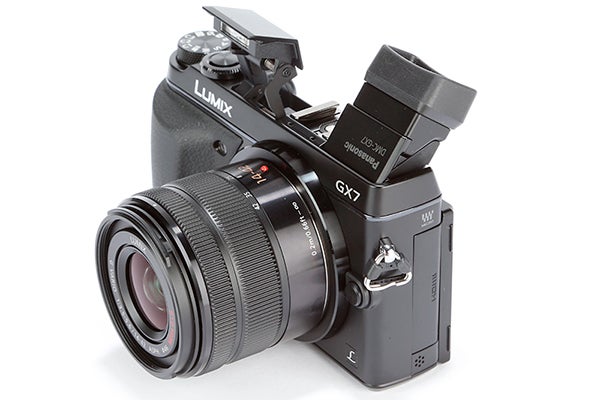 What’s really eye-catching about the EVF, however, is its tilt functionality. It can be raised up from the body at a 90 degree angle and thus viewed from above the camera for framing at low angles. There’s also an eye sensor so it automatically activates.

As is becoming commonplace on Panasonic cameras of late, the GX7 features the dual connectivity combination of both Wi-Fi and NFC functionality. Both Android and iOS users can transfer and share images on the go using the free Panasonic Image app. 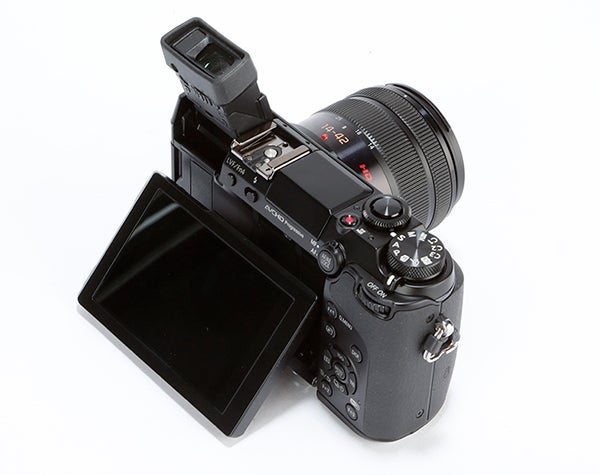 Although the GX7 features the same 16MP resolution as its predecessor and the majority of Panasonic’s range of CSCs, the sensor itself is completely redesigned.

The circuitry on the system has been engineered and reduced, and as a result it now features larger photodiodes on the same surface area, which should benefit performance at high ISO settings.

The sensor is paired with Panasonic’s Venue Engine image processor that itself has been redesigned and should also help deliver better ISO performance across the 200-25,600 ISO range.

The Venus Engine is accompanied by Panasonic’s Light Speed AF technology, which promises focus speeds of as little a 0.06 seconds thanks to a data read out time of 240fps.

Other impressive speed figures include a maximum continuous shooting speed of 5fps using single AF with the mechanical shutter, or up to 12 frames at 60fps is you decide to use the electronic shutter.