What is the Panasonic Lumix GF6?

Panasonic launched the very first compact system camera (CSC) in 2008 in the form of the Lumix G1, but its range has since developed and is now split into three distinct threads – the high-end ‘GH’ series, the intermediate ‘G’ series and the entry-level ‘GF’ collection.

The GF6 is the latest model in this entry-level collection, targeted at those making the step up from point-and-shoot cameras. It offers a range of high-end technologies along with a host of features targeted at usability.

Not what you’re looking for? Read our best cameras 2013 round-up. 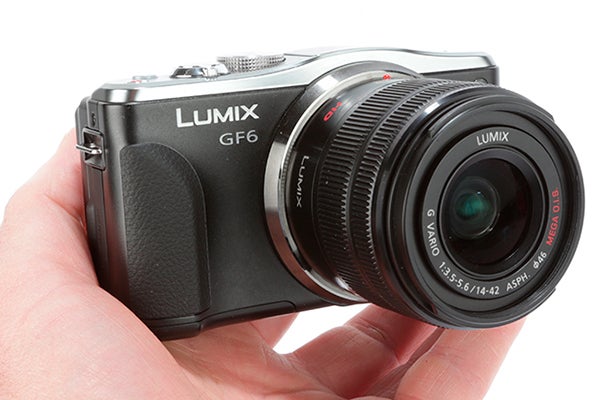 One of the key new additions to the Panasonic GF6 – in comparison to its predecessor, the Lumix GF5 – is a newly designed sensor. The GF6 now has a 16MP Live MOS sensor, a considerable 4MP increase on the GF5.

The sensor is paired with a new and upgraded Venus Engine image processor aimed at improving performance at higher ISO settings. The engine promises a two-stage noise reduction process, which will in theory aid this performance, as well as improved dynamic range and colour reproduction.

As is becoming increasingly common with newly released CSCs, the Panasonic GF6 features a full repertoire of connectivity. This includes both Wi-Fi functionality and Near Field Communication (NFC) technology. 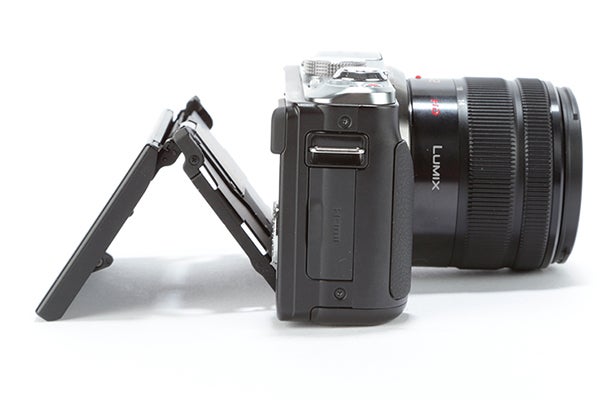 The Wi-Fi connectivity in question here allows for both the wireless transfer of images between the GF6 and a Wi-Fi enabled smartphone, tablet or laptop, as well as the remote operation of the camera through a dedicated application.

The NFC connectivity, meanwhile, allows for the simple transfer of images from the camera to similarly NFC-enabled devices through just touching the camera up against the device.

Going back to the new additions found on the GF6, the most obvious of these is most likely the LCD screen found on the rear of the camera. Although it’s the same size as that found on the predecessor, it has a higher resolution of 1040k-dots compared to 920k-dots.

The real development, however, is that it’s now of the vari-angle variety. The screen itself can now be pulled away from the body to tilt downwards at roughly 45 degrees and also flipped upwards at an angle of up to around 180 degrees, and as such can be viewed from in front of the camera.

It’s touch sensitive, too, which allows touch focus, touch focus point selection and touch shutter, as well as full access to the camera’s menu system. There are still a healthy number of physical controls, however, if that’s what you prefer. 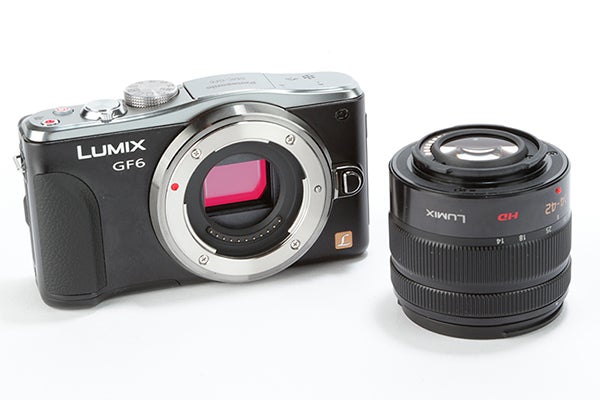 As you’d expect for an entry-level CSC, the GF6 maintains a range of shooting options to make taking photos as easy as possible. These include 23 scene modes and 19 creative filter settings, all of which offer impressive effects with just the click of the shutter.

Next
Design and Features Review