What is the Panasonic Lumix GH4?

It’s not always the case that the launch of a new CSC heralds a major technological advancement, and quite often it’s a case of an incremental progression of the models that came before it. There are exceptions, however, just take a look at Sony’s recent innovation of placing a full-frame sensor in to a CSC body with the A7 and A7R as an example.

The new Panasonic Lumix GH4 is another such exception, as it arrives as the first CSC to offer 4K video – the very latest in high resolution video capture. It’s not all about video with the GH4 as the model inherits a host of the high-end features that have made the GH series so popular to date, as well as offering a host of improvements over its predecessor.

On paper at least, the GH4 looks like one of the very best CSCs on the market, so let’s take a closer look to see if that’s the case. 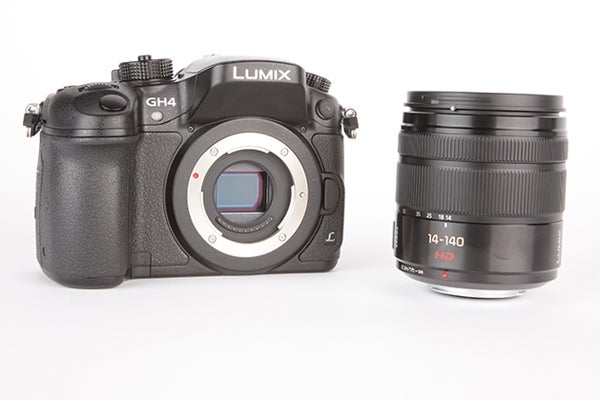 At the core of the GH4 sits an all new 16.05MP APS-C CMOS sensor, a chip developed specifically for the new model. As you might expect for a camera capable of such impressive video performance, the new sensor is designed so as to facilitate faster response and read-out times than the GH3.

The sensor also provides an extensive native ISO range of 200-25,600, once again a substantial increase on the model’s predecessor. While the GH4 remains an impressive still image shooter, the real USP of the camera is the model’s video capture capabilities. 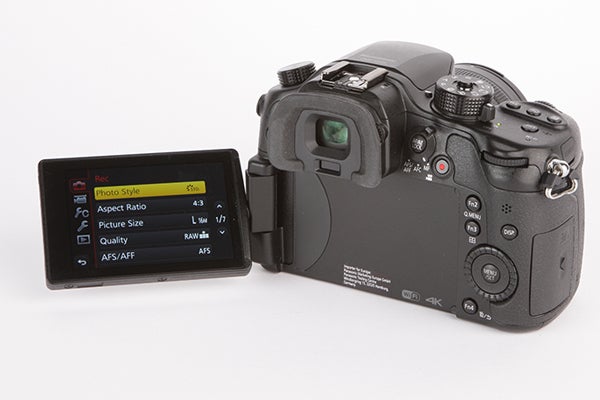 As mentioned previously the model is capable of shooting 4K video at up to an ultra-high bitrate of 200Mbps. The GH4 also offers extra versatility in output video file formats, including MOV, MP4, AVCHD and AVCHD progressive so as to suit whatever editing software or style you prefer.

As you might expect, to handle this much information the GH4 will need to have some fairly hefty processing power under the bonnet. This is very much the case as the GH4 packs the new Venus Engine image processor as well as a quad-core CPU specifically aimed at making video capture as smooth as possible. 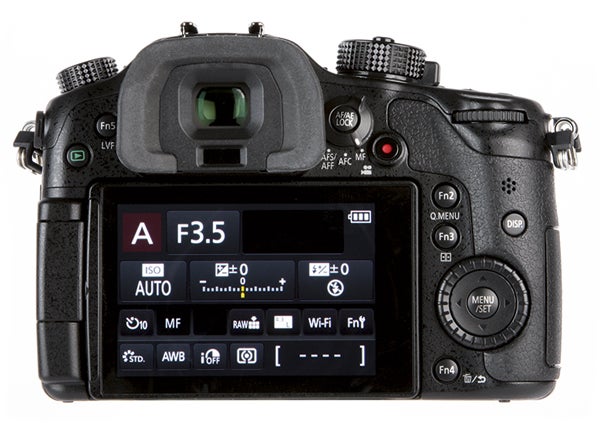 Another area of the camera’s performance which has been improved is auto focusing. The model sports an AF system complete with 49 precision contrast-detect AF points as well as Panasonic’s own ‘Depth from Defocus’ technology, with the whole system delivering AF speeds of as little as 0.07 seconds.

When it comes to image composition and review, Panasonic has equipped the GH4 with a pair of well-specced options. The rear of the camera houses an eye-catching 3-inch 1,043k-dot vari-angle touchscreen OLED monitor complete with a 3:2 aspect ratio, rather than the 16:9 aspect ratio seen on some other Lumix CSCs.

The GH4 also sports an all-new OLED viewfinder complete with 100% field of view and a resolution of some 2.36-million dots.