The Panasonic GF6 is certainly one of the smaller CSCs on the market, although this is understandable when you consider its entry-level status and its target market of compact camera upgraders.

Despite its small size, the GF6 handles well. It has a grip on the front that, while by no means large, makes the GF6 easy to hold, especially as there’s a small rubber thumb rest on the rear of the camera as well.

The GF6’s controls are logically positioned and most allow one-hand operation should the need arise, and the buttons feel solid and reassuring. The only control that really irks is the ‘iA’ button placed on the camera’s top plate. Its location means it’s easily pressed when operating the camera and, although it’s not the end of the world as the iA setting produces good photos, it could be better placed. 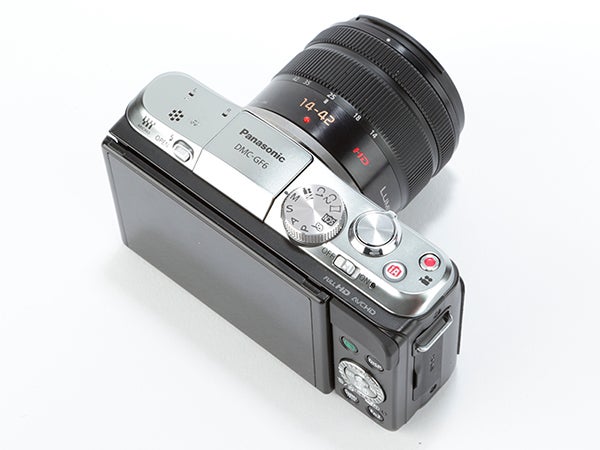 The GF6’s compact dimensions make it one of the smallest cameras in the entry-level CSC field. Despite its small size, it’s relatively chunky and weighs in at around 290g. Although this makes it one of the heaviest of its type, the weight is largely down to the GF6’s solid metal chassis and as such it’s a fair compromise to make.

The GF6 isn’t just well-built, either, as there are lots of nice bits of attention to detail. One example is how the camera’s tripod bush is located in the correct position directly in line with the camera’s lens – a small feature often overlooked by CSC manufacturers.

Another is the camera’s pop-up flash. Again, unlike some of its competitors who use slightly flimsy units, the pop-up flash on the GF6 springs out from the body with an assuring snap and feels solid when in use. 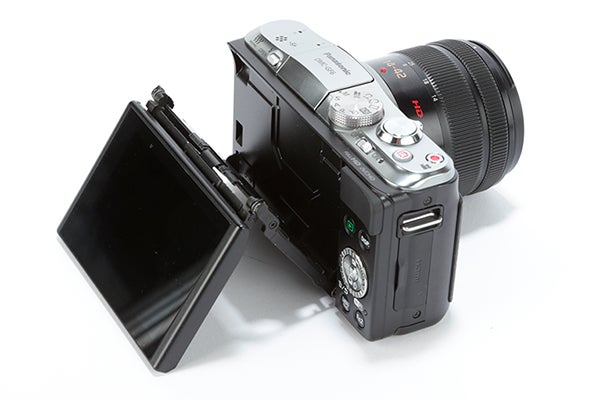 The Panasonic GF6, on the whole, delivers a good level of performance which is more than in keeping with its entry-level status, if not exceeding what one would expect from such a camera. That’s not to say that it’s without its flaws, however.

One such flaw is the camera’s Wi-Fi performance. Setting up the remote capture functionality is particularly complicated – it took us around half an hour of head scratching before we got a connection, and even then the connection wasn’t very reliable.

The presence of the Wi-Fi, NFC and various other technologies also places quite a burden on the camera’s battery. Panasonic claims that the GF6 will manage around 330 shots on a single charge, but during testing the camera was down to a single bar with just an afternoon’s shooting with little review of images on the camera’s LCD screen. If you were to use the Wi-fi and NFC technology extensively, you could expect this would hamper battery life even more so, and as such it could be an idea to invest in an extra battery. 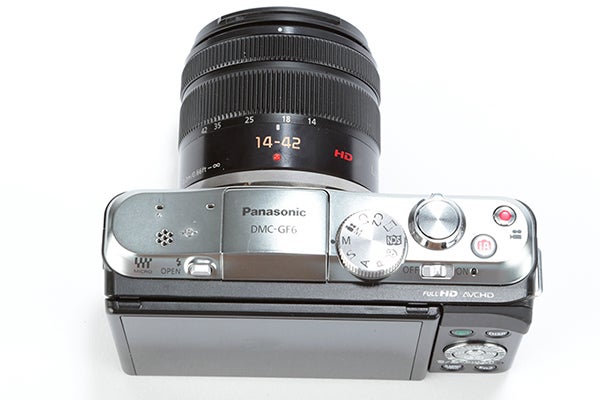 There are also issues with the GF6’s touch screen. The buttons are on the small side and anyone with larger fingers will definitely struggle to use this method accurately. That said, the physical controls mean you can avoid the worst issues.

So those are the niggles, but there are plenty of highlights, too, its general speed being one of them. The camera powers up, can focus and take a picture in a little more than a second, which is as fast as any camera on the market.

The GF6’s shot-to-shot speed is also rapid, and in JPEG mode the camera be ready to shoot another image after capture in around just 0.6 seconds. There’s little sign of slowing when shooting RAWs either, and the GF6 can continue shooting them continuously until the memory card is full.

When shooting Raw and JPEG files the buffer does fill up after around five shots, although this is generally in keeping with other cameras in its class.

The model’s AF system is also rather impressive. Its speed is so fast that any delay is generally imperceptible, while it also manages to deliver this level of performance in low light and difficult shooting conditions.