Owing to the extra demands that a constant
f/2.8 aperture places on the optics, the FZ200’s lens barrel is
substantially wider then what’s found on many equivalent 24x superzooms.
Thankfully this extra bulk is put to good use with a set of handy focus
and zoom switches positioned on the left-hand-side of the lens that all
fall within easy reach of the thumb – particularly useful for when
holding the camera underhand for shooting video. You’ll also find a more
traditional zoom toggle wrapped around the shutter release button,
allowing you to use whichever one feels more comfortable. 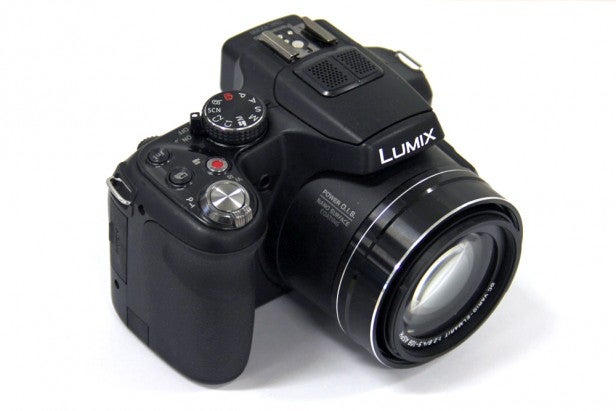 Although
such a bulky lens could cause the camera to feel unbalanced, this is
certainly not the case with the FZ200 – especially when held with both
hands as you would with a DSLR. Not only does the FZ200’s body feel well
proportioned, but the generous handgrip also gives you something to get
a firm hold of the camera with.

In terms of operation, the
FZ200 is well suited to more advanced users, with direct access to many a
manual setting dial, but it’s equally easy to simply flip it into
automatic mode and fire away. Up top is the main shooting mode dial,
which offers up the PASM, auto and scene. In addition, the FZ200 also
offers three ‘Fn’ (Function) buttons located around the body, with two
on the back of the camera and one on the top plate. These can be
customised to offer direct access to a range of shooting settings, while
a Quick Menu button on the back also allows you to open up a stripped
back menu of all the camera’s main shooting parameters.

The
FZ200 employs the same proprietary ‘Light Speed AF’ technology that’s
found in the company’s more advanced ‘G-series’ compact system camera
range, such as the Panasonic G5.
We’ve long found this to be among the most impressively fast autofocus
systems available, leaving us with little reason to doubt Panasonic
claimed 0.1sec focussing speed. Combined with the lens’ fast aperture
this makes a significant difference to the cameras usability when used
at it’s more extreme telephoto end. Traditionally cameras tend to
struggle to focus the more you zoom in but here it remains lightning
fast in the vast majority of conditions. 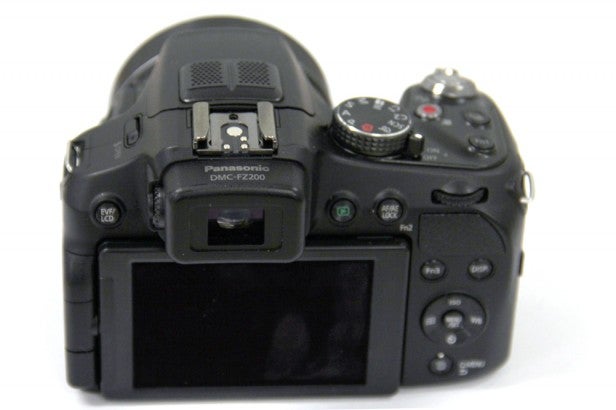 With
either the lens-mounted or top-plate zoom control held down the FZ200’s
lens travels smoothly through its range – from 25mm to 600mm – at a
respectable speed. We found that the zoom lever located on the side of
the lens has an especially smooth travel too, again making it the choice
for video. Should you want to take manual control over focusing, for
example when shooting at the telephoto end of the focal range or when
shooting macro scenes, then the FZ200’s manual focus mode is a useful
alternative. Used this way the FZ200 once again offers impressive
control with quick and accurate adjustment over focus. 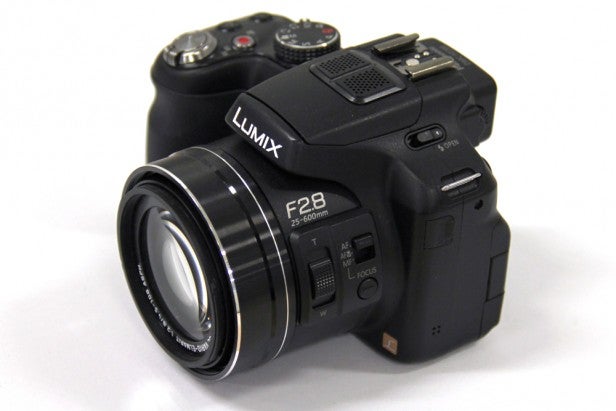 The
FZ200’s impressive autofocus performance is mirrored elsewhere with the
camera powering up and ready to shoot in around a second. Processing
speed in Single-shot drive mode also impresses, even when recording Raw
files. One minor criticism we do have concerns the FZ200’s Continuous
drive mode; while the maximum setting of 12fps is undoubtedly quite fast
for a camera of this type, it’s only able to record a total of 12
consecutive frames before the camera abruptly stops shooting – the
upshot of this is that if you’re shooting a sequence of a fast-moving
subject then you’ll need to time your shutter release well. While the
FZ200 is hardly unique in this respect, we also found that the lower
2fps drive mode grinds to a halt after only a few Raw and JPEG images
have been recorded, which is somewhat less impressive.