Compact system cameras have been with us for around four years now, with
Panasonic kicking off the genre with its launch of the Lumix G1 back in
2008. Since then, Panasonic has expanded its range with a host of
different CSC models tailored to different segments of the market. The
current range includes the GF5 for those looking for a compact form with CSC quality; the GX1 for enthusiast-level photographers
looking for a smaller and more portable camera to complement their
DSLR; the somewhat long in the tooth GH2 for video enthusiasts; and the
year-old G3 with its clever mix of entry-level and enthusiast features. 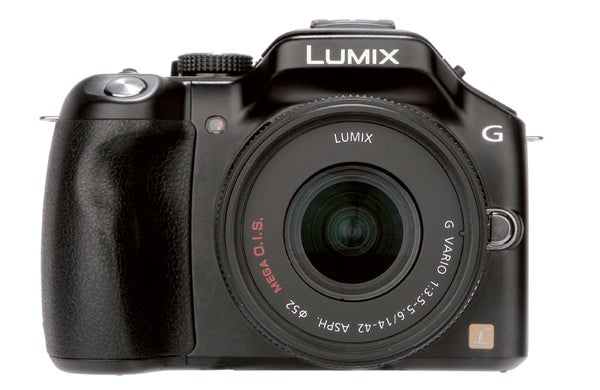 Viewed
strictly in terms of naming convention, the G5 might initially appear
to be a direct replacement for the G3, however Panasonic actually intend
it as an extension of the range. As such it’s positioned above the G3
and GF5 and is intended to tempt potential entry-level to mid-range DSLR
buyers – think Canon 650D or Nikon D3200. In addition, the new G5 also
offers enough incremental upgrades to tempt G3 and GF3 owners as well.
For those wondering why there’s no G4 in between the G3 and G5, the
simple answer is that in Japan the number four is considered unlucky.

The
G5 is built around an all-new 16.05MP Live MOS sensor. This is further
complemented by a redesigned Venus Engine 7 FHD image processor that’s
able to shoot at a relatively speedy 6fps while also delivering a top
sensitivity setting of ISO 12,800. If you don’t mind a drop in overall
resolution it’s also possible to shoot at a super-speedy 20fps utilising
at electronic (as opposed to mechanical) shutter. If you’re shooting in
a noise-sensitive environment (such as a wedding ceremony) then the
additional benefit of the electronic shutter option is that it can be
set to silent.

Autofocus performance has long been one of the
strong points of the Lumix G-series range and the G5 continues this
trend with Panasonic’s impressive Light Speed contrast-detect AF,
offering a generous range of AF options including Multi-area, Selective
single-point, Tracking and Face Detection. In addition the camera can
also be set to Single-shot (where focus is locked by half-pressing the
shutter release button) and Continuous (where the AF module remains
active). 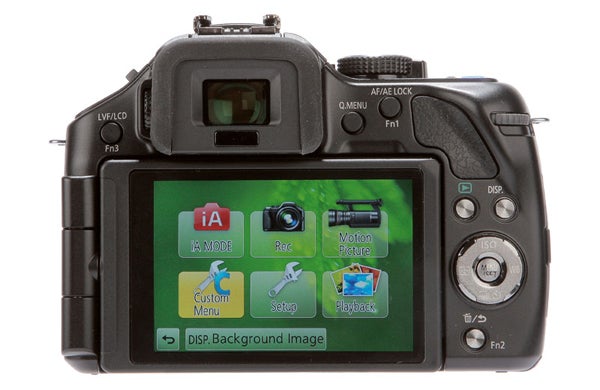 On
the back of the G5 you’ll find a 3in, 920k-dot LCD vari-angle monitor
that offers touch-screen functionality. This allows the camera to
benefit from Panasonic’s tried and tested Touch Focus and Touch Shutter
technology; the former allowing you to set a point of focus simply by
touching the relevant point on the rear screen and the latter taking
things one step further by firing the shutter once focus has been locked
on to your desired point. As with the G3 the G5’s vari-angle design
also allows it to be pulled away from the body by at least 180-degrees
as well as rotated though 270 degrees. If you’re a fan of shooting from
high of low angles, this will make things much easier. The jump to
920k-dot resolution is also a step up from the 460k-dot screen on the
G3.

Should you prefer to use the camera at eye-level then the
G5’s 1.44m-dot electronic viewfinder (EVF) is one of the better EVFs
we’ve seen on a compact system camera. It also offers a 100% field of
view along with an automatic eye-sensor that’ll automatically switch it
on when the camera is raised to your eye. Should you want you can even
set the camera up so that the autofocus will activate itself once the
eye-sensor has been triggered which can be helpful for grabbing snatched
shots.

As well as being able to shoot regular JPEGs at a range
of resolution and quality settings, the G5 can also record lossless Raw
images for enhanced post-processing. For those who’d prefer to let the
camera add its own digital effects there are a total of 14 Creative
Control effects to choose from including the usual stalwarts such as
Miniature, Cross Process and Dynamic Monochrome. 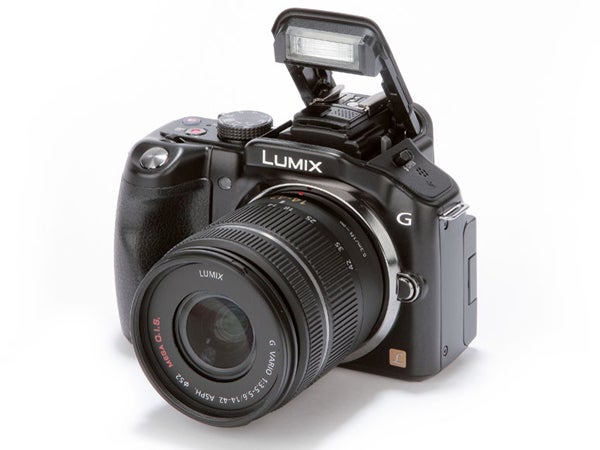 As
one of the developers of the HDTV-friendly AVCHD format, Panasonic has
built a reputation for delivering cameras with excellent video
capabilities and the G5 continues this trend. The G5 can record
high-definition AVCHD video at a top quality setting of 1080p Full HD at
either 50 or 60fps. Should you wish to shoot in the more
computer-friendly MP4 format then you can still shoot at 1080p Full HD,
albeit at a maximum frame-rate of 25 or 30fps.

In terms of design
the G5 initially looks very much like its predecessor, the main
difference being a more pronounced handgrip. In the hand this gives the
camera a more DSLR like quality than its predecessor. In addition the
shutter release button has moved forward slightly, which again makes for
a slightly more comfortable grip overall.

All new for the G5 is
the addition of a Function Lever which sits just behind the shutter
release. With it you’re able to control a number of camera operations
including exposure settings, menu navigation and operation of the image
zoom while the camera is in Playback mode. If you’ve got Panasonic’s
14-42mm power zoom attached to the camera then you can also use this
lever to control the zoom with, which is pretty neat. 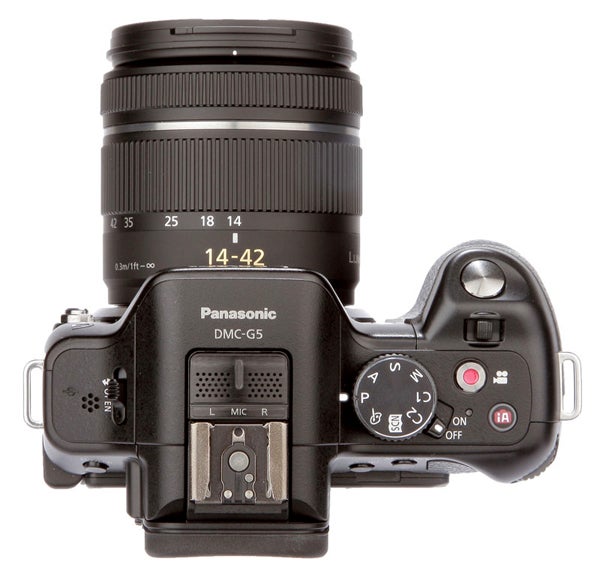 Button
layout on the back of the camera has seen a bit of a rejig since the G3
with most of the buttons now treated to a metal finish rather than
plastic. A useful new AF/AE lock button (which doubles up as a Function
button) has been added, alongside a dedicated Quick Menu button that’s
positioned next to the viewfinder. Our only real complaint concerns the
plastic command dial, which feels a bit cheap compared to the rest of
the camera.

The G5 is the latest G-series model to benefit from Panasonic’s ongoing
efforts to improve the performance of its contrast-detect autofocus
modules. As such its Light Speed AF module is able to attain focus at
speeds of up to 0.09sec, which is extremely fast. In practice this means
focus lock is all but instant in good light, even when subjects are
lacking in contrast – something that often flummoxes less advanced
contrast-detect AF systems. 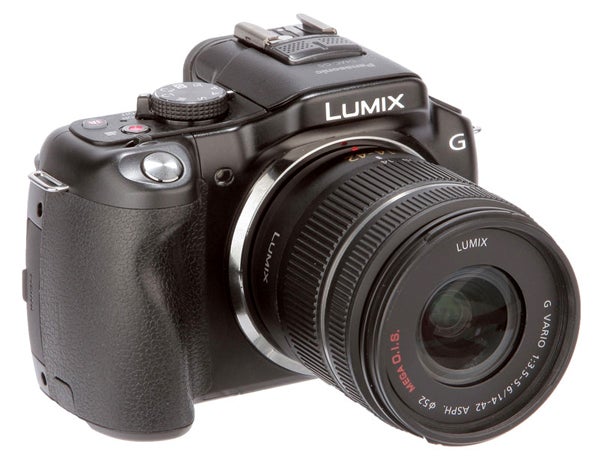 Frame
coverage is very good too, with the G5 allowing you to position the AF
point in any one of 23 areas (using the directional pad) when the camera
is being used in Single-point AF. Alternatively you can also take
advantage of the touch-screen to position an AF point by touching where
on the screen you want to put it. Touch Shutter takes this process one
step further by firing off a shot once the camera has locked focus on
your chosen spot. The only area where the G5’s AF performance falls a
little short is in Continuous AF speed; we found that it struggles to
keep up with moving subjects.

The G5’s maximum 6fps burst mode is
good for up to 28 consecutive JPEGs before the buffers fills and the
camera begins to grind to a halt. Switching over to Raw capture this
figure drops to 9 consecutive images. Image processing times are pretty
speedy, with the G5 taking less than a second to write images to a Class
10 memory card.

General operation of the G5 is, as with other
recent G-series releases, pretty instinctive. While it’s certainly
possible to operate the G5 without using the touchscreen at all, it
remains a welcome addition that provides an equally intuitive way to
maintain control the camera. Screen sensitivity isn’t quite up there
with the best touchscreen smartphones, and as yet there’s no pinch to
zoom functionality when the camera is being used in Playback mode.
Hopefully this is something that Panasonic can add to future models. The
bump in screen resolution from 460k-dots to 920k-dots is a welcome
addition though, producing greater clarity and sharpness. 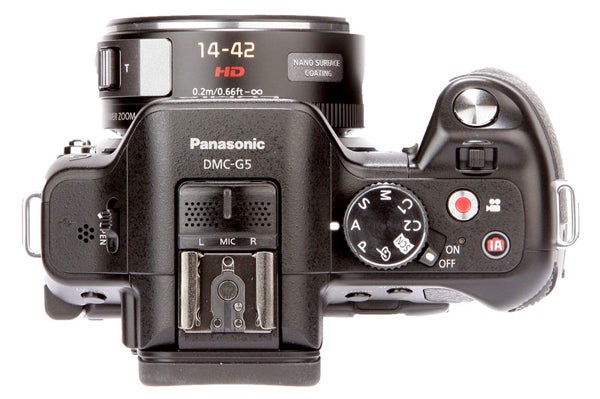 Should
you prefer to stick with physical buttons then you’ll find them all
easily to hand with a good range of shooting controls all directly to
hand, meaning you can control the camera without having to open up the
main in-camera menu too often. The D-pad offers direct links to AF Mode,
ISO, WB and Drive mode and, in addition, there are also five Function
(Fn) buttons to assign as you see fit. Last but not least, the Quick
Menu remains a convenient way to access all of the camera’s main
shooting options too.
Overall image quality impresses. We tested the
144-zone multi-pattern metering module under a range of different
lighting conditions and found it to work well with the camera producing
consistent results. Helping out further with high-contrast scenes is the
G5’s iDynamic mode. This offers three strength levels that
progressively retain more shadow and highlight detail, the only downside
being that the highest level does produce images that are a little
tonally flat. In addition, the camera also offers a HDR mode that takes
three consecutive shots in quick succession and then blends them into a
single image.

Automatic white balance produces pleasing results
in a wide range of light sources, although colour can sometimes come out
a little muted. This can be corrected to a certain extent with the
Photo Styles processing presets. In addition to the Standard setting,
you can also select from Vivid, Natural, Mono, Scenery, Portrait or even
your own Custom setting.

We
tested the G5 with a range of lenses, including Panasonic’s excellent
7-14mm f/4 zoom and the impressively quick Leica 25mm f/1.4. Paired with
one of these gems, the 16.05MP sensor is able to produce impressive
sharpness while resolving plenty of fine detail. Used with the standard
14-42mm kit zoom or the 14-42mm power zoom the G5 still performs very
well, although results can be improved if these lenses are stopped down a
step or two from their maximum aperture.

ISO performance has
been a strong point of Lumix CSCs in recent years and the G5 continues
this trend. Below ISO 800 and images come out clean with plenty of fine
detail and no visible noise. Above ISO 800 and some noise does begin to
become apparent although the G5 does do a fairly good job of keeping it
under control. Overall, high ISO performance isn’t quite on a par with
what might be expected of a DSLR using an APS-C sensor, however it’s
still pretty impressive. 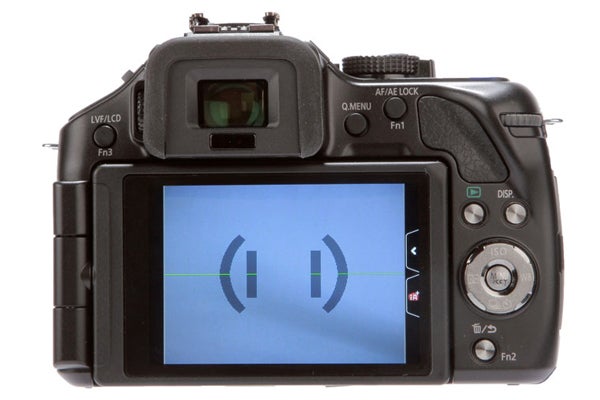 Verdict
The
Panasonic Lumix G5 is one of the most complete compact system cameras
we’ve yet seen. While its launch price does make it slightly expensive
at present (especially if purchased with the 14-42mm power zoom), it’s
surely only a matter of time before the street price drops. In all other
respects though the G5 is an impressive addition to the G-series range.
Build quality is very good, the touch screen functionality makes it a
fun and intuitive camera to use and overall image quality also
impresses. Add to this the camera’s fast AF performance, flexible
vari-angle screen and useful 6fps burst speed and the G5 adds up to a
tempting package. 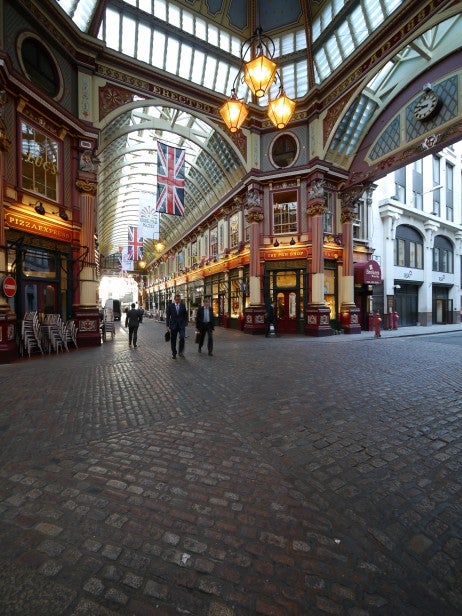 The ISO test image in full. Below are 100% crops from the centre of the same composition taken at different ISO settings. 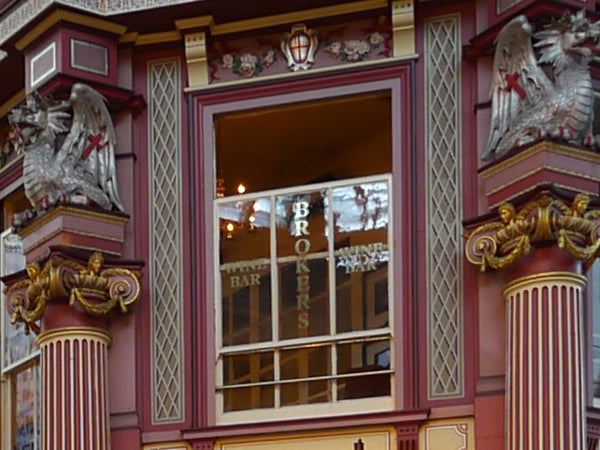 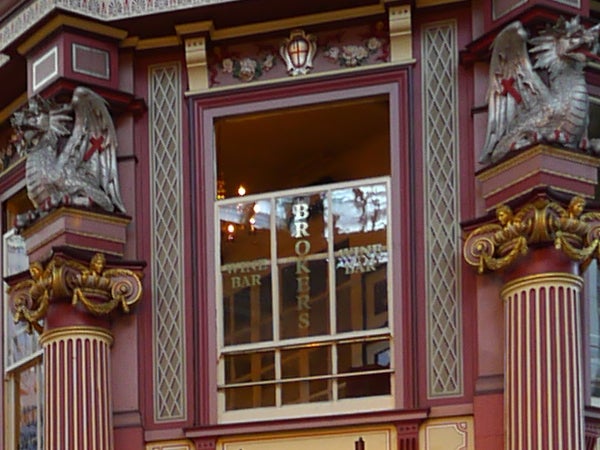 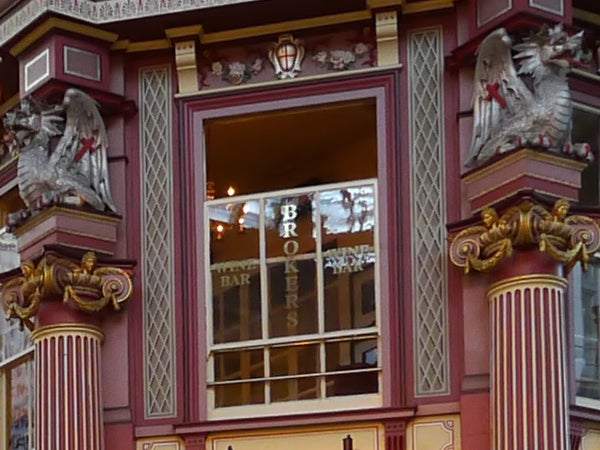 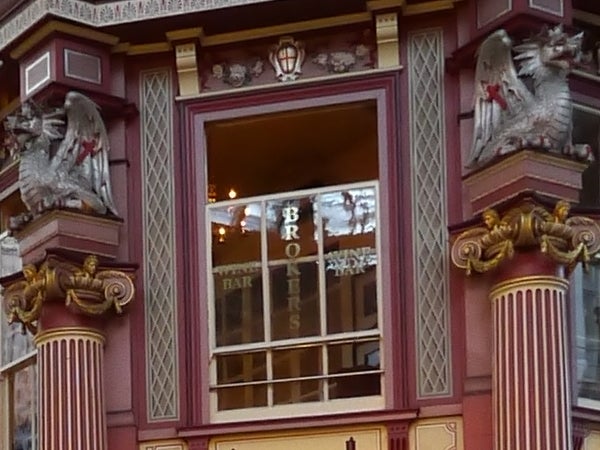 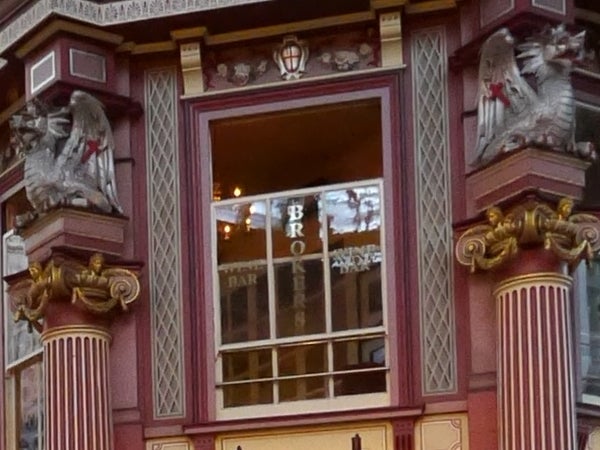 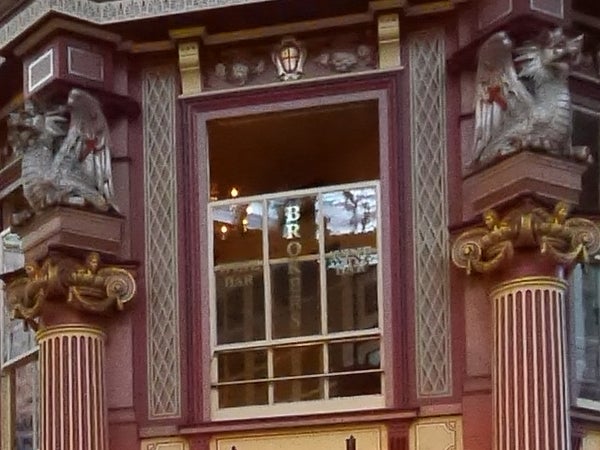 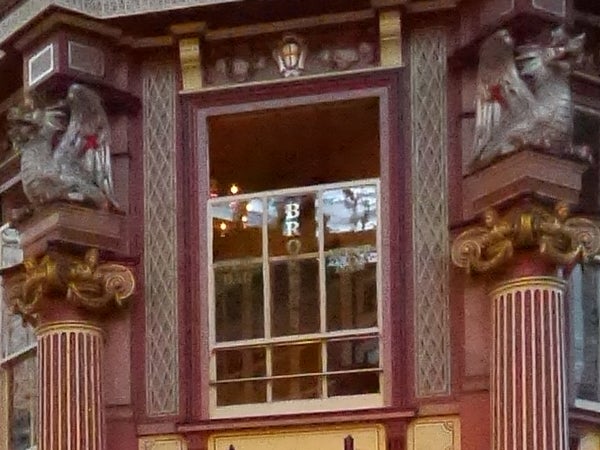 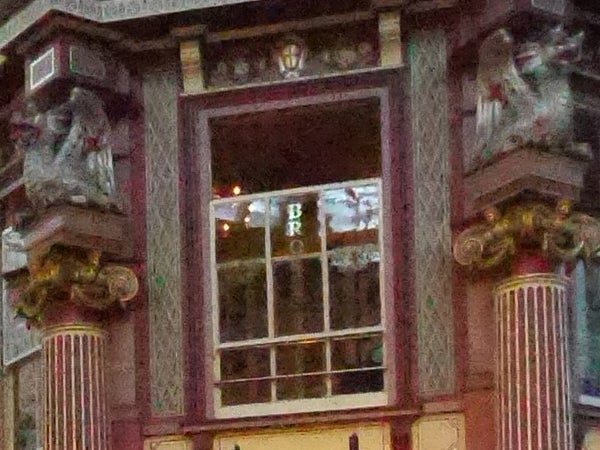 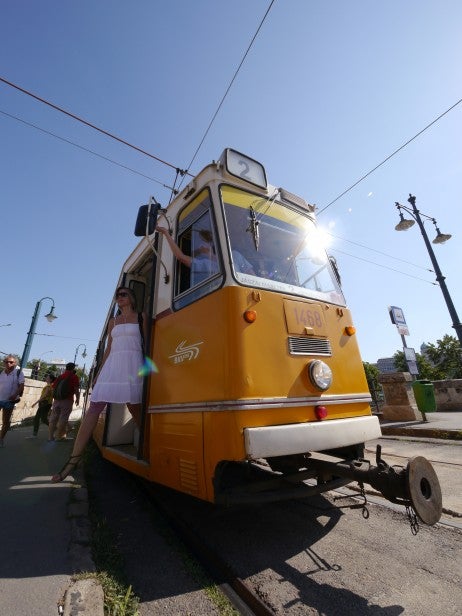 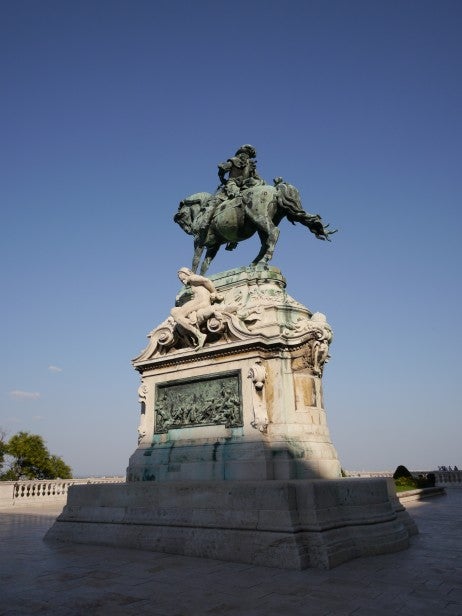 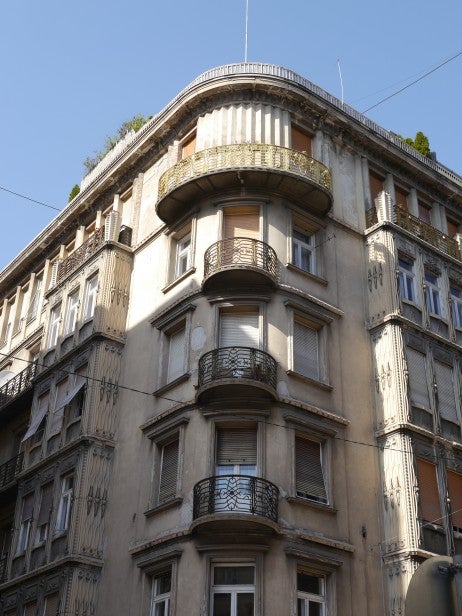 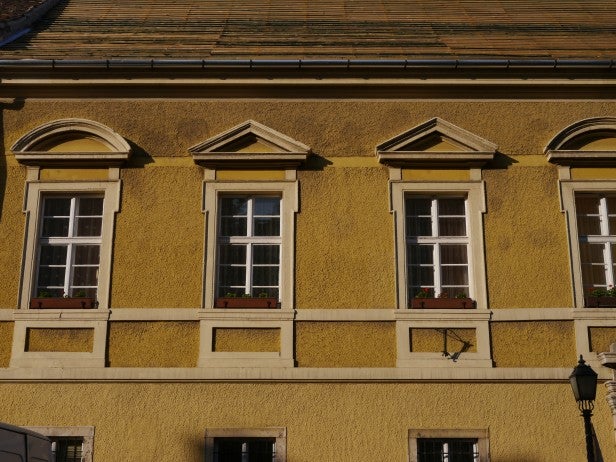 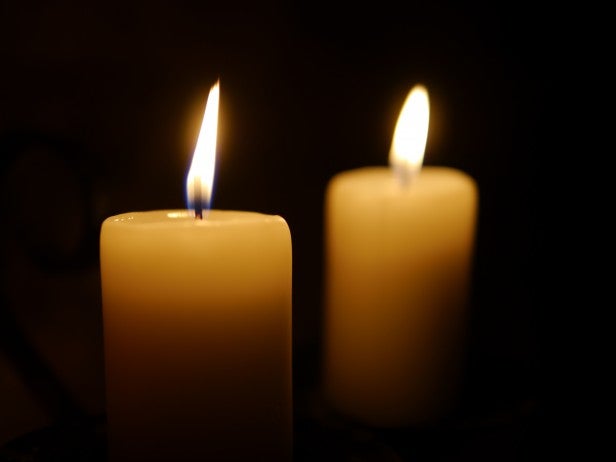