While compact system cameras represent the fastest
growing segment of the digital camera market, superzoom sales are also
especially healthy – and extremely competitive too. This, in turn, has
increased the pressure on manufacturers to deliver ever more
feature-packed and highly specified models. As a result of this
increased competition maximum focal lengths have shot up in recent
years. At present the Canon SX50 HS leads the way with its ultra-powerful 50x optical zoom, with the 42x Nikon P510
following close behind. Behind these two frontrunners sit a large
number of competing models that generally hover around the 30x range,
with the Sony HX200V (30x) and the Fujifilm HS30EXR (also 30x) being the pick of the bunch. 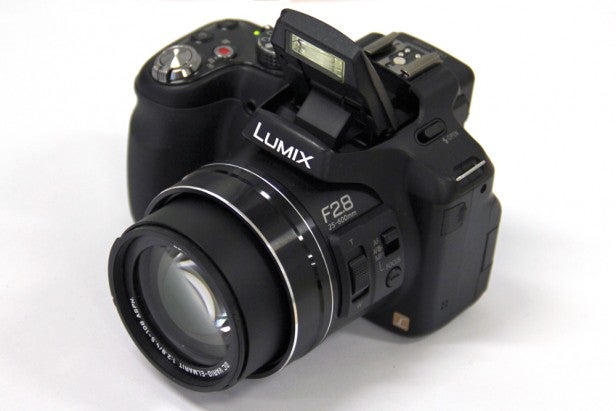 The
Lumix FZ200 takes a slightly different path, however, and rather than
simply extending the focal range into super telephoto territory it
settles for the same (but still relatively powerful) 24x optical zoom
found on the majority of existing Lumix superzooms, but keeps maximum
aperture at a constant f/2.8 throughout the entire focal range. It’s the
first time this has been managed on such a powerful lens – or indeed
any superzoom – which makes the FZ200 something of a unique proposition
that’s especially likely to appeal to sports and wildlife shooters. When
you consider that an equivalent 600mm f/2.8 DSLR lens (or more
precisely, a 300mm f/2.8 lens and a 2x teleconverter) would set you back
around £2000, you begin to get an idea of what an achievement this is.

And
of course there’s much more to the FZ200 than its advanced optic alone:
add Raw shooting, Full HD and high-speed movie recording, a vari-angle
LCD display and a high-resolution EVF into the mix and it’s hard not to
be impressed. But while the FZ200 certainly looks good on paper, how
does it perform in the real world? Let’s take a closer look and find
out.

Even without the constant f/2.8
aperture the FZ200’s 24x optical zoom is still pretty impressive,
offering the 35mm focal range equivalent of 25-600mm. At the wideangle
end 25mm is plenty wide enough to capture buildings, landscapes and
group shots, while at the telephoto end 600mm enables you to fill the
entire frame with faraway objects. Stir in the f/2.8 aperture though and
the FZ200 becomes eminently more flexible – especially if you plan to
regularly shoot moving subjects at a distance. 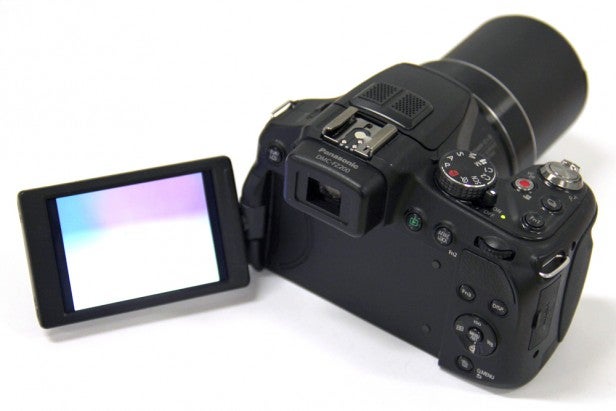 In
addition to the constant f/2.8 maximum aperture the FZ200’s Leica lens
also benefits from Nano Surface coating to minimise the effects of
ghosting and flare, and Panasonic’s proprietary, class-leading optical
image stabilisation system (Power O.I.S.) is also built in, which will
allow you to shoot at slower shutter speeds and longer focal lengths
without suffering from image blur caused by camera shake.

Behind
the 25-600mm lens the FZ200 employs a 1/2.3in High Sensitivity MOS
sensor that offers an effective resolution of 12.1MP, and which is
capable of capturing both JPEG and Raw still image files, as well as
1080p Full HD videos at 50fps. The sensor is paired with Panasonic’s
Venus Engine technology, which features ‘Intelligent Noise Reduction’
and a ‘Multi-process Noise Reduction’ system for enhanced performance in
low light. The Venus Engine also allows for a maximum continuous
shooting speed of 12fps, albeit for a maximum of 12 consecutive frames.
Last but not least the FZ200 also benefits from Panasonic’s proprietary
Light Speed AF technology, which is one of the fastest contrast-detect
autofocus systems going.

Exposure modes extend to the full
quartet of Program, Aperture-priority, Shutter-priority and Manual
(PASM) modes for semi- of full-manual control over the camera. These are
backed up by Panasonic’s iAuto (iA) fully automatic point-and-shoot
mode, and a variety of Scene modes. Those wanting to add effects to
their images in-camera can also choose from a selection of ‘Creative
Control’ digital filter effects. 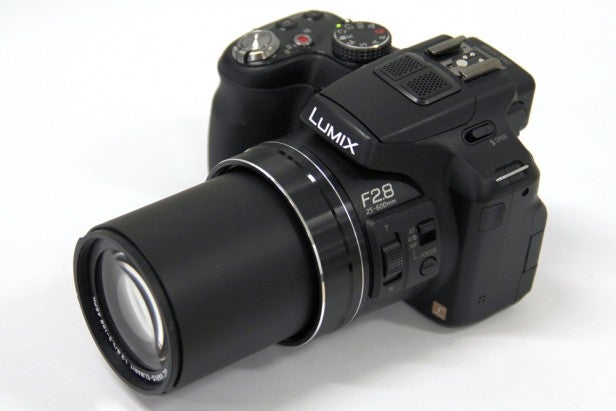 A
vari-angle 3in, 460k-dot LCD screen dominates the back of the FZ200.
The screen uses a side-hinge that enables the screen to be pulled away
from the body and rotated through 270 degrees on a horizontal pivot –
this means you can use the screen to frame self-portraits as well as
making light work of shooting from high- or low-angles.

The
screen itself has a resolution 460k-dots, which while sufficient is a
step behind the 920k-dot displays offered by some competitors. Also, it
has a 16:9 aspect and while this is great for HD video capture, the 4:3
aspect of the sensor means you’ll have to put up with black tramlines
running down the sides of the screen when shooting full resolution still
images.

While the rear display is great for composing and
reviewing images with, the Panasonic FZ200 also offers an electronic
viewfinder (EVF) for those that would rather hold the camera to their
eye when shooting. This measures in at approximately 0.21in, offers a
100% field of view and has a resolution of 1.3m-dots for a sharp, clear
image. However it’s set quite far down the viewfinder, which in turn
makes it appear smaller, so it’s not quite as easy to use as its
high-resolution would suggest. Otherwise, though, it’s very good for an
EVF, with a fast refresh rate that ensures it keeps up with your
movements, however speedy.


One further issue we have with the viewfinder is the lack of an eye
sensor. This means that whenever you want to switch between the LCD and
the viewfinder you have to press the button located to the left of the
EVF – hopefully, Panasonic will see fit to attach an automatic eye
sensor on any subsequent models.