What is the Panasonic DMP-UB400?

Of all the electronics giants, Panasonic is by far the most committed to 4K UHD Blu-ray. It was the first to put out a 4K Blu-ray player, the £600 Panasonic DMP-UB900, which has been one to beat since 2016.

The company then launched the £400 DMP-UB700 as a junior alternative. The build was less flashy and the analogue connections were axed, along with the fancy sound-improving damping feet.

Next came the entry-level DMP-UB300, a £250 unit aimed squarely at the non-gamers who might consider buying an Xbox One S purely for a cut-price 4K disc spinner. This is a no-frills option that does away with as many features as possible, including Wi-Fi.

So where does that leave the Panasonic DM-UB400? It’s positioned as the budget 4K Blu-ray player that’s a couple of notches above the bare minimum. At £300, it fulfils that role nicely. 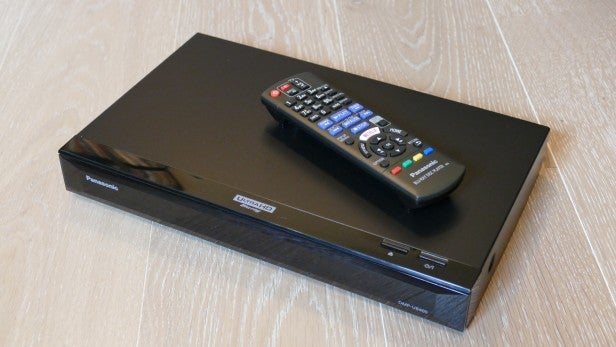 For £300 you’d expect a pretty decent unit, and the Panasonic DMP-UB400 certainly doesn’t disappoint. Although its construction is stripped back compared to its bigger siblings, there’s nothing cheap about it.

The casing is made of metal. The UB400 loses the glossy plastic (faux glass) top and side panels of the UB900 and UB700, but retains the mirrored front flap – which is all you’d see from the sofa anyway.

Behind the flap is the disc tray and a single USB port. Panasonic has done away with the SD card slot. The display has also been removed – which is a shame, since it’s always nice to know at-a-glance what the player is doing, or how much time there is left on a film. Instead you have a single red LED, which blinks slowly on starting up and remains on until you power down. Not ideal, but I’ve become used to it. 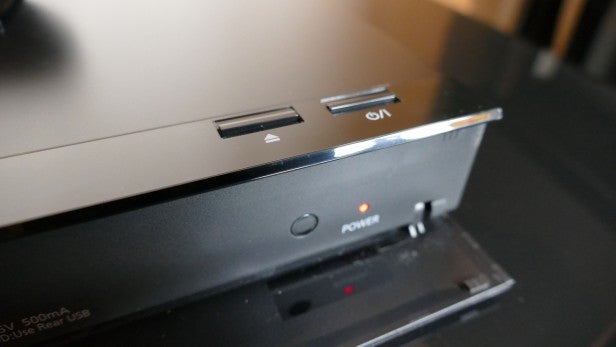 What I do like are the physical power and eject buttons. They’re less fancy than the touch-sensitive ones that feature on the models higher up the range, but they’re more responsive – not to mention easier to find when the lights are down.

At the back, there are no analogue audio inputs but you do get a digital optical output. There are also twin HDMI sockets, a handy feature left over from the UB900 and UB700, but missing from the UB300. It’s for splitting your video and audio signals.

There’s another USB port, high powered for hard drives, plus an ethernet socket. There’s also Wi-Fi built in (missing from the UB300), but I prefer to use ethernet for streaming stability. Streaming apps include Netflix, Amazon, BBC iPlayer and YouTube. 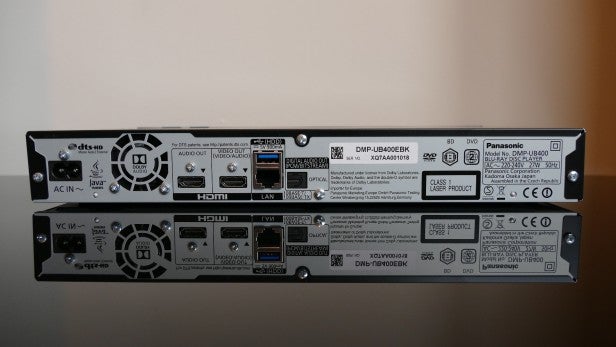 On the inside, the UB400 features the same 4K High Precision Chroma processor used by the UB900. The picture should, in theory, look just as good as that high-end machine.

As for the remote, you don’t get the large, backlit device that shipped with the UB900, but you do get a dedicated HDR Setting button.

That’s a handy shortcut to the UB400’s all-new feature: HDR presets. The idea is that you can quickly tweak your player’s HDR output to suit brighter ambient light, without messing up your carefully selected settings on your TV.

Of the HDR presets, I felt Natural Environment worked nicely, while Light Environment should only be used in a bright room – and even then, I felt some of the lighter areas were a little washed out. There’s a separate Dynamic Range Adjustment menu, in case you want to get a little more in-depth and override the presets – I generally avoided going higher than the +4 setting.

Last but not least, the Panasonic DMP-UB400 supports 3D playback. If 3D is important to you and you’re buying a new TV, note that only one 2017 model – the Panasonic EX750 – is capable of displaying 3D. 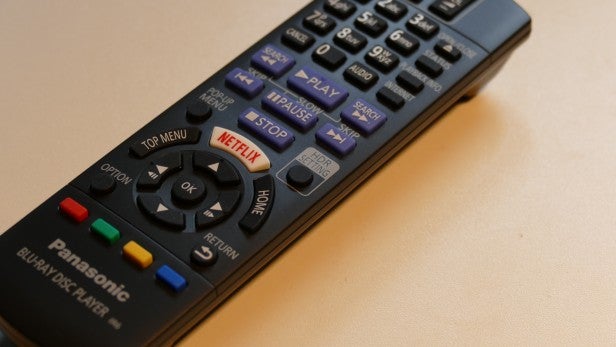 The first thing I noticed when booting up the UB400 is how fast it is. I measured how long it took to go from a powered-off state to being on with the disc tray fully open, and compared it to the UB700. The UB700 took 16 seconds, some of which is spent saying ‘Hello’ on its display, while the UB400 took only three seconds.

The UB400 is also quiet in operation. The loudest it got was when it was sat waiting in a disc menu, when I recorded about 34dB – roughly what you’d get in a quiet library. In full playback mode, the machine was noticeably quieter at about 30dB. Alongside the sound on your speakers, you’ll struggle to hear it.

As for video performance? Well, there’s really nothing cut-price about the UB400’s picture. It’s more than capable of displaying everything you want from a 4K Blu-ray. It delivers an insane amount of fine detail, combined with strong contrast and a wide gamut of rich colour. Better still, it does all this with more subtlety and tone fidelity than the other budget 4K Blu-ray player, the Xbox One S. 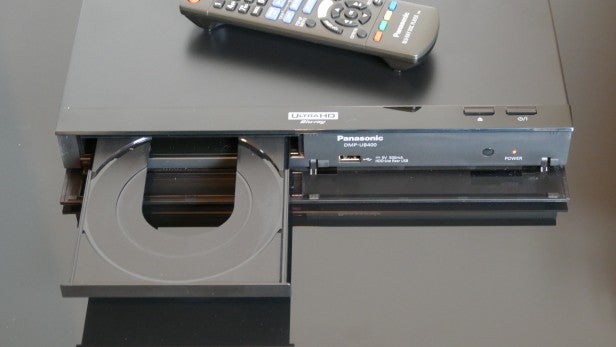 Panasonic says the picture performance should be the same as that delivered by the high-end UB900 and the UB700, since they all use the same chipset and processing. Look at test patterns alone and I’d be inclined to agree. But spinning some actual 4K Blu-rays shows some variation.

Compared to the UB700, I felt the UB400 wasn’t as nuanced with its fine detail, and it wasn’t as dynamic either. Scenes that mix a lot of light and dark elements didn’t quite have that impact on the UB400.

It’s a similar story with audio: the UB400 does a great job, but it isn’t as proficient as its pricier siblings. What you get is clear and detailed, with Panasonic’s typically rich delivery. Effects placement is precise and panning is agile. The UB700 sound hits harder, however. Music and effects have more power to them and voices appear more expressive.

These are small differences, though. Overall, this is still an excellent 4K Blu-ray player. 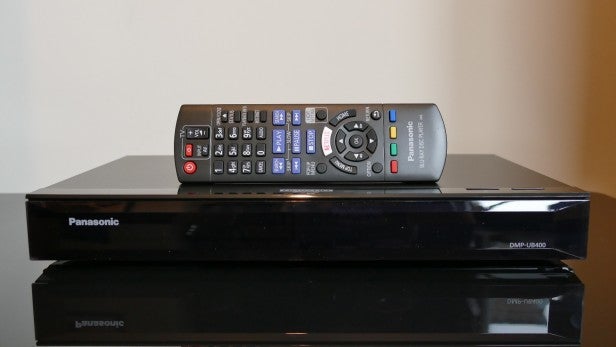 Should I buy the Panasonic DMP-UB400?

The Panasonic DMP-UB400 is something of a sweet spot for 4K Blu-ray players. It isn’t as good as its premium siblings, but the difference in performance isn’t huge and the UB400 benefits from a lower RRP.

If you’re a gamer, you might want to stick with the Xbox One S as the economical option. But if you haven’t an interest in playing games, and simply want a budget 4K Blu-ray player, then this is the one for you.

The only problem for the UB400 is that Panasonic’s other models have been on the market for longer and therefore benefited from price cuts. It didn’t take me long to find a deal for the superior UB700, which puts it at the same price as the UB400 – £300. Then again, I don’t think it will take very long for the UB400 to become cheaper as well.