What is the Panasonic DMP-UB700?

The DMP-UB700 (officially the DMP-UB700EB) is the second 4K UHD Blu-ray player from Panasonic. It’s a stablemate to the award-winning Panasonic DMP-UB900, but retails for £200 less. Buy early and you’ll even receive a copy of the Ghostbusters reboot UHD Blu-ray disc thrown in.

Given that it looks much the same as its predecessor, just how much are you sacrificing if you opt for this new, cheaper Panasonic 4K offering? Not all that much. 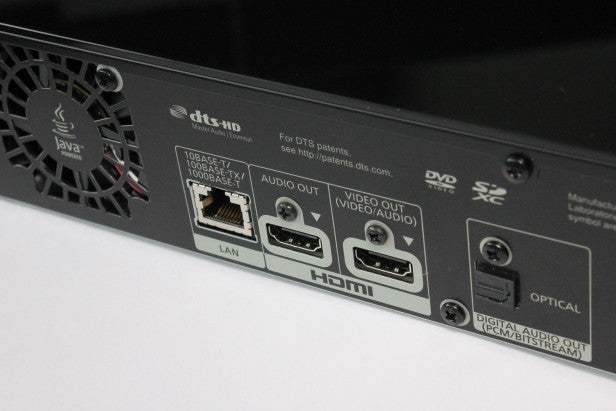 Panasonic certainly hasn’t cut corners when it comes to features. Not only is the DMP-UB700 compatible with 4K discs, standard and 3D Blu-rays, plus DVDs and CDs, there’s also a well-stocked app portal. Connected services include BBC iPlayer, BBC News and Sport, Netflix, Amazon Video and YouTube, plus a bunch of Eurocentric apps (ARTE, Euronews|) and Aupeo!

Netflix is 4K HDR-enabled. The Amazon app supports UHD streams, but at the time of review, doesn’t appear to be HDR-enabled. Given that these are regularly updated, this may well change.

Chassis-wise the DMP-UB700 is clearly related to the UB900. It’s a full-width, half-depth player with a plop-down fascia with chamfered edges. The anti-resonance feet have been kicked into the long grass, however. It isn’t as well made as – admittedly, more expensive – regular Blu-ray decks from the likes of Pioneer and Oppo, but it isn’t too shabby either.

On the rear are two HDMIs, one of which is an audio-only output. This is useful if you have a non-4K-capable AV receiver and need to connect the player direct to a UHD screen. Multi-channel audio can be routed from the player directly.

Unlike the DMP-UB900, there’s no coaxial digital output; only optical. There are no analogue (stereo or multi-channel) outputs, either. This player really intends to do all its business over HDMI.

The deck connects to the world via Ethernet or dual-band Wi-Fi. 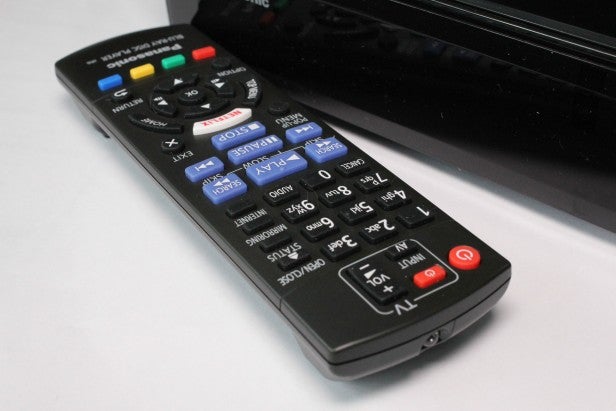 In general, usability is fine. The main menu is clean and graphical, with icons for Videos, Music, Photos, Home Network (for NAS content, screen mirroring or media rendering), Network Service and Setup. Most of these are self-explanatory.

Streaming services can be picked via Panasonic’s standard selectable grid, complete with annoying beep (you’ll want to turn this off asap).

The player comes with a dumpy IR remote control. This has a dedicated button for Netflix, but it’s inconveniently positioned immediately above the directional pad. Consequently, whenever I tried to thumb-up I’d often inadvertently hit Netflix and launch the app.

In operation the player is reassuringly quiet.  It’s also a fast loader: a Java-heavy movie disc goes from tray to menu is just 41 seconds. 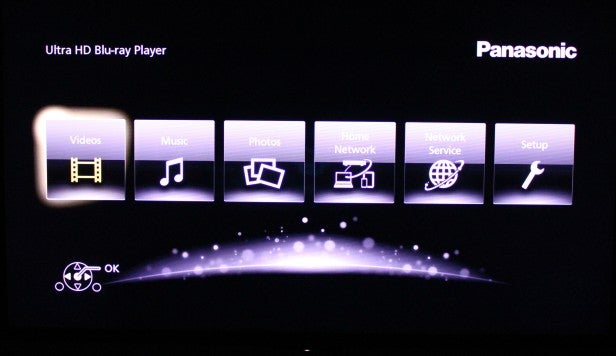 Picture quality is exceptional. Side-by-side, there’s no appreciable difference between the UB700 and its more expensive companion. In short, it delivers as good an image as it’s possible to get right now. Detail and colour performance can be considered first-rate.

The HDR encode of San Andreas plays hard and fast with peak luminosity, and while I’m not advocating it as a great example of HDR mastering, it certainly demonstrates that the player will shine with the right display. Like rival players, the model has UHD Premium certification, although the actual value of that beyond basic standards compliance is debatable.

The player interpolates 4K content from 10-bit native to 12-bit with 4:4:4 colour sub sampling. Alternatively, it will output 4K at 8-bit 4:2:0. If your 4K TV isn’t HDR-enabled, there’s a Dynamic Range Conversion circuit that enables you to optimise playback for your own screen.

There are a host of connection options in the Player setup menus, but these can largely be left alone. In Auto mode, the HDMI output selects the most appropriate resolution for your display, from 4K to SD.

Media playback is rather good. The deck, after a slight chin scratch, identified my connected NAS devices and Twonky Media server. Navigating the contents of these is pleasingly fast. Video playback functionality is decent – MKVs played without a grumble. 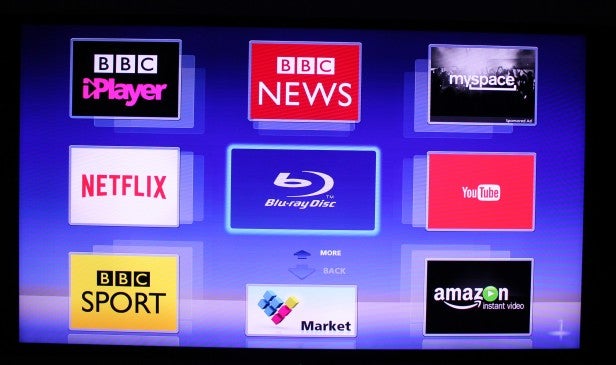 Panasonic has downgraded the power supply and removed some of the more expensive audio components beneath the lid, but on the evidence of this performance I’d argue that there’s no reason why this player can’t hold its head aloft in a high-end AV system.

The deck’s two-channel streaming performance is excellent. Mozart’s violin concerto in D Major by Marianne Thorsen (from 2L) was crisp and beautifully defined. There’s nothing cut-price about the presentation.

Network music playback is a tad less accommodating. The deck failed to play DSD recordings over my network, but at least 24-bit FLAC files weren’t a problem. The media player renders album art and track data; it all looks very nice.

Media playback from USB is more comprehensive. The deck manages DSD 2.8 and DSD 5.6 files from a thumbdrive, with supreme clarity. It even handles 5.1 DSD, which isn’t at all common.

The UB700 isn’t compatible with either DVD Audio or Super Audio CDs. This is disappointing if you’re a collector of high-res-packaged audio media. It will of course play Blu-ray audio discs, of which there are several interesting releases out there in the wild. It’s also perfectly happy with DVDs mastered for audio.

Naturally, the player bit-streams out both Dolby Atmos and DTS:X. 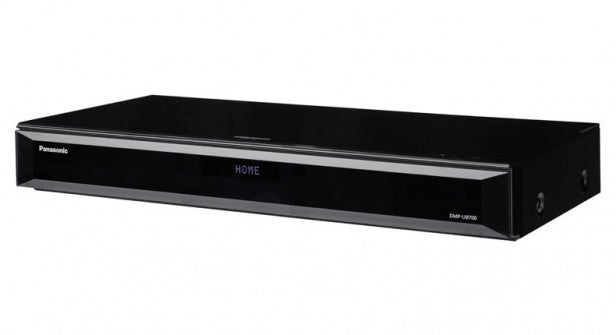 Should I buy the Panasonic DMP-UB700?

If you’re after a no-compromise 4K UHD Blu-ray player, but the UB900 is just a little too rich for your budget, then the UB700 is the obvious alternative.

It retains all the formidable imaging talent of the UB900, and trades away few other attributes. It may not aspire to please audiophiles, but with the right High-Res Audio content it sounds almost ridiculously good. The OTT service provision is great, too – having 4K HDR Netflix and UHD Amazon is a welcome refinement.