The original Outlast was a bit of a surprise. Becoming far more successful than perhaps even developer Red Barrels expected, a new franchise was born.

The problem, however, is that expectations then change. No one was overly focused on the survival horror title before it launched, so it had more leeway to impress. That was 2013, though, and four years on, a lot of eyes are watching the sequel hoping for it to deliver. Thankfully, it definitely does.

Outlast 2 manages to tick all the boxes by keeping its evolution simple. The foundations remain relatively the same – you still have a camera to record the nightmares in front of you and to see in the dark with night vision – and your main aim should still be to stick to the shadows while trying not to freak out. 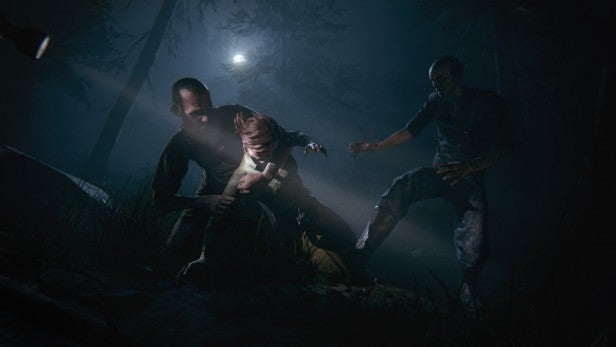 It’s an excellent mechanic where a game dedicated to scaring the crap out of you is concerned, because you always feel just a tad disconnected to what’s going on. There are so many segments that demand using the camera to light the way that an extra dimension is added to proceedings. You’re staring at your TV screen at a man staring through a camera screen, and that enhances to the sense of dread that’s often hard to take.

And that’s because Red Barrels has you on edge constantly. That feeling may dwindle down as you get nearer the credits, but it’s a testament to how skilled the developer is. If you need yet more proof, we only have to turn to the new setting where things really hit home. It is truly horrific.

Whereas previously Outlast felt very self-contained, its successor feels huge. Areas are far bigger than they were before, making sprinting away from enemies – aka deranged people that want to kill you – a lot tougher. You can’t just rocket around a corner and hope they give up the search, because more often than not, they can still see you. You’ve got to be quicker, smarter, and have bigger cojones now, a line of thinking that only increases when we start talking about the cornfield. 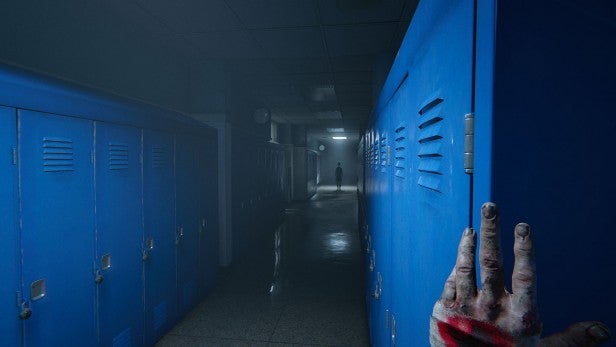 As you would imagine, this patch of ground is absolutely huge, which makes it a tremendous plus but also a terrible hindrance. Fleeing into this space will undoubtedly give you a much welcome rest from the crazed maniacs who want to eat your flesh. It will also, however, leave you completely baffled as to how to get out.

What follows is a horrible form of trial and error that will either result in you finally getting back to where you need to be, or bumping into someone you most definitely do not want to bump into. The atmosphere and tension here is borderline ridiculous, and while it can get frustrating if you fail to get out in fair time, the concept alone is brilliant. I was desperate to just close my eyes, run forward and hope for the best.

Outlast 2 is also very keen to play on your expectations. As well as the narrative taking a far darker turn than before – and keeping you second guessing as to what’s next – it also continually takes you out of the current environment and drops you into another. To reveal more here would be unfair, but in essence these moments serve as flashbacks which eventually tie into the narrative.

Although this isn’t the most unique of ideas, the places it zips you off to with no notice can be harrowing, constantly striking fear through your entire body as you have no choice but to venture onward to see what lies ahead. Red Barrels is still keen to utilise jump scares as much as it can – and these too are no picnic – but it’s clearly come a long way in terms of overall aura. At times you’ll just want to stop moving because the thought of going on is too much. That’s exactly what a horror game should do. 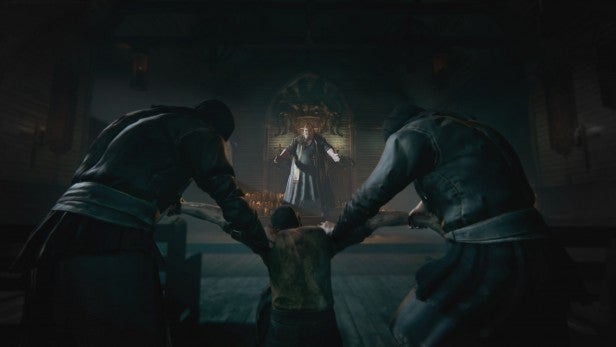 It’s fair to say that some of the criticisms from before have returned – there are going to be occasions where you have to hammer the same section over and over as you try and understand what is being asked of you – and ultimately this is the first game with the dial turned up all the way. It’s just you, your trusty recording device and utter darkness.

That, in many ways, is all it needed to be, though, and the end result is a damn fine entry in the horror genre that is going to please anyone who had been hoping Outlast 2 would make its mark. On top of that, it’s absolutely petrifying when it wants to be. Prepare yourself for the worst.

Outlast 2 takes its original idea and builds on it very well to create a sequel that’s straight up terrifying. A must for those who love nothing more than feeling the fear.