Some ports that have made their way on to the Nintendo Switch have seen improvements – or in some cases, compromises – to work on the home console/portable hybrid. Little Nightmares falls into the latter category, and while it’s had to make some sacrifices in its visuals to squeeze into the diminutive console, these have certainly been worth it in what is one of the more captivating stories in recent memory.

In order to make its way onto the less-powerful console, Little Nightmares is a distinctly more murky affair. Both in the dock and on the Switch itself, the game looks slightly blurry, as if there’s a sort of film grain filter masking what is, undoubtedly, a downscale in visual fidelity.

Somehow this works in its favour, adding to its murky aesthetic, building  towards its grotesque themes and aiding what is a pretty game showing some incredibly ugly scenes.

Start playing the game in portable mode – as I did – and you’ll be disappointed that placing it into the dock doesn’t lead to a sharpening of the overall image. But this discontent doesn’t last too long as the game’s narrative shine exceeds the visual shade.

If you missed Little Nightmares’ debut, you owe it to yourself to jump onboard its second round. It’s a narratively gripping tale that divulges much while saying very little.

Once again, the Switch lends itself perfectly to an experience that can be completed within three to four hours (not including the expansion that comes bundled with this edition).

To go into any detail of its narrative would surely spoil the pacing that the developers have so expertly balanced; the onion is slowly peeled to reveal a story that consistently surprises throughout its entirety. Every step of the way, you’ll believe you have it figured out – only for something to happen that will result in a gasp, a realisation that this world isn’t what it at first appears.

The whole premise of Little Nightmares is to make you feel uncomfortable. It isn’t pretty, it isn’t pleasant; this world certainly isn’t a happy place. If you’re looking for rainbows and sunshine, you won’t find it here. This is a horrible world in which the extent of human over-indulgence is laid bare, showing a depth of greed that will never be satiated.

The design of every inch of this game is superb; it’s as wonderful to watch as it is to play. The controls are excellent, meaning you have time to indulge in what’s on the screen, rather  than fumbling around with the controller. It’s as much fun trying to interpret Little Nightmares’ message once the credits roll, as there is trying to survive its troublesome enemies.

There will be some times when trial and error will annoy, but these are so minor that to call them a sticking point would be unfair.

Little Nightmares is an excellent game that deserves to be played, regardless of the platform. It may not do much with the hardware, but it doesn’t need to.

If you haven’t picked this one up already, then you need to make up for lost time – no library is complete without Little Nightmares in it.

Little Nightmares is one of the creepiest games of the last few years and manages to send more a shiver right up your spine on more than one occasion. I can’t remember a time where I felt so on edge while simultaneously being compelled to keep playing. The range of emotions you’ll go through during it borders on comical.

On the surface, Tarsier Studios’ would-be indie title certainly seems harmless enough. In fact, it looks so much like the output smaller developers often produce you’d be forgiven for guessing this would fall in with the rest of that pack. But with an atmosphere that’s almost unparalleled and a sense of dread that will make even the most hardened individual raise an eyebrow, that’s not the case though. .

Taking control of a little girl who’s armed with nothing more than a lighter, you journey through the world is one of constant dread and wonder. Little Nightmares never really tells you what’s going on, instead deciding to nudge you in the right direction and let your mind fill in the blanks. And that’s half the problem. 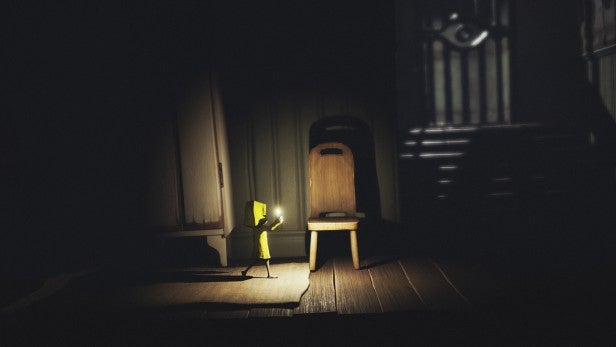 While jump scares are horrible in their own right, nothing can be as bad as what you create in your own head, because by and large you’re going to assume the worst. When the worst then doesn’t materialise, you figure that’s because what the game has planned is actually far more terrible. It’s a horrible chain of events that continues to push you until you’re completely baffled as to what you’re about to walk into.

This is even more thrilling given that there isn’t really any pattern here in terms of mechanics. It’s a platformer by and large, but the goalposts are moved constantly. One moment you may be sneaking your way through a room, and then in the next you’re tackling a relatively tough puzzle that could very well keep you stumped for some time.

There is a larger concept at play here, mind, and that comes in the form of the creatures you’ll come up against as you progress. Monstrous almost to a fault, the thought of being seen by them is bad enough, but the fear that quickly increases when you make a mistake and one catches you. It’s the equivalent of being caught by your parents when you were a child, only in this case your mum has transformed into some beast that probably wants to eat your bones. As cliche as it sounds, it really is like experiencing a toddler’s nightmare come to life. 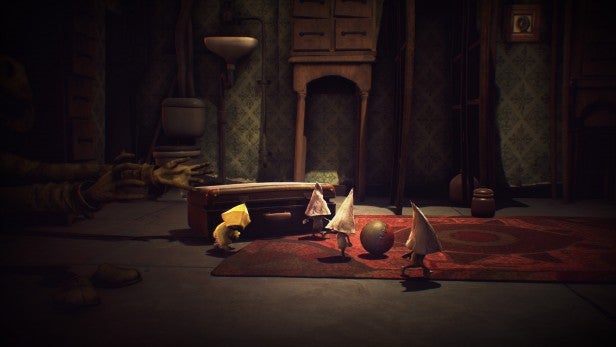 This idea is pushed harder thanks to the environments you’re passing through, too. All manage to keep their end of the bargain up in terms of tension, and this is helped by the fact they’re mostly offshoots of what you’d come across in your actual day-to-day. So there’s a kitchen – albeit one you’d never want to eat in – and a dormitory of sorts that feels like the worst day camp you’ve ever had to visit.

Each one resembles, or at least has its foundations firmly routed in, reality, but they’re so twisted and desperately intimidating you want to try and leave as soon as possible. But that’s the whole point. Tarsier wants you to be uncomfortable from start to finish, and if there’s ever an occasion where you don’t, it’s probably because something bad is right around the corner.

This doesn’t mean that Little Nightmares doesn’t stumble, however. This ambience is a constant hit throughout, but there are areas that feel far too punishing with little to no warning.These sections feel a lot like Limbo; a game that loved hitting you with out of nowhere surprises which couldn’t be evaded the first time time around.

It’s not a bad concept to inherit – that initial moment it does spring its trap you’ll undoubtedly react – but this does tend to happen when it doesn’t need to. The only positive is that the resulting frustration is a great way to subdue your fright. 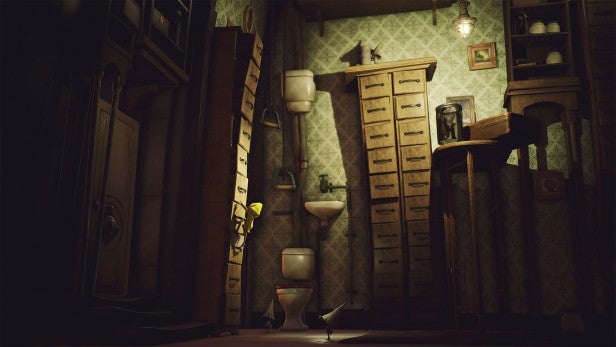 Either way, Little Nightmares is one of the most unique and impressive games of this ilk to come along in a while and deserves all the credit in the world for managing to be as devastatingly terrifying as it is. It takes some skill to make a little girl in a yellow mac going for a wander an arguably more harrowing experience than Resident Evil 7, but Tarsier may have achieved just that.

Little Nightmares is truly one of the scariest games you’ll play this year.