Keyboards come in all sorts of shapes and sizes from the purely functional Filco Majestouch to the rather more elaborate Gigabyte Osmium but never before have we seen one hewn from a single piece of wood. We introduce the Oree Board.

The Oree Board is a semi-portable, numkey-less, Bluetooth keyboard the entire outer of which – keys included – is made from a single slice of either maple or walnut wood. The result is one of the most unique looking keyboards we’ve ever seen, and a potentially perfect stylish and quirky accompaniment to an iPad 3, or just as a replacement for your desktop keyboard. 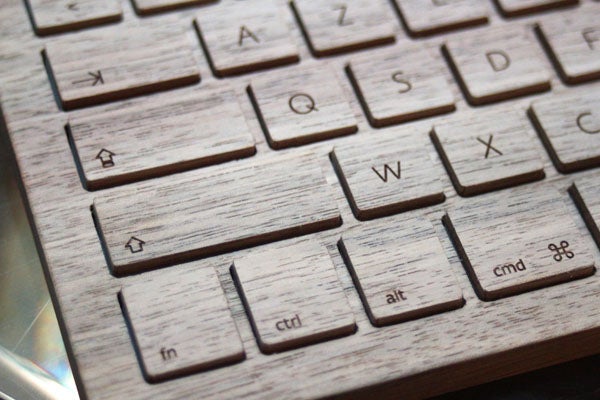 Oree is very secretive about just how it manages to cut such intricate shapes from a single piece of wood, going only so far as to say that it uses a combination of precision machinery and master carpenters to achieve the desired finish.

The gap between each key and the main chassis is at most 1mm and the markings are beautifully laser etched. Meanwhile the whole thing has that soft, smooth finish that only sanded wood can achieve – there’s no masking of errors with a thick coat of lacquer here. 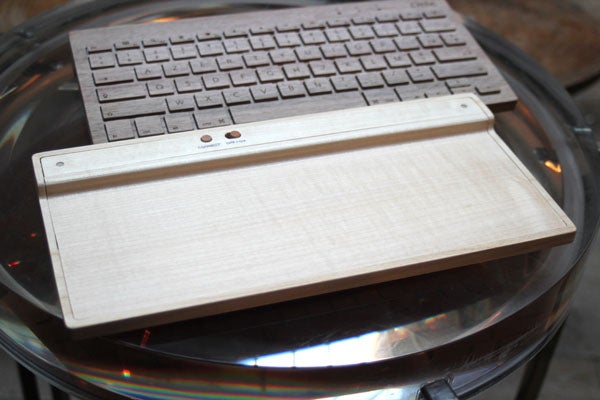 Of course one down side of this finish is that it’s not as easy to clean but then wood does tend to wear its age well – just be careful not to spill your drink on it.

The default key layout is for US Macs but you can customise this, opting for a UK, German, Canadian French and Canadian English layouts in either Mac or Windows style. You can even choose the font with Fedra, Mrs Eaves and Didot on offer. 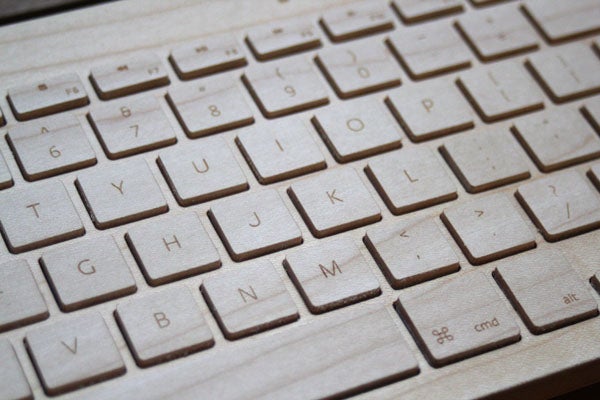 All that and you can even specify a custom engraving for the blank section on the top left, with up to 60 characters available.

In terms of features the Board is quite simple. It has an off/on switch, a removable flap to access its two AA batteries, three indicator lights for power/connection, scroll lock and caps lock and that’s about it. 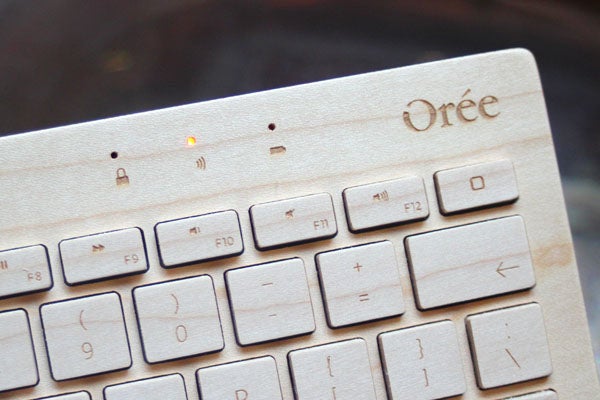 The key action is of the scissor type as used on one of our old favourite keyboards the Enermax Aurora. It’s a step up from the rubber membrane actions you get on most keyboards with a more defined response, greater tolerance to the angle at which your fingers strike the keys and better wear rate. These are not as good as ‘mechanical’ switches as used on the Filco Majestouch but mechanical switches are very expensive so combined with a premium wood finish, it would have resulted in a £200+ keyboard. That said, Oree hinted it might produce just such a product in the future. 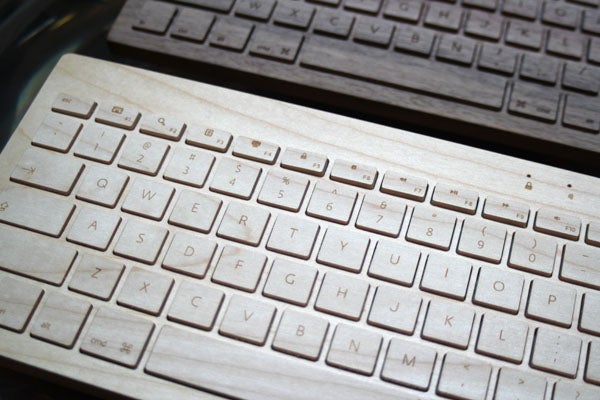 We found the Board very nice to type on, though we were a little concerned about the squared off edges of the keys. Not because of comfort or typing issues but because we found it quite easy to catch the edge of the key, which if done with enough force could pull it right off (say if you were stuffing it in a bag). The same could be said of Apple’s similarly styled Bluetooth keyboard but here we found it just that bit more noticeable. 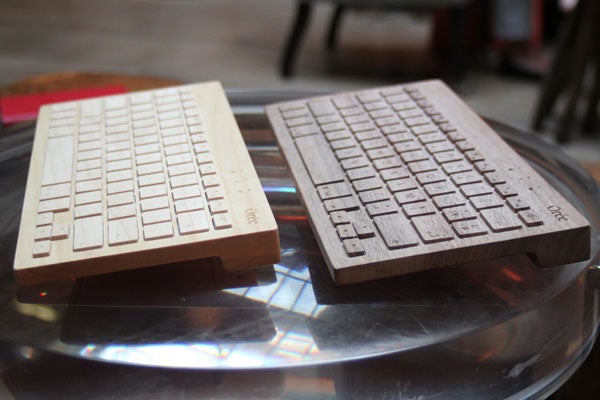 Oree is a new company and the Board is its first product, but as well as making other keyboard designs it also hopes to apply its Wood Design Tech philosophy to many other computing peripherals.

Costing 125 euros, the Oree Board is a premium product but it seems fairly priced for the level of craftsmanship on offer. We’ll be back soon with a full review but for now it seems like a great buy if you want something a little different to adorn your designer desk.