What are the Sennheiser Momentum Free M2 IEBT SW?

The Sennheiser Momentum Free are low-bulk wireless earphones from the Momentum range. This is Sennheiser’s more-tasteful-than-most take on the street headphone.

This pair sounds great, improving on the Momentum Wireless In-ear and getting rid of most of their fit problems. If you have money to spend, you’ll probably be happy with these earphones.

However, like most of Sennheiser’s Bluetooth headphones the Momentum Free M2 IEBT do seem a little expensive. 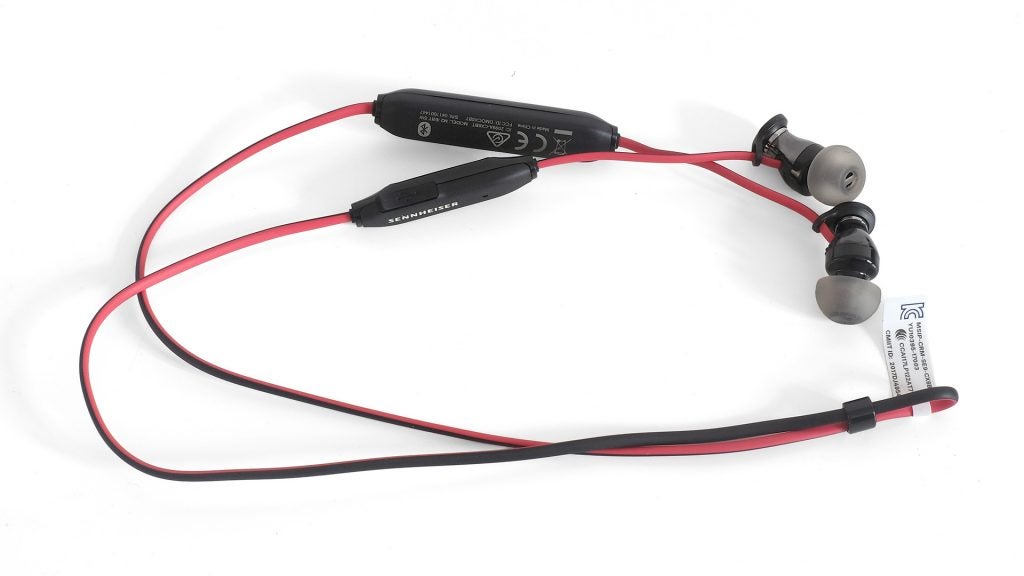 The Sennheiser Momentum Free M2 IEBT are wireless earphones. Their name suggests they might be of the wire-free kind rapidly becoming more common. But they’re not.

These earphones have a cable between the earpieces. You lose the bulk of the Sennheiser Momentum In-ear wireless, but not the cable. If you don’t want a cable at all, check out our Best True Wireless Earphones round up.

I’ve been waiting for this pair, though. The Sennheiser Momentum In-ear Wireless received a positive reception generally, but I found the neckband poorly designed. It didn’t work well for joggers or any sort of moderate exercise. 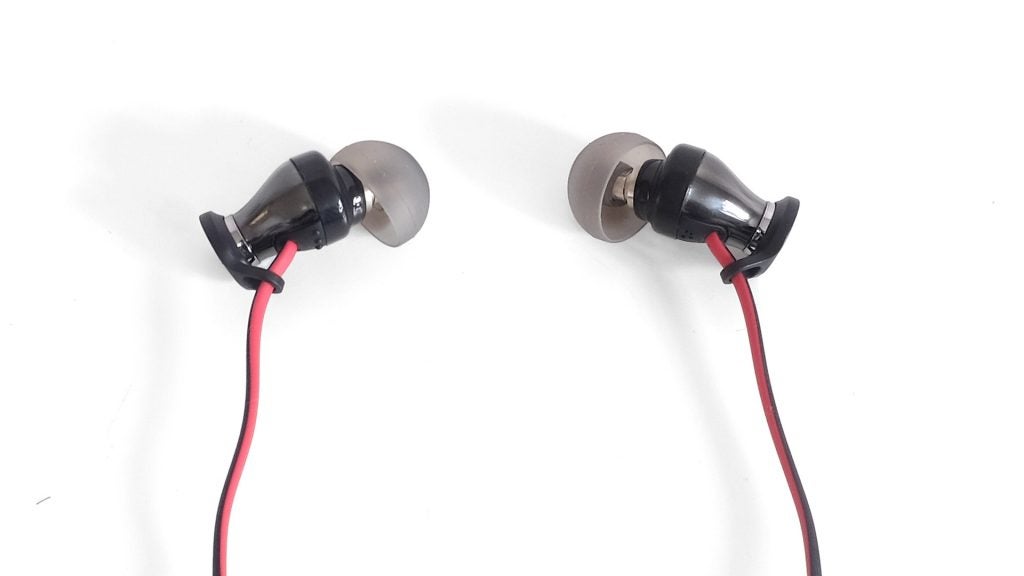 While I prefer this design, that we lose a napa leather-covered neckband but zero pounds in cost seems a bit stingy. Both have a £169.99 RRP. You know an earphone is expensive when even the Bose alternative looks like a good deal in comparison.

Aside from the new cable design the Sennheiser Momentum Free M2 IEBT look a lot like the original Momentum in-ear. The earpieces have a smokey metallic finish, and end with a disc you can grab to pull them out. 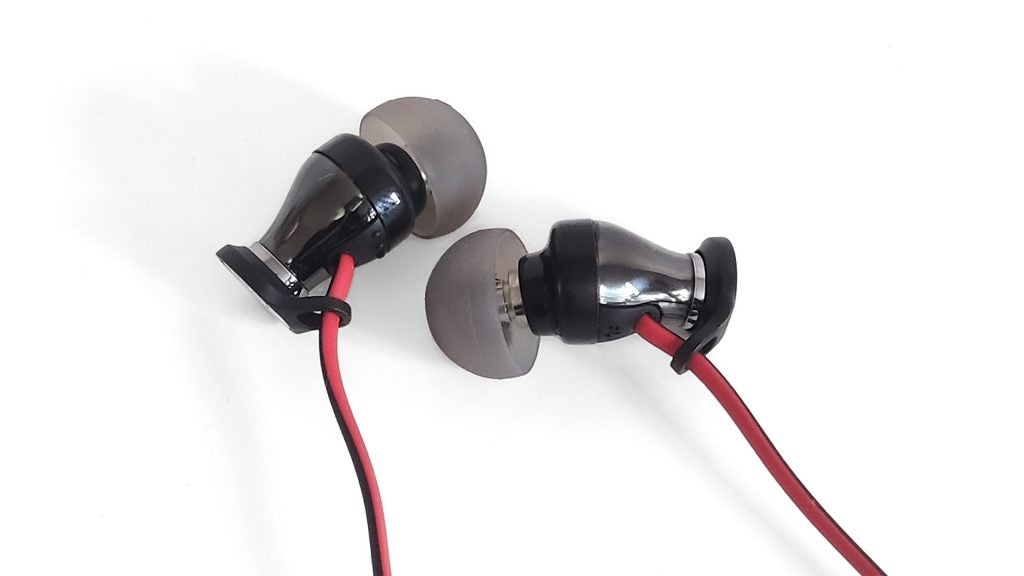 You need to dig in a little deeper than with some earphones, as I’ve found the Sennheiser Momentum Free M2 IEBT tend to gradually fall out. It’s likely because just under each earpiece there’s either a remote or battery block, which exerts a light, nagging pressure as you move around.

I do find the Sennheiser Momentum Free M2 IEBT comfortable, but for the first few days they kept on falling out until I learned to really jam then into my ear canals. The cable tie is also vital to getting the right fit for running or the gym. This just ties together the slack in the unusually long neck cable, so it doesn’t get in the way as much.

These earphones feel late to the party, and there’s no sign of the “true wireless” Sennheiser pair that will doubtless appear one day. However, they are less problematic than the Momentum In-ear Wireless. 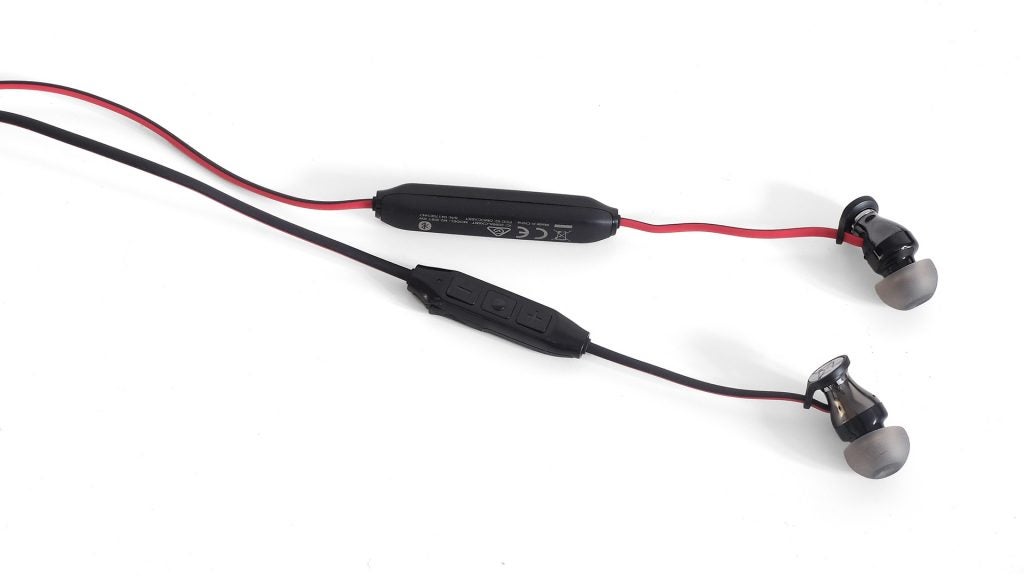 The Sennheiser Momentum Free M2 IEBT use Bluetooth 4.2 for their wireless transmission, and I don’t think I’ve heard a single blip during testing.

This sort of performance is what we’d expect from a company like Sennheiser, but it actually had big problems with the wireless of some Momentum models a couple of years ago. Normal service has resumed.

Aside from great reliability, the Bluetooth also offers high-quality aptX (with Low Latency) and AAC streaming.

However, in some ways they’re a downgrade from the Momentum In-ear wireless with neckband. There’s no NFC and battery life is a “just good enough” six hours. Pairs like the Beyerdynamic Byron offer better battery life with a less pronounced battery bulge.

There’s no active noise cancellation, no aptX HD. Your last extra is a leather carry case, which in my opinion is a little too large to be useful. But it’s well-made. 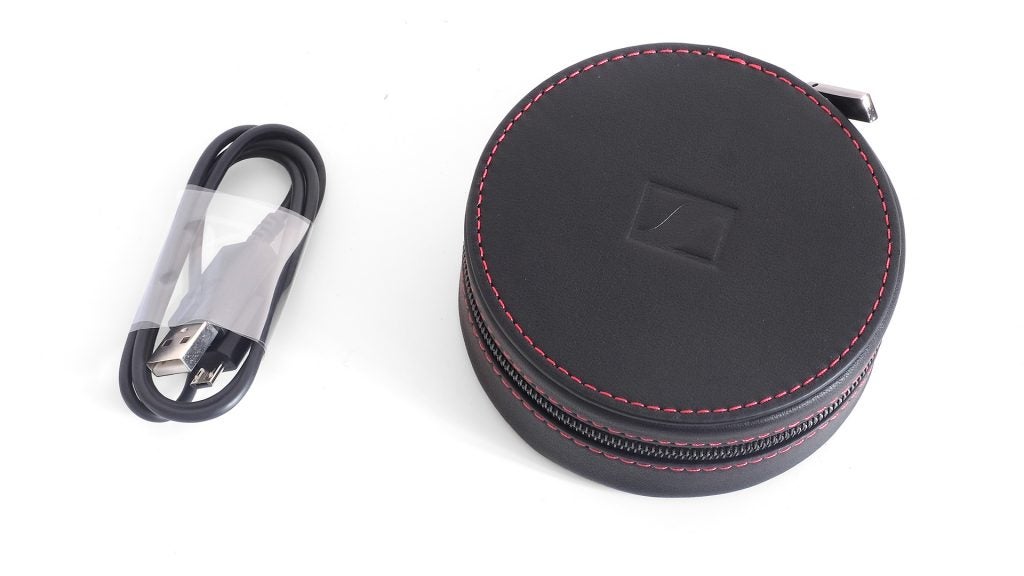 One of the most pleasant surprises of the Sennheiser Momentum Free Wireless is that Sennheiser has actually made significant improvements to the sound since the version with the neckband. While I like the sound of that pair, it’s not perfect. Read the Momentum in-ear Wireless for more.

This newer pair has significantly tightened-up bass and more pronounced mids, solving the biggest complaint I had about this pair’s brother. Better bass separation also stops unwanted bass resonance when you’re listening to podcasts or music with deep vocals.

What we’re left with are some of the best-sounding in-ear headphones, particularly for those after a sound that can compete with the street rather than delicate hifi sound. Like other Momentum pairs, the Sennheiser Momentum Free Wireless excel at delivering very low-frequency and sub- bass. To my ears this is the bass that provides the thrills, not the slightly higher-frequency stuff that is often what telegraphs a headphone as “bassy”.

The soundstage is also wide and coherent, which is another classic Sennheiser strong point.

This pair trades away from of the smoothness of the neckband sibling for greater energy, improved dynamics and more overt detail. I find it a very worthwhile trade-off, particularly as they just make music sound that bit more exciting.

Like other Momentum products, though, they are a balance between power and fidelity. If you’re happy to trade away some power for clarity, check out the V-moda Forza Metallo Wireless. 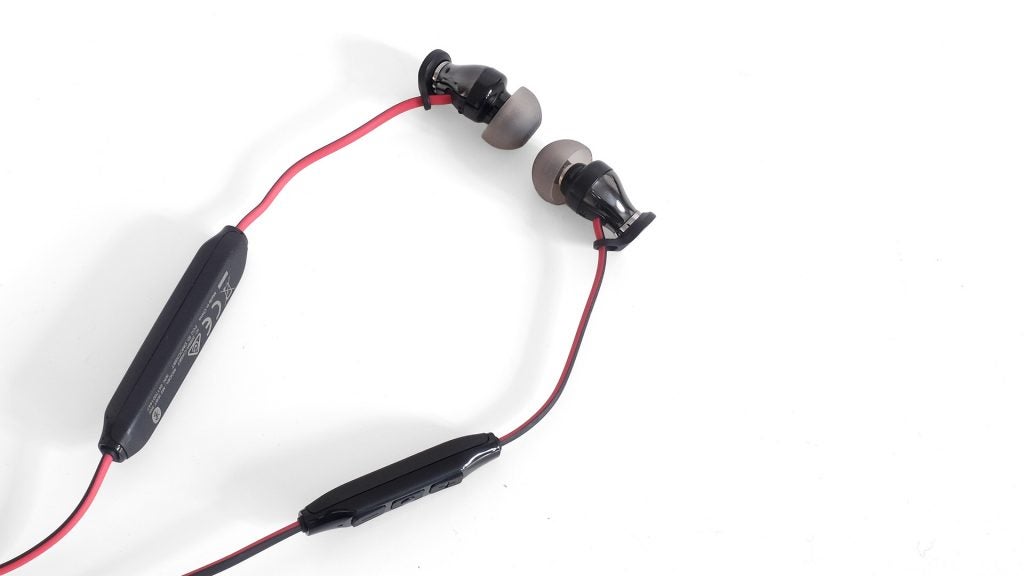 The Sennheiser Momentum Free Wireless seem like an earphone Sennheiser should really have got around to releasing a year or two ago. However, headphones are slow to age among gadgets.

These are some of the best-sounding earphones in their class, also beating the Momentum in-ear wireless headphones with neckband.

It’s a shame they’re more expensive than almost all their direct rivals, and only slightly cheaper than the true wireless Sony WF-1000X. And that battery life is fairly mediocre. However, I’m of the opinion that if a headphone sounds good, it is good. The Sennheiser Momentum Free Wireless have that part down.