Considering the phone’s limited specs, gaming performance is very good. The Nokia Lumia 1320 has a dual-core 1.7GHz Snapdragon S4 processor, which in an Android phone would be considered an old lower mid-range chip, and 1GB RAM. However, here it’s enough to make high performance games – like Asphalt 8 – run well.  It’s down to a combination of the relatively undemanding 720p resolution and the efficiency of Windows Phone 8.

As with most Nokia Windows phones, general performance is solid too. One of the key benefits of the Windows mobile system is that it’s speedy on virtually any device – one of the reasons you don’t see £50 Windows phones, yet. To put the phone into a wider Lumia context, the Lumia 1320 uses the same processor family as the Lumia 620, but its chipset is clocked a lot faster (1.7GHz to the 620s 1GHz). 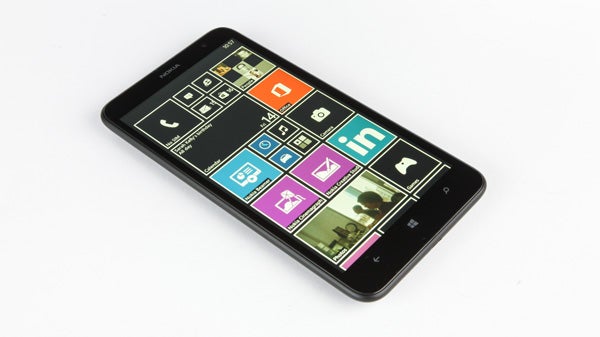 There are still significant loading pauses when you run apps, and some lag within some apps, which separates the Lumia 1320 from the Lumia 1520, but scrolling through menus and switching between the apps scroll and the Live Tile home screen is slick.

Windows Phone is also quite accessible. It comes with a pretty usable Live Tile layout that features most core phone features in a sensible arrangement. It can all be fiddled about with, but it’s not strictly necessary.

Windows-based phones like the Lumia 1320 still come with caveats, though. The apps and games selection is nowhere near as good as that of an iPhone or Android phone. We’ve been complaining about this issue for years, but it’s still a real problem if you like mobile gaming or discovering new apps on a regular basis. Windows Phone either misses out on the latest app fads entirely, or gets apps a bit later than Android and iOS.

The Lumia 1320 does have a few apps you won’t find on every Windows Phone. The most important are the HERE navigation apps. You get HERE Maps and HERE Drive, which are on-foot and in-car maps tools. They’re fairly good, although we still find the Google Maps app to be a bit more reliable. 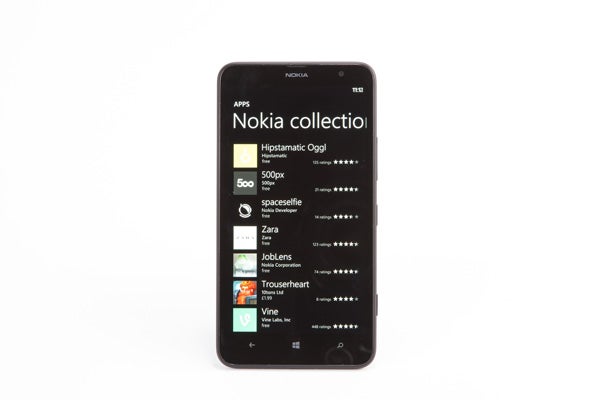 You also get a couple of Nokia-specific photo/camera apps. Cinematograph takes a burst of photos to let you make fun little animated GIF-style motion JPEGs. It’s silly, but fun. And Nokia Creative Studio is a fairly rudimentary photo editing app. Editing like this is left out of Windows Phone’s default camera app, so it’s a must-have.

The most unusual of the lot is Nokia Beam. By scanning a QR code from a website the app gives you, you can transmit what the camera sees to any computer around the world (over the web). We’re yet to find a killer application for this, but it is neat to see in action.