The Nokia Lumia 1320’s camera is another area that – like screen resolution – is conspicuously restricted. It appears to use the same camera module and f/2.4 lens as the Lumia 620 and Lumia 520, two of the lowest-end Nokia Windows phones.

In those mobiles such a low-end camera makes sense – and it’s a solid performer in that field. But in a phone that costs almost £300, its hardware does not impress. 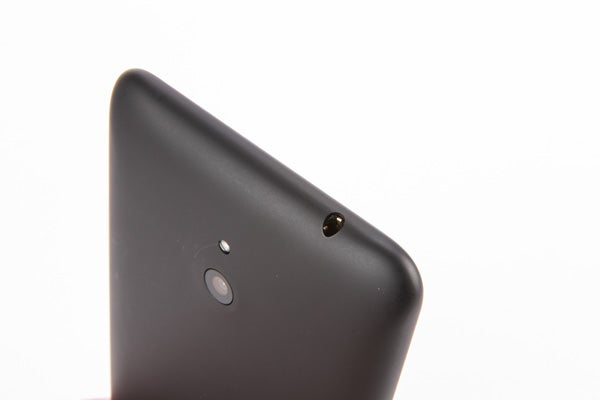 There are two key deficiencies in its tech specs: sensor resolution and sensor size. The 5-megapixel camera is fairly low-res, and its ¼-inch sensor is tiny. Given the size, it’s actually a good thing that the resolution isn’t higher. Let’s see how this hardware affects picture quality. 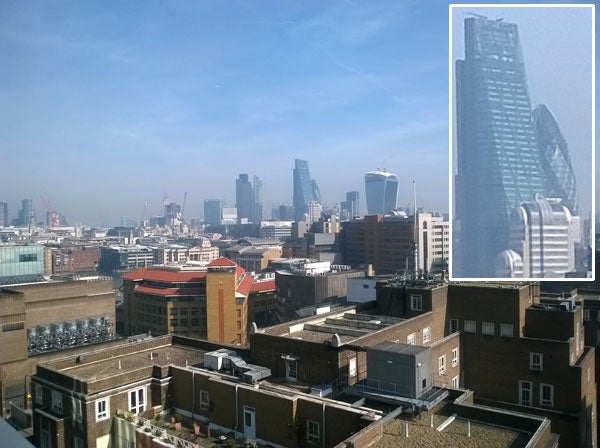 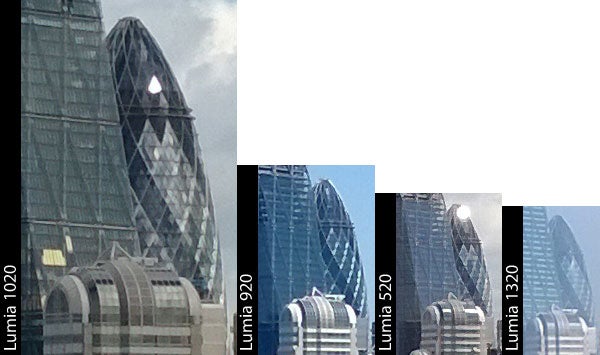 This shows quite how clear a class-leader the Lumia 1020 is. The slight lack of contrast in the Lumia 1320 is partly down to it being a hazy day

What’s rather amusing – if not surprising – is that given the sensor limitations, the Lumia 1320 doesn’t even use its whole image sensor as standard. It has a 4:3 sensor like almost all mobile cameras, but shoots in 16:9 aspect by default. This can be changed in Settings, though.

Image performance is mixed. Given the size of the sensor, we’re impressed by its handling of dynamic range and its approach to trickier lighting situations. Nokia has clearly put a lot more work into getting the camera sensor working as well as it can – more so than the budget phones we tend to see these sort of camera setups in.

However, the fundamental limitations of the hardware are obvious. Even photos in extremely well-lit conditions photos are very noisy and the level of detail in all shots is very limited. Compared with Nokia’s better-equipped phones, the Lumia 1320 shots look very soft. This is the camera of a budget phone, jammed into a mid-range mobile.

For all its faults, there are things to like about the 1320 camera. It’s highly usable, for one. Its autofocus isn’t as quick as most other Lumias and its shot-to-shot speed is around 2-2.5 seconds (not fast), but focusing is reliable. And while you’re unlikely to take any stellar shots with the Lumia 1320, it generally doesn’t take absolutely terrible ones either. Nokia’s image handling engine is simply quite good. Here are some more samples: 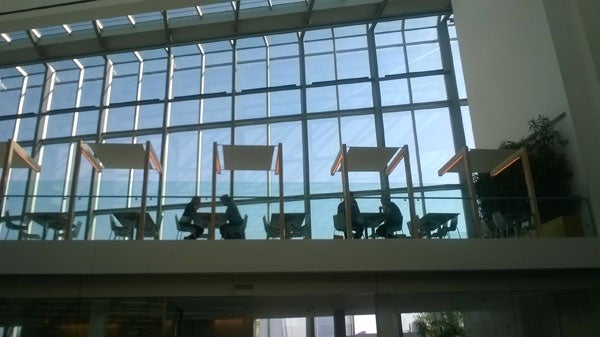 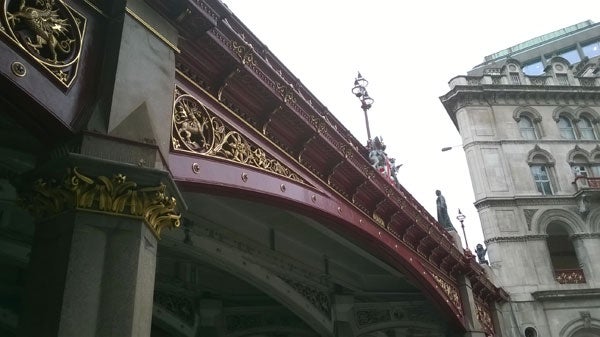 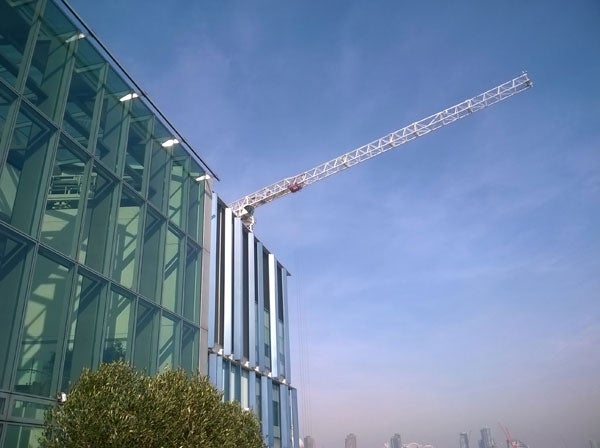 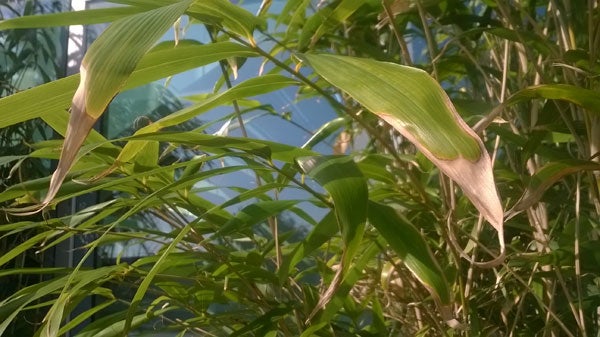 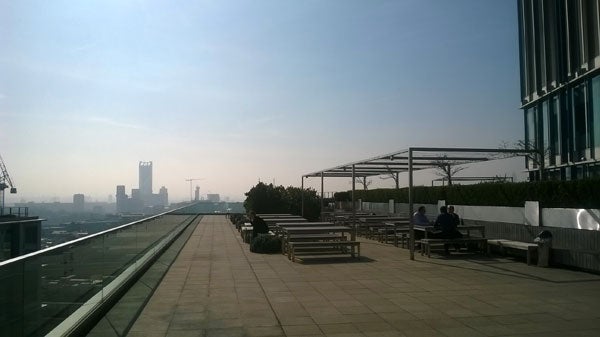 With the sun just out of shot, this photo’s foregound exposure could have been a whole lot worse

The Lumia 1320 shoots video at up to 1080p resolution from its main camera, although 720p resolution is selected by default. Testing with both modes, it becomes pretty clear why. When shooting in 1080p there are lots of dropped frames and weird changes in frame rate. 720p videos are much better.

Aside from the separate Cinematograph app, the Lumia 1320 camera experience is much like that of any other Windows Phone. You get a physical shutter button, which has a nice two-stage action to let you control focusing and the shutter separately, and the camera app is very simple indeed.

Rather than offer loads of inbuilt filters, you download extra ‘lenses’, which make up the various photo modes. The only controls at your fingertips are those for switching between the rear and front cameras, the flash switch and the stills/video control. It’s not to everyone’s taste, but makes for a very immediate, iPhone-like shooting experience. And if you don’t want to use the physical button, a single on-screen press both focuses and takes a picture.

In summary, the Lumia 1320 main camera is easy to use, but fundamentally not much cop.

There’s also a front camera, and once again it’s very basic. It uses a VGA-quality (0.3-megapixel) sensor. Again, this is the sort of camera we’d see in an entry-level phone, but £270 SIM-free isn’t really an entry level price. 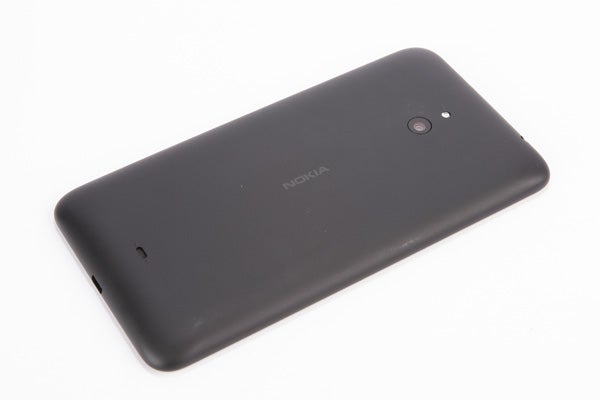 This phone will be able to last a solid two days for the majority of users. Naturally, the more you use the screen, the quicker the battery will be zapped. And stamina isn’t actually as good as it could be had the phone used a more efficient chipset.

The Snapdragon S4 chip of the Lumia 1320 is pretty old at this point, and doesn’t have the same level of clever power management as something like the Snapdragon 801. 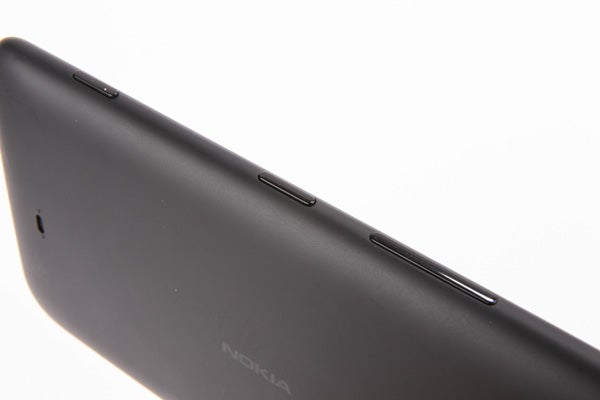 It makes up for the ageing processor a little with its connectivity. The Nokia Lumia 1320 is a 4G phone – something that still is not a given in new mobiles.

4G in cheaper phones will be one of the main mobile ‘stories’ of 2014, and it has been prioritised over other connectivity extras in the Lumia 1320. There’s no NFC and no Wi-Fi ac for example (it tops out with Wi-Fi n). However, so few people will actually notice that these are missing that we think it’s a sensible place to make cuts.

As is common in Nokia phones, the call quality of the Lumia 1320 is strong, and it uses a secondary mic for active noise cancellation during calls. 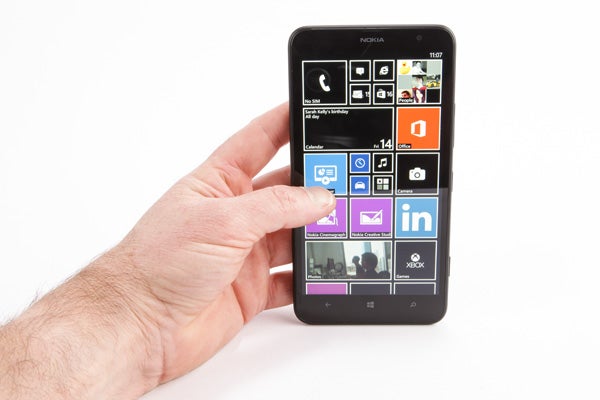 The Nokia Lumia 1320 is a tough sell. It’s big and heavy, has a lower resolution screen than we’d like given its screen size, and we’re not convinced that Windows really offers enough big-screen benefits to compensate for the practical size issues.

It is significantly cheaper than the Lumia 1020 and Lumia 1520, but doesn’t distinguish itself in the way those phones do. The only thing that’s remarkable about the Lumia 1320 is its size, and that’s not a positive in all respects. Want to play games or watch videos? A large screen is great. But then Windows Phone is not a great game-playing or video-watching platform.

The Nokia Lumia 1320 is a big phone that doesn’t try to hide its oversized dimensions. However, the large screen’s benefits don’t outweigh the practical issues of a phone this size, especially one that weighs as much as 220g.

Next, check our the best mobile phones money can buy