The Nokia Asha 309 is built around Nokia’s aging Series 40 operating system. This falls kind of half way between a feature phone OS and a full-blown smartphone OS. Nokia has gradually added features and extra functionality to Series 40 over the years and the result is that much of it now looks a bit like an ‘Android-lite’ OS. 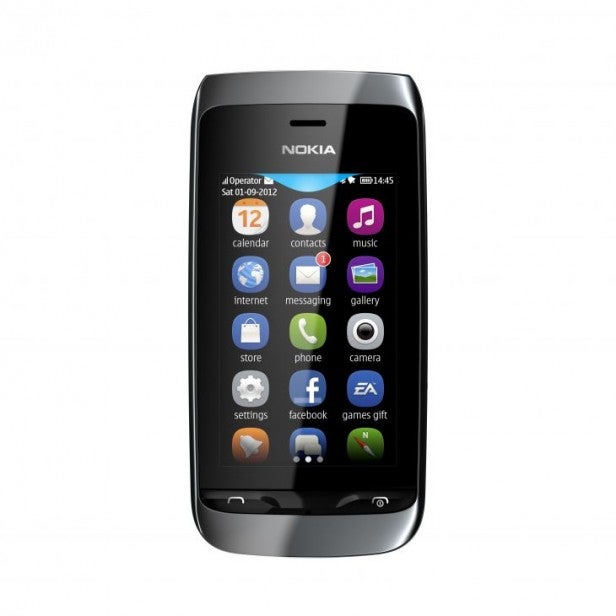 The simple lock screen displays the time and date as well as the network you’re connected to and the battery level. You can swipe this left or right to unlock the phone and get to your homescreens, of which there are three. The central one is essentially an app drawer and shows a scrollable 3×4 grid of icons for your various apps, features and settings. From here you can scroll right to get at the phone’s dialler or scroll left to access your shortcuts. You can also replace the dialler screen with the music player or radio app if you want.

There’s a pull-down notifications tab at the top with quick switches for turning settings such as mobile data, Bluetooth and Wi-Fi on or off. You can also access the dialler, music player and SMS app directly from here.

The menus feel pretty responsive and the scrolling in the apps menu is fast and reasonably smooth. Navigating your way around the rest of the menu system is also pretty intuitive, as you open an app or menu just by tapping on it and exit from it by either hitting the on-screen back button or tapping the phone’s call hang-up key.

That said, the OS also feels very basic as it lacks stuff like live tiles or widgets and it doesn’t support multitasking for apps. Useful features such as cut and paste are also noticeably absent.

The Asha 309’s dialler and contacts book might not be as complicated as what you get on some smartphones, but they’re still reasonably feature rich and, crucially, easy to use. You can save pictures alongside contacts to make it easier to quickly locate the people you want to call in the contacts book. The contacts book also lets you SMS or email people directly from their contacts card and you can even forward contacts cards via SMS or Bluetooth. 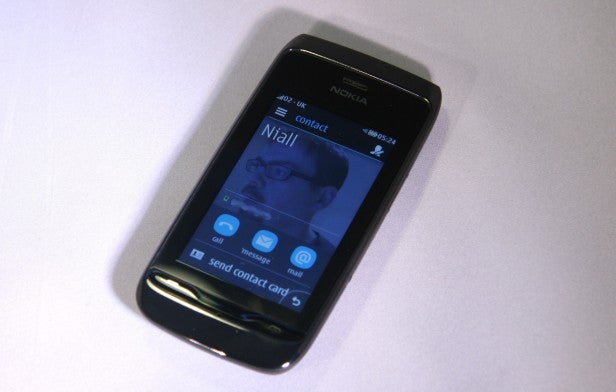 The phone gets a qualified thumbs up from us in terms of call quality. It generally retains a strong signal in places where we’ve seen some of the cheaper Android smartphones struggle, and while the ear piece isn’t exactly ear splittingly loud, it’s got enough volume on tap to allow you to pretty comfortably carry on a call when there’s a lot of noise around you, such as on a busy street. The mic is only so-so though, as on a few occasions callers reported that it sounded a little bit muffled.

The browser is the phone’s major weakness. It’s seems to be a proxy browser, using an intermediate server to format and compress the pages in order to speed up browsing over the slower 2.5G connection. However, this leaves you with only two levels of zoom – fully zoomed out where you can’t read any text on a page, but can view the layout, and fully zoomed in, where you can read the text, but often haven’t much of a clue where you are on the page. The browser also feels very quite sluggish at times, and overall it delivers a pretty poor browsing experience compared to what you get on even the mediocre budget Android devices.