With its lowly 2-megapixel sensor the Asha 309’s built-in camera is like a throw back to a different era. It’s not much of a surprise then to find that it also lacks basic shooting features such as an LED flash and autofocus.

That said, the camera app is actually pretty good, with plenty of settings that you can tweak. For example, you can adjust it for different lighting conditions, including daylight, and standard and fluorescent light bulbs. It also lets you overlay a grid on the viewfinder to help you frame shots, and there are some simple filters you can apply for sepia, negative, and greyscale effects. 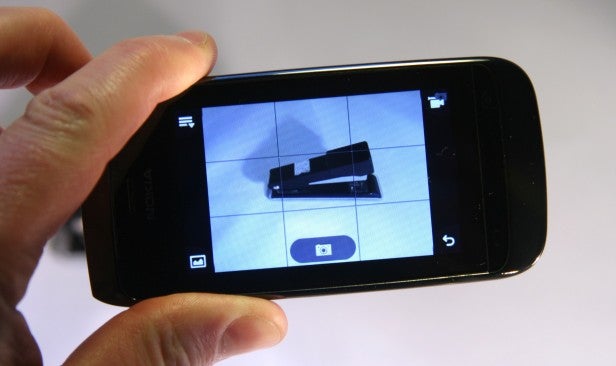 None of this hides the fact that the camera produces very weak photos though. Colours are either washed out or over-saturated, focus isn’t all that sharp and detail levels are pretty woeful. The camera has a video mode too, but again this produces poor results. The highest resolution you can shoot at is an embarrassingly low 176 x 144 pixels at just 13 frames per second.

The Asha 309 only offers 128MB of built-in memory for storing your own files with, although that’s actually double what was available on the older Asha 306. Thankfully though, there’s the option to expand memory via microSD card, and Nokia even bundles a 2GB microSD card with the phone to get you started. Should you require more then the handset can accept cards of up to 32GB in size, potentially giving you plenty of room for storing music and video files.

The video player isn’t too bad as it’ll play standard definition MP4 files as well as those in 3GP mobile format. The phone’s music player also does a decent job of handling your library of tunes. It shows album art while tracks are playing, you can create playlists on the go, and it includes repeat and shuffle play modes as well as a number of equaliser presets. The plasticky headphones that come with the handset are rubbish and lack bass though. Hook up a decent set and you’ll find the sound quality isn’t bad, with a reasonably clean and hiss free output. 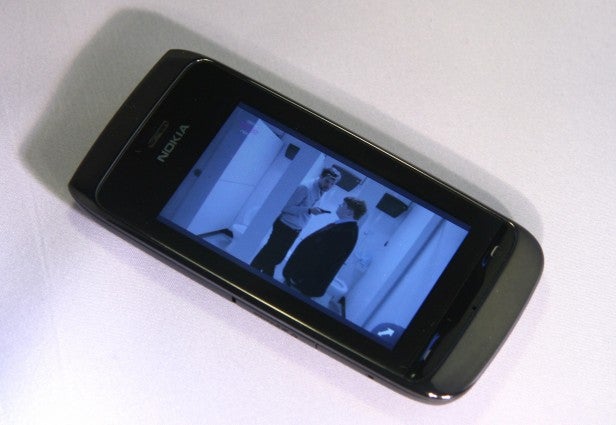 You get 40 EA downloadable games as part of the deal with this phone, but the games are all old-style Java titles, so they’re not a patch on what you can download on Android handsets from the Play store for free, for example. Nokia has also preloaded a number of apps including one for Facebook. However, it can be torturously slow to load and seemed a bit buggy when we used it. Overall, on the multimedia and apps front, this handset just can’t compete with Android competition like the ZTE Blade III.

The Asha 309 comes with Wi-Fi and Bluetooth 3.0 connectivity built in. The latter supports higher transfer speeds than the old Bluetooth 2.1 standard, although this isn’t actually a huge benefits on a handset like this. It’s more likely to have been included here simply because it simply part of the Wi-Fi chip implementation (Bluetooth V3.0 switches to the Wi-Fi radio for high speed transfers).

Sadly GPS is not provided, so the onboard maps app can only uses cell tower triangulation to roughly work out your location, and this isn’t always terribly accurate.

The biggest problem with the phone, though, is that it doesn’t support 3G. Granted, the Asha 309 isn’t exactly great for browsing anyway due to its poor web browser and low-res display, however the lack of 3G support means that when you’re out of range of a Wi-Fi connection social media apps, such as Facebook are tortuously slow to use. Given that the Asha is primarily aimed at younger folk this issue is pretty much a deal breaker. 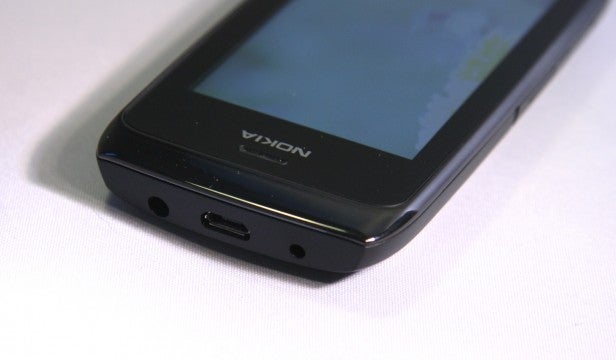 The phone’s lack of 3G, slower processor and small screen does at least mean that it has much better battery life than most smartphones. Nokia quotes a talk time of 17 hours and a standby time of 1008 hours. In real-world use, we found the Asha 309’s battery life to be very impressive. It will happily keep chugging away for around two and a half days with reasonably heavy usage before gasping for a re-juice. The phone has an old-style Nokia micro port as well as a microUSB port and both of these can be used for charging, although the charger that Nokia includes is a standard microUSB mode.

The Nokia Asha 309 finds itself between a rock and hard place; on the one hand it’s not cheap enough to tempt non-technical users away from traditional candy-bar phones, and on the other, it’s not powerful enough to punch it out with heavy-weight, low-cost Android phones. Unless you really, really need a touchscreen phone with long battery life, there’s pretty much no reason to choose the Asha 309 over a budget Android phone such as the stunning ZTE Blade III.