Platforms: Wii U
Ninja Gaiden 3: Razor’s Edge isn’t so much a port as an apology. Where other Wii U ports like Mass Effect 3 or Batman: Arkham City simply clone the existing game then add a little Wii U Pad functionality, Razor’s Edge uses the process as a chance to make amends for the failings of last year’s Ninja Gaiden threequel. In many ways it’s a win-win situation. Fans of Ninja Gaiden and Ninja Gaiden 2 can finally get their hands on a third Ninja Gaiden that’s worthy of the name. Owners of the Wii U, meanwhile, get one of gaming’s most legendary and most hardcore action franchises on their machine. The only question is whether that’s enough. 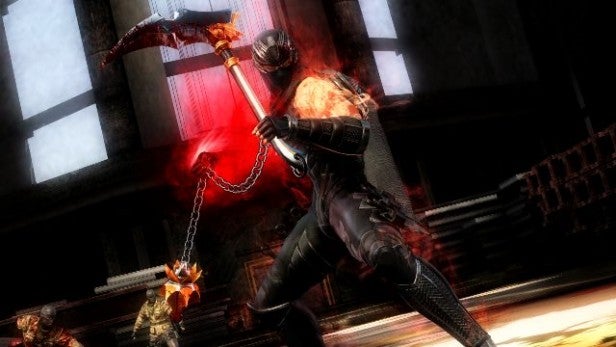 If you want a more detailed description of the problems of last year’s version, we’ll refer you to our original Ninja Gaiden 3 review, but the central issue was that Team Ninja meddled with the combat at the core of the game, transforming a sophisticated system of combos, blocks and counters into a simple but accessible button masher. While enough to alienate the game’s hardcore fans, this in itself wouldn’t be a disaster if the game wasn’t so mindlessly repetitive. There’s only so much mashing of the X and Y buttons that your average armchair ninja can take.

With Razor’s Edge, the intense challenge of earlier Ninja Gaidens is back. Enemies come in long and brutal waves, and there’s no way to survive on the default difficulty mode without learning how to block or evade incoming attacks, and working out which foes are vulnerable to fast or heavy blows. Tactical play and combos matter, as does timing when you need to use your ‘ninpo’ special attacks. Even the wuss-friendly ‘hero’ mode makes you work a little, but winning battles in higher modes is enough to make you raise a sweat – though the effort makes the winning all the sweeter. 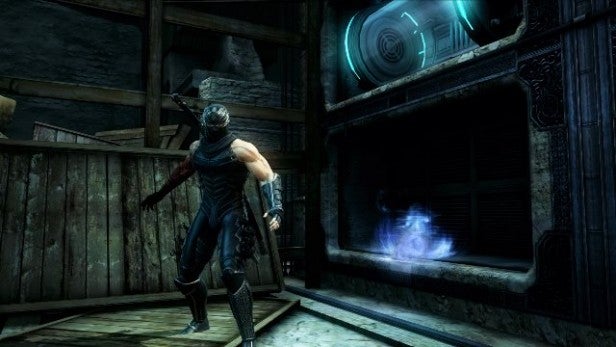 This would be enough to woo back fans, but Team Ninja has improved the fighting in other ways as well. For a start, the torrents of blood and gore from Ninja Gaiden 2 return, with each and every scrap seeing claret sprayed across the screen as Ryu Hayabusa slashes limbs from torsos, heads from necks and legs from trunks. Thought Kill Bill Vol. 1 or Shogun Assassin were pretty nasty? Razor’s Edge takes sword-based bloodshed to a whole new wince-inducing level. You’ll also find dismembered enemies crawling towards you in grenade-assisted suicide attacks. Show no mercy is our advice.

There’s also more variety in your weapons. The original Ninja Gaiden 3 left you stuck with a sword, throwing knives and bow, but Razor’s Edge adds claws and talons, the classic lunar staff and a deadly scythe. Other arms come live if you collect enough of the hidden golden scarabs. To be honest, none of these make a huge difference or prove that much more fatal against attackers than your standard sword, but they add a little spice to the dismemberment. 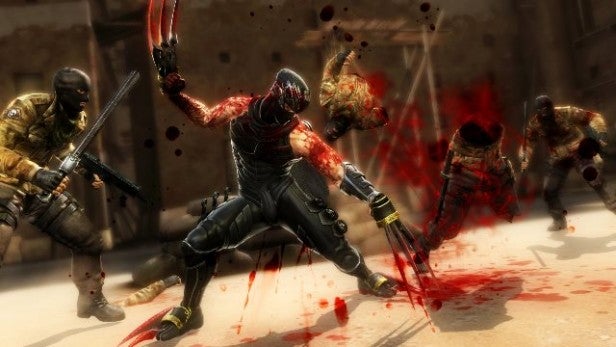 Other changes fix minor irritations. The annoying climbing system for scaling walls has been made slightly easier, and the awful sequences where Ryu wanders around in slow-motion looking for someone to stab in a remorseful fashion have been removed, to be replaced by still fairly poor sequences where he enters some kind of rocky dreamscape and slashes packs of enemies into bleeding chunks. There are fewer silly quick-time-event sections too.