Finally, Ryu’s Dead or Alive sparring partner, the purple-headed Ayane, has been bought in for a selection of bonus missions, complete with embarrassing voyeuristic cut-scenes for those who haven’t felt fully satisfied since the last DOA Beach Volleyball came out. These feel sandwiched in and go big on mass combat over more thoughtful forms of gameplay, but if you want to ogle buxom ninjas while they go about their bloody work, this is another point in the new version’s favour. Once again it’s a case of giving fans exactly what they want, we suppose. 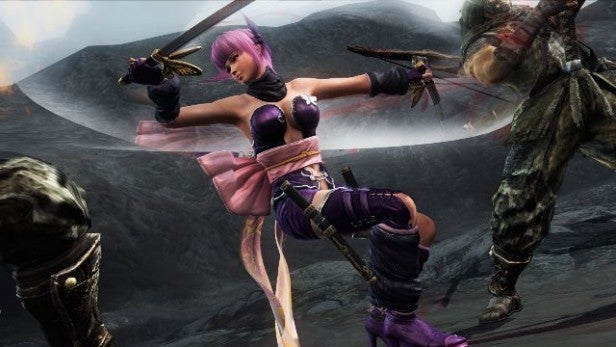 This is all good, even if the actual use of the Wii U hardware is unimaginative. We get redundant touchscreen controls for selecting weapons and activating special powers, plus combo lists and the option to play the game on the Wii U Pad screen. Still, the game runs well, and looks very similar to the Xbox 360 version – possibly a little clearer and more detailed, though it’s hard to tell with all that blood.

Here’s the good news, then: Ninja Gaiden 3: Razor’s Edge is a major improvement on the vanilla Ninja Gaiden 3. After struggling through the latter your correspondent would rather eat a live insect sandwich than play through the damn thing again, but we’ve not only played Razor’s Edge but smirked and chuckled much of the way through. The changes make slicing and dicing through wave after wave of enemies fun once again, and there’s something gruesomely satisfying about the whole blood-soaked process. The short platforming sections are enjoyable, and playing ninja is a nice way to unwind. 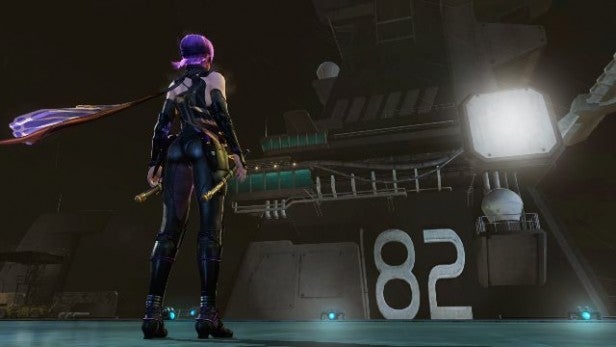 But this still isn’t a truly great action game. For all the changes, there’s something slightly monotonous and uninspired about the story, the locations and the bad guys, and something ridiculous about the set pieces. The ninja vs helicopter and ninja vs cyber-zombie dinosaur battles are all very entertaining, and don’t jar so badly now that the game’s bizarre anti-violence subtext has been all but removed, but they lack the wow factor of what we’re seeing in other games in the genre. Ninja Gaiden 3 felt backwards in comparison to Bayonetta and God of War III and that still holds true with the remix. In fact, the emergence of the superior DmC: Devil May Cry only serves to drive the point home. Where DmC is a game you can happily play for hours on end, Razor’s Edge is best enjoyed in short, sweet thirty-minute bursts. 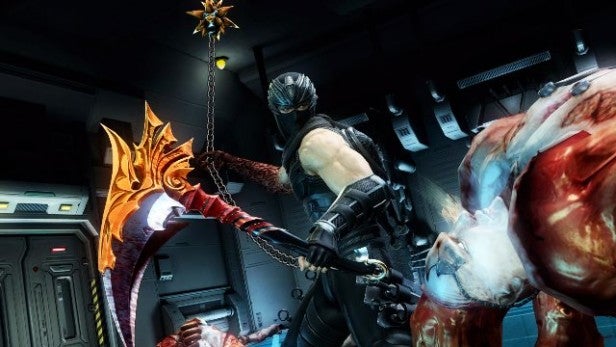 As a result, we can recommend Razor’s Edge to fans of Ninja Gaiden, or to those wanting a more action-oriented game for their Wii U, but it’s still not quite a must-have. With DmC out now and Metal Gear Rising: Revengeance and God of War: Ascension on their way, there are better hack-and-slash games either here or coming soon, and in their company Razor’s Edge feels better than it did, but still ever so slightly second-rate.

Razor’s Edge transforms Ninja Gaiden 3 into a proper Ninja Gaiden, and the result is a satisfying slice-and-dice ninja game. It’s a tighter, more challenging experience than the original, and one with more variety to boot. Yet against competition like Bayonetta, God of War and the new DmC, this still feels like yesterday’s action game. Fans will love it, and bloodthirsty Wii U owners could do much worse, but it isn’t quite a must-buy ninja blockbuster.