Nikon appears to be getting pretty serious about the action-camera market, and now has three models in its lineup. The KeyMission 170 features a 170-degree wide-angle lens, an 8.3-megapixel sensor, and it can record in 4K video (as well as taking stills). It has a screen on the rear and is waterproof up to 10m.

This camera sits in the mid-range of the KeyMission offerings, but there’s plenty on the specifications list that’s perhaps likely to appeal to those that might ordinarily grab a GoPro as their action-camera of choice. What’s more, perhaps if you’re already a photographer, you’re more likely to trust the Nikon branding. 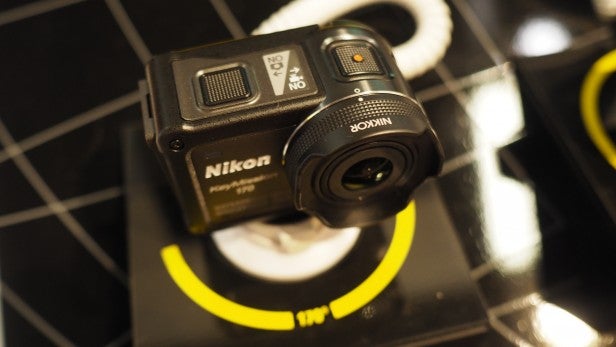 The KeyMission 170 is compact but sports a more familiar camera shape – it’s rectangular, with a screen on the rear and a lens pointing forwards.

It fits in the palm of your hand, and it feels sturdy and reliable. To that end, it’s “shockproof” from up to 2m – so basically, it should easily withstand a few bumps and knocks without becoming damaged. As already mentioned, the KeyMission 170 is waterproof down to 10m, which should be fine for water sports such as surfing and so on. The purchase of an additional case extends this to 40m – scuba divers may be particularly drawn by this capability.

On the front of the camera, the lens is quite bulbous and protrudes from the front. As a result, you may struggle to fit it into a very tight pocket; but that’s the price you pay for that ultra wide-angle view. 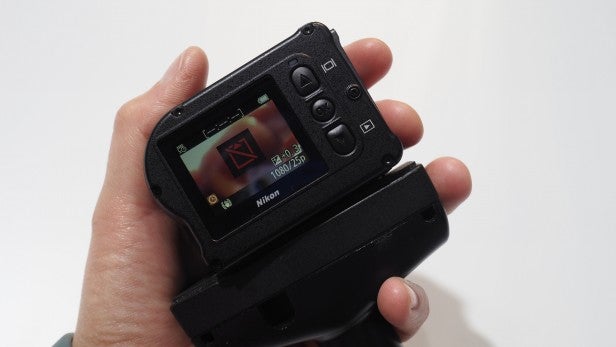 The screen on the rear of the camera provides a decent view of the scene in front of you, but unlike the screen on the KeyMission 80, it isn’t touch-sensitive. Instead, you have a series of buttons that can be used to make various changes to settings.

Two buttons sit on the top of the camera, one to switch on the camera in video mode and the other in photo mode. It’s pretty obvious which is which – the video button features a large red dot; but for those who struggle, there arrows to point it out.

You’ll find further buttons on the rear of the camera: two directional keys and an OK button. The directional keys double up as display buttons and playback buttons, but if you’re in a menu, or need to change a setting, you can use them to move between options. 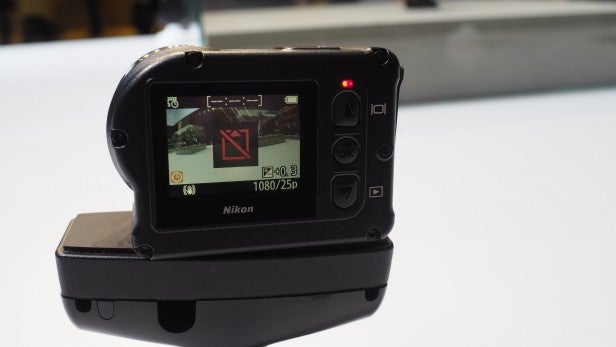 It’s a pretty simple menu, designed to make it as fuss-free as possible to change settings. You won’t find hundreds of different options to choose between, but you can alter items such as resolution and frame rate, exposure compensation and more.

Primarily, the KeyMission 170 is designed for recording video, and as such, there are some cool options included. You can record time-lapse videos, as well as super-slow motion. The camera comes with a mount too, which means you can attach it to a variety of places to ensure you capture all of your different types of action.

The KeyMission 170 is compatible with Nikon’s SnapBridge app, which means you’ll be able to maintain a constant connection with your smartphone via Bluetooth to automatically transfer stills and videos, allowing you to share them straightaway to social media sites and so on. The app is free to download for Android and iOS and is straightforward to use. 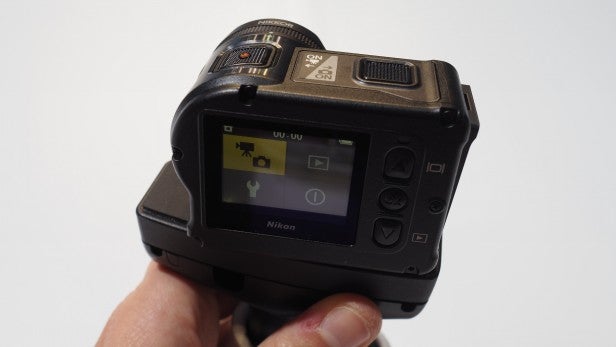 Although you can’t use voice control to command the KeyMission 170 like you can the new GoPro Hero5, it does come with a remote control in the box – which should be useful for triggering the camera when you’re not close to it.

As yet we’ve been unable to use a full production model of the KeyMission 170, but we think that it should be capable of producing decent images. We saw some early footage at Photokina, and it looks like it could be a good addition to the burgeoning action-camera market.

It’s interesting to see Nikon moving into this area of the market. Although the company announced the KeyMission 360 earlier in the year, to see a more affordable, everyday action camera is good news for those adventurous shooters with a smaller budget.

It may appear that GoPro has this corner of the market already in the bag, but with a big name camera brand such as Nikon joining the party, things could be about to change. Look out for a full review soon to see how well the camera gets on.