Offering exceptionally low prices for colour-changing bulbs and light strips, the Nanoleaf Essentials range is a great low-price entry point into smart lighting. With Thread built-in, these lights are best paired with a HomePod Mini and Apple HomeKit for the variety of features and performance. Those on Android or without HomePod Mini speakers can use Bluetooth, although setup and performance isn't as good. The lack of Alexa support and wireless controls could be a bigger issue for some.

Better known for its clever light panels that stick together for a fun wall of light, the new Nanoleaf Essentials range is the company’s first general-purpose bulb and light strip. Cheaper than the Hue equivalents, this is a great budget lineup of products.

They’re also compatible with Bluetooth and the new Thread mesh network, which offers faster control via a compatible product, such as the HomePod Mini.

The Nanoleaf Essentials range comprises of two products: the Lightstrip (£44.99) and the A19 bulb (£17.99). It’s the bulb in particular that stands out, thanks to its Rhombicosidodecahedron shape; its surface looks similar to that of a golf ball. While the Philips Hue bulbs can look a little dull when turned off, the A19 looks super-cool. You can get the bulb in both E27 and B22 fittings to suit the type of light fittings you have. 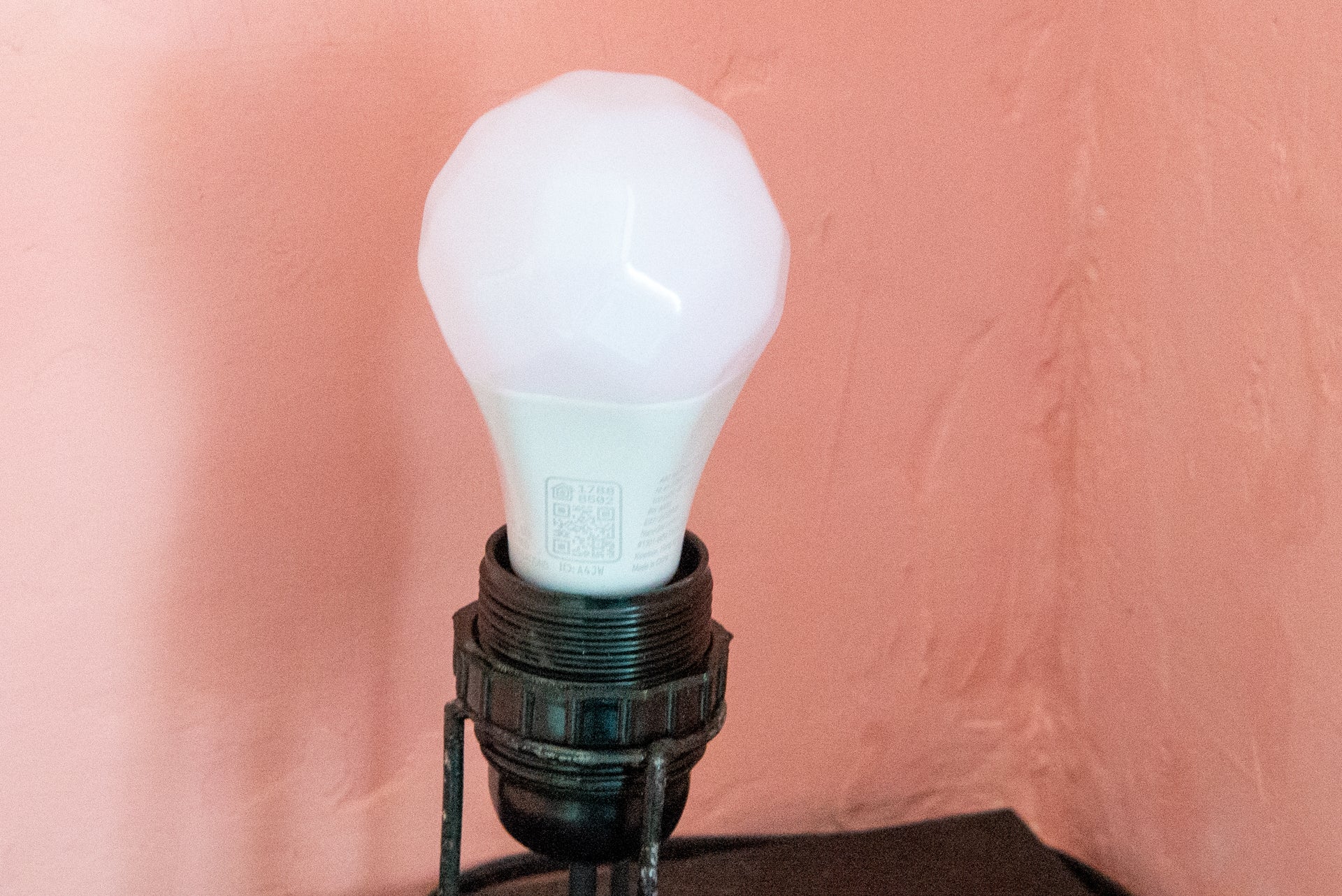 The Lightstrip is much like any other light strip: it’s a 2m long unit of LEDs with a sticky back that lets you place it on any surface. A power adapter is included in the box, which connects through a handy control panel that lets you turn the light on or off, change brightness and cycle through colour modes. 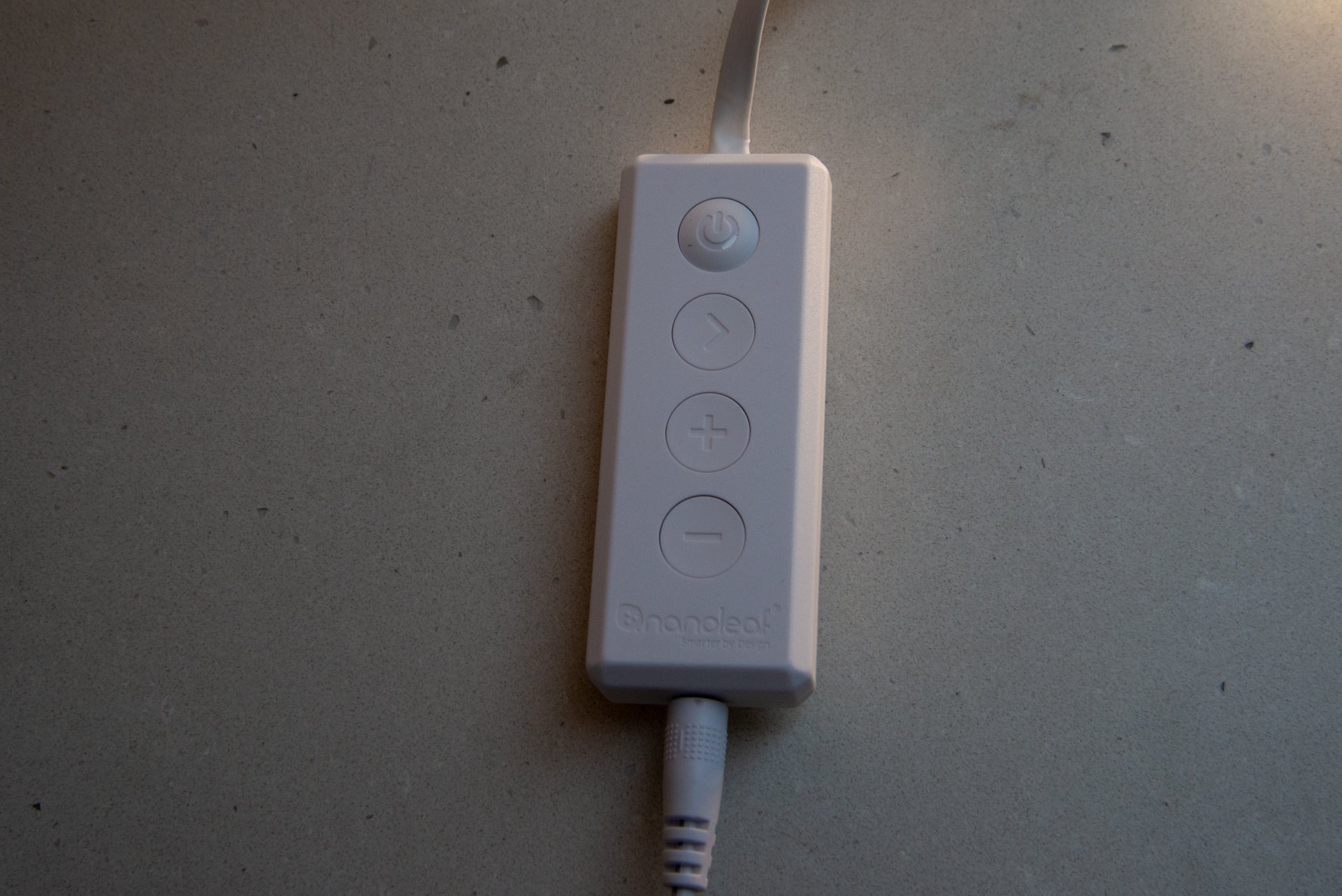 You can buy 1m light strip extensions for £17.99 each, expanding the strip up to 10m in length. That compares well with the Hue light strip, which can also be extended to 10m.

Both bulbs are set up and controlled through the app, and there’s no need for a hub. The method you use for connecting will depend on the type of device you have. For the best performance, you’ll want to use Thread, which requires you to use an iPhone and have a HomePod Mini. Thread is a similar technology to Zigbee: a low-power mesh network designed for smart home devices.

Provided there’s a HomePod Mini on your home network, the Essentials range will connect using this technology and appear in the Apple Home app. Although you don’t specifically get any new features, Thread responds faster than Bluetooth and offers better range. Making changes to the bulb’s colour, I was impressed by how quickly the lights responded. With Thread, you also get remote control. 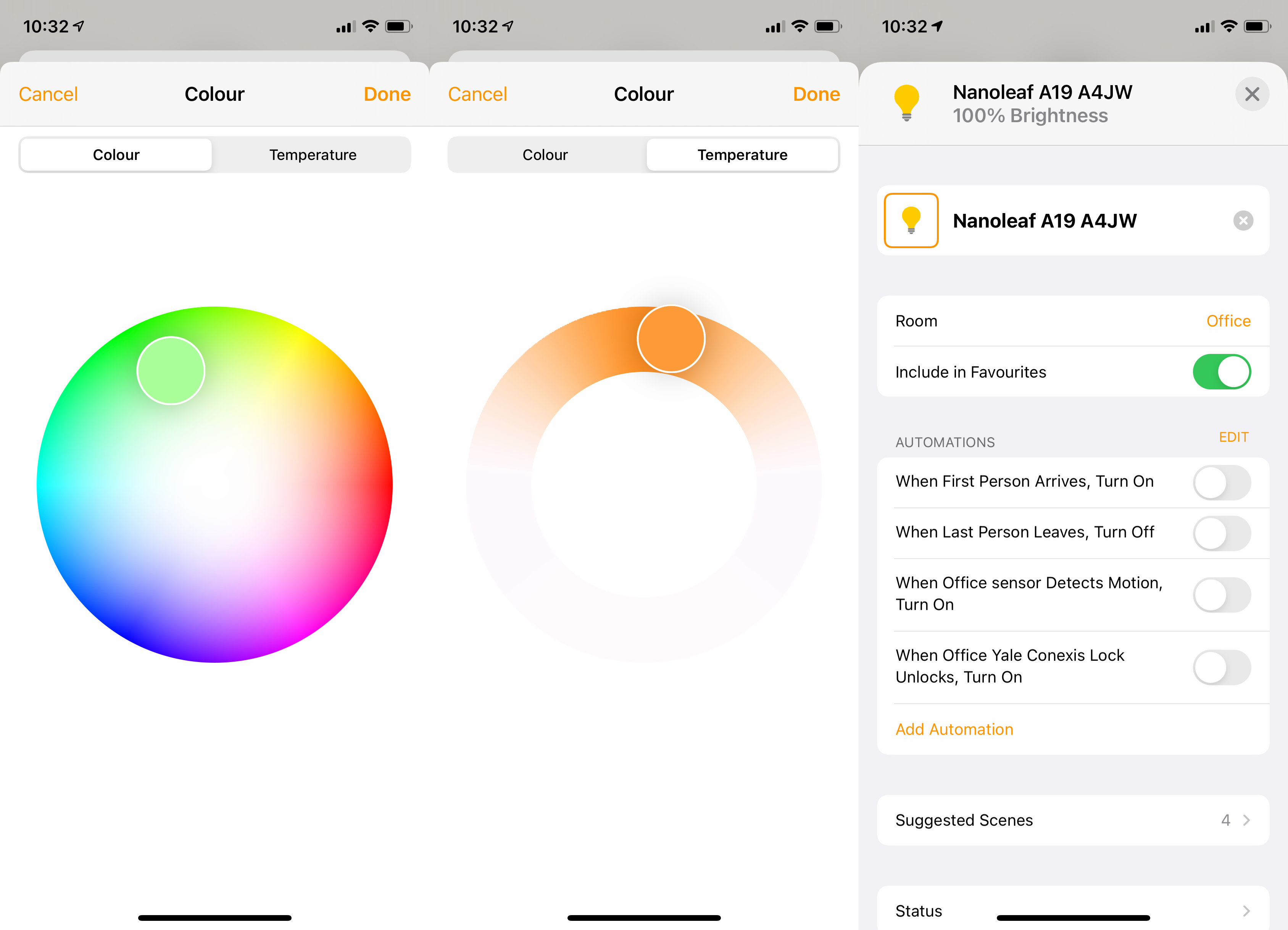 If you don’t have a HomePod Mini, or you have Android, you’ll have to use Bluetooth. Note, if you have the bulbs set up using Thread, and have an Android device, you’ll need to pair the bulbs with Android separately via Bluetooth.

Bluetooth control works, and provides the same features both through the Nanoleaf app and Apple Home, but there’s more of a lag, and you need to be in range of the lights to control them. It isn’t as fluid, and there’s no Wi-Fi backup option, which is the standard that Nanoleaf’s light panels use. 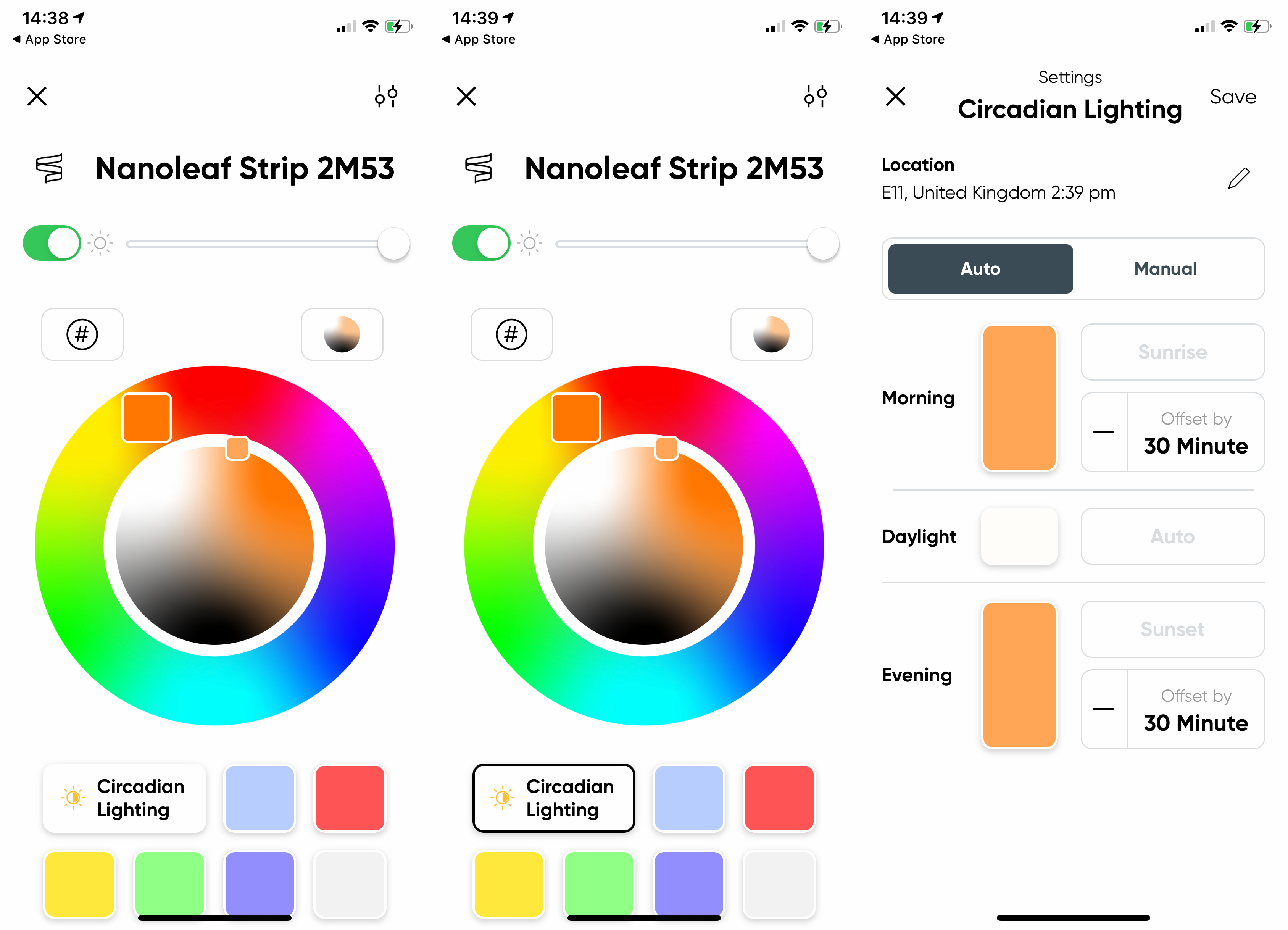 From the app or Apple Home, you can control the lights’ brightness and colour temperature, saving your preferred settings. The Nanoleaf app also has Scenes, although these were only available for its light panels.

Philips Hue handles scenes adeptly, letting you set up your favourites for each room, controlling multiple bulbs at once. Via the Nanoleaf app, you can turn rooms on or off and adjust brightness, but you can’t set up an overall colour scene.

Siri voice control is available via HomeKit. If you want to to use Google Assistant, you’ll have to set up the Nanoleaf Essentials bulbs again, hooking them up via Bluetooth via the Google Home app. This does provide remote control, although you get slightly less control than through the Nanoleaf app. There’s no Amazon Alexa skill at the moment.

Using Bluetooth and Thread, some of the old integrations with previous Nanoleaf products don’t work. If you have a Flic 2 Hub, for example, you can’t use its buttons to control the new lights. Nor can you get physical controls, bar the wired-in ones on the Lightstrip.

That’s a shame, since physical controls can be a quick way to operate lights. It’s one area where Philips Hue remains a long way ahead, with dedicated light switches and motion sensors available. 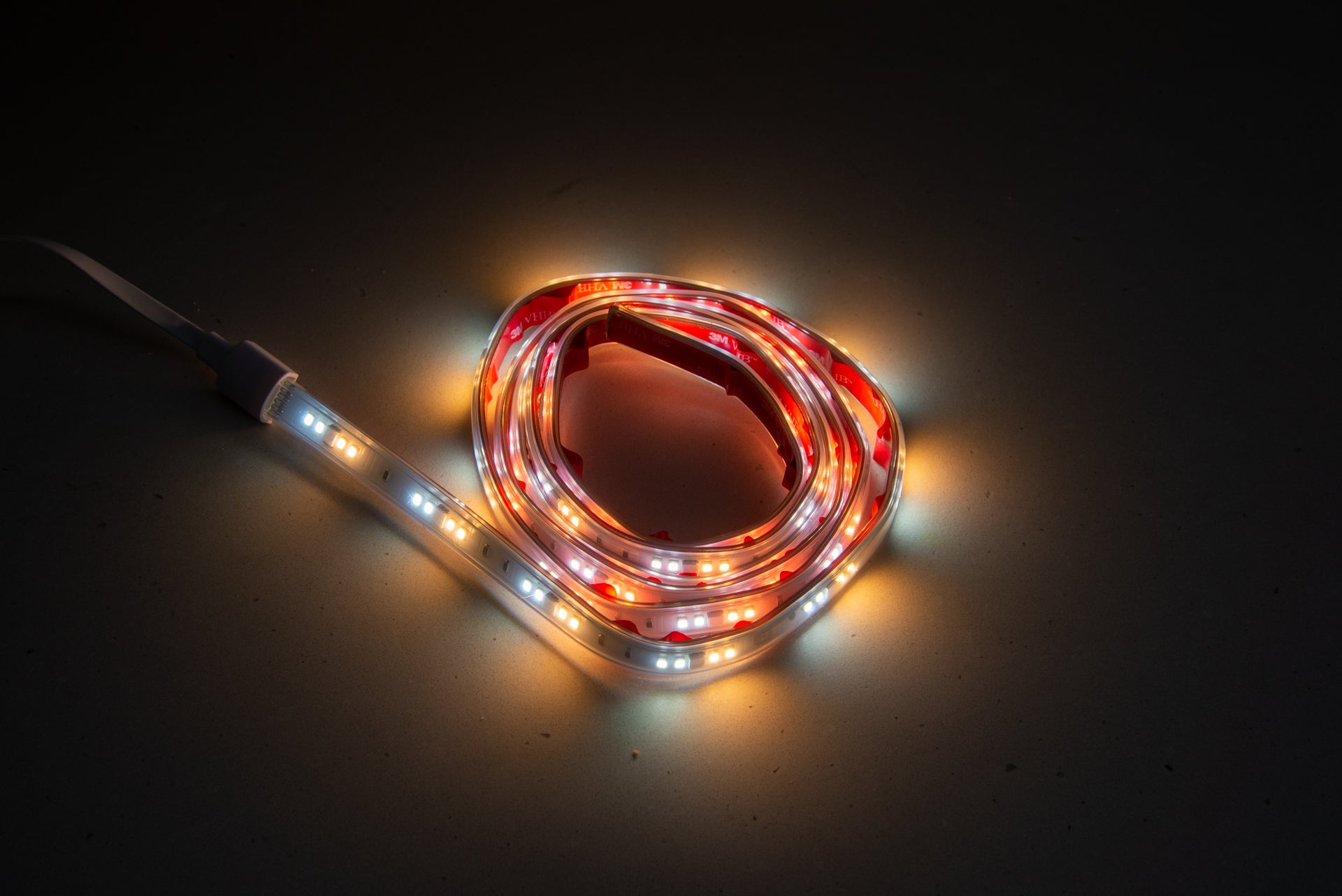 Certainly in white modes operating as “regular” light bulbs, the Nanoleaf Essentials holds up well against the Hue bulbs. You can clearly see what’s going on, and you get the same quality of light as from a regular bulb. 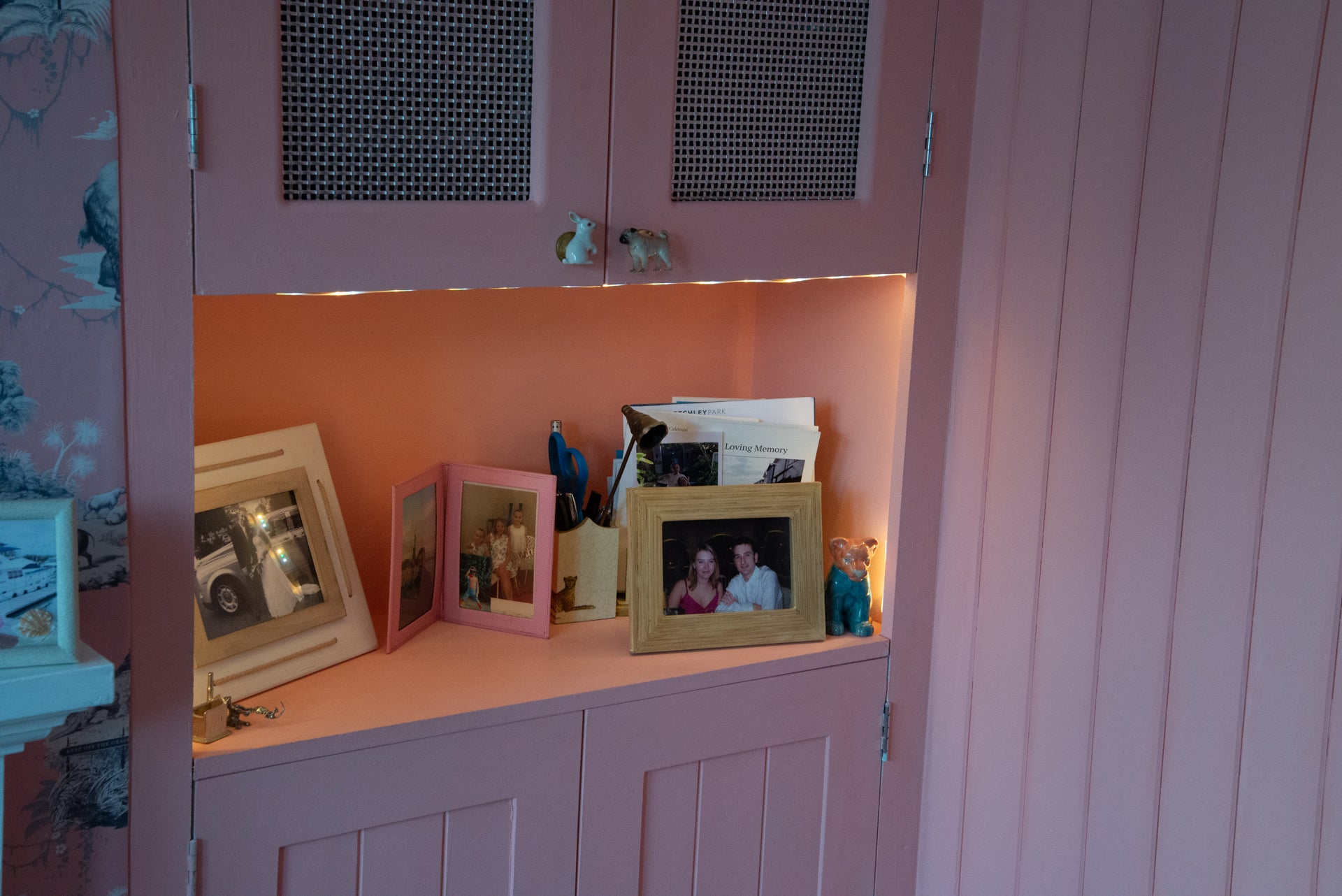 You can pick from 16-million colours on the Nanoleaf Essentials. Colour quality through the range is excellent, with decent reds, greens, yellows, blues and everything in-between. Given how cheap these bulbs are, that’s impressive. Side-by-side with Hue bulbs, the brightness of colours isn’t as great. While Hue is capable of bathing a room in colour, the Nanoleaf Essentials produces a dimmer light, giving accent colour. 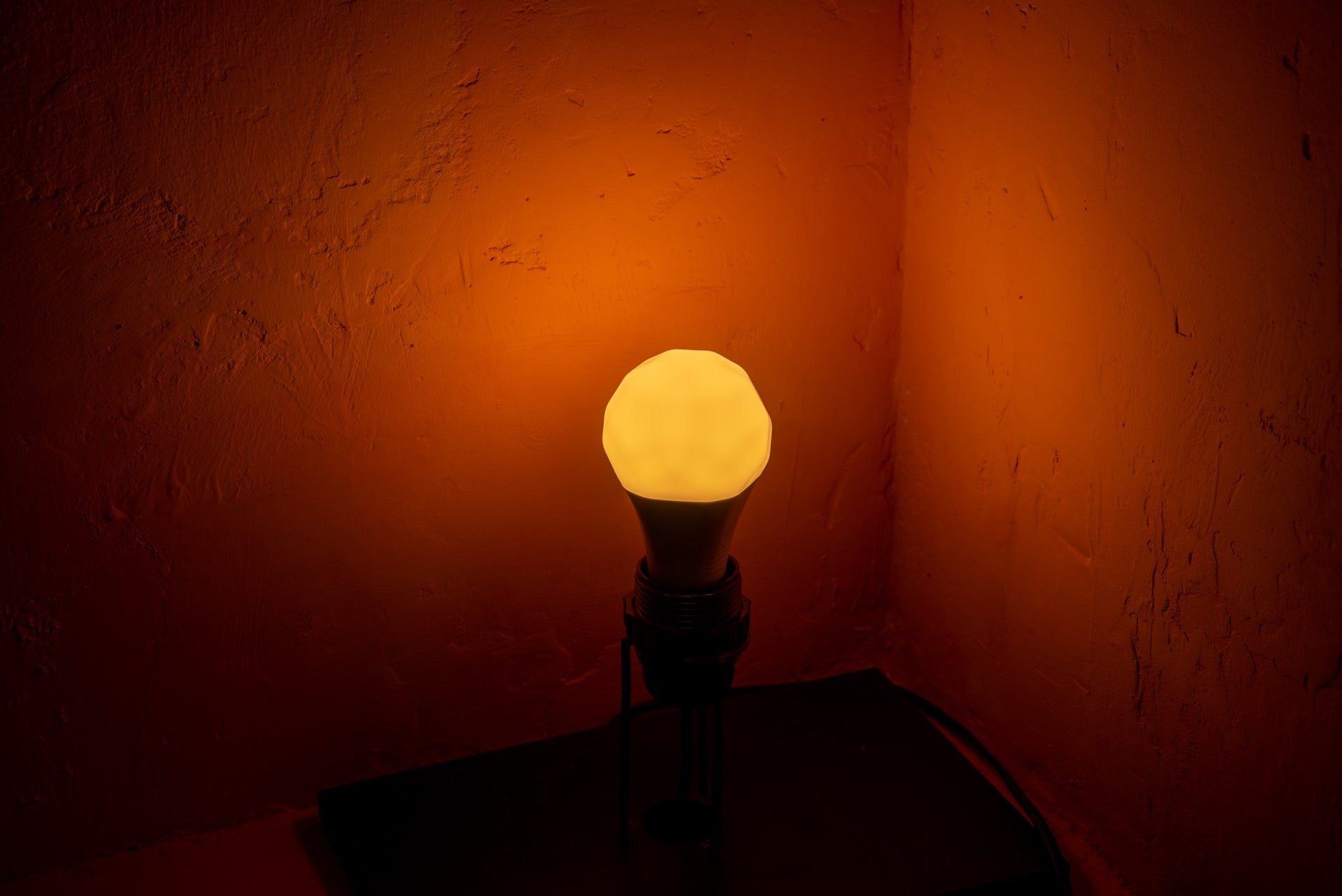 Some light colours produce a high-pitched buzzing sound on the Lightstrip, although how close you are to the light will determine whether or not you hear it.

Should you buy the Nanoleaf Essentials?

The main competition in this field is Philips Hue – and that system is better than the Nanoleaf Essentials overall. It works with Alexa, HomeKit and Google Assistant, offers physical controls, and a much wider range of bulbs. If you’re looking to replace your lights with a single system, then Hue can’t be beaten for range. However, the Philips bulbs are expensive.

The Nanoleaf Essentials range is less than half the price and doesn’t require a hub, although it’s better if you use Thread with a HomePod Mini. For adding a bit of interest to a room, it’s a great buy – but I don’t feel the system is quite ready as a full-on light replacement for every bulb yet.