What is the MSI GS70 2QE Stealth Pro Red Edition?

MSI has made big inroads into the gaming laptop market, but its prominent position also means its new models arrive with a hefty weight of expectation.

Its latest model, the GS70, boasts one of Nvidia’s latest mobile chipsets. The GeForce GTX 970M is the second-best GPU from the green team’s new range, and it’s a formidable opponent for almost all rivals. 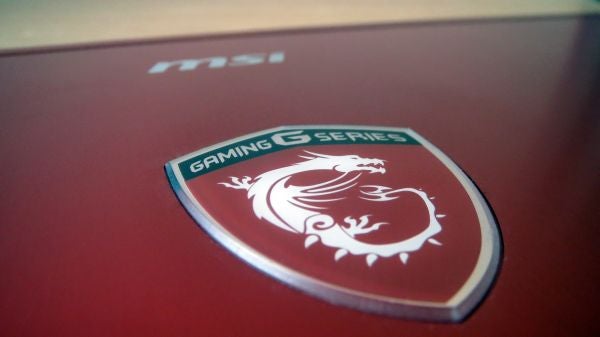 The high-end GPU isn’t the first thing to attract attention. That honour goes to the bright red metal used to form the GS70’s exterior – a colour that stands out against the matte black competition.

MSI leaves the brushed metal largely undisturbed – a recent gaming laptop trend we’re pleased to see. There are status lights, speaker grilles and a power button, but none of the silly vents, angled metal or ostentation that used to be the norm.

MSI hasn’t just produced a bold-looking machine with the GS70 – it’s thin and light, too. The main body is just 21mm thick, with a couple of millimetres added for rubber feet, and it weighs 2.66kg. It’s the thinnest and lightest 17in gaming notebook we’ve ever reviewed. The previous title-holder, Gigabyte’s Aorus X7 V2, was 24mm thick and weighed 3kg.

The 17-inch diagonal and thin chassis could lead to bad build quality, but MSI has done a decent job. The underside is sturdy, and trouble spots are minor: there was a tiny bit of movement when the pushed above the keyboard, and a tad either side of the trackpad. The screen is stronger, with no sign of desktop distortion when we pressured the rear.

The high-class, shining finish on this machine means we’d still use a sleeve when travelling, but we’re confident the GS70 can withstand the rigours of regular travel. The slim, smart design does have one drawback – interior access isn’t possible. We removed the twenty screws that secure the GS70’s base, but we weren’t able to pry the bottom off without risking damage. 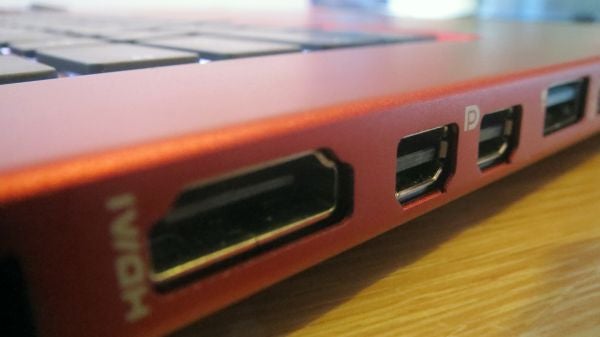 The GS70 doesn’t have a touchscreen, but it does have a 1920 x 1080 resolution and a matte finish. There isn’t any faffing with the larger resolutions we’ve seen on machines like P35X, and the matte layer means bright lights won’t prove an issue.

The GS70’s measured brightness level of 307 nits ensures it’s off to a good start – there’s more than enough punch to bring games to life – and it’s improved by the 0.29 nit black level and the 1,059:1 contrast. The latter figures help the GS70 deliver deeper blacks and punchier colours than any competitor.

Those colours may be vivid, but they’re not accurate. The average Delta E of 7.79 is the poorest of any machine we’ve mentioned here, and the colour temperature sits at 7670K. That’s better than some machines, but cooler than we’d like.

The latter results aren’t ideal, but the MSI’s screen is still good. Its contrast and black level give it more punch than any of its rivals, and its resolution is sensible rather than show-off. 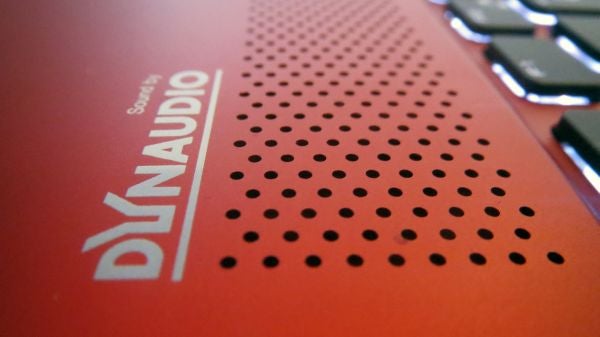 Dynaudio’s speakers pump out great volume, and quality is reasonable. The mid-range is meaty, and bass is punchy – at default settings our only complaint concerns the high-end, which is a tad tinny and loud. Hi-hats and other lighter sounds tend to dominate the range.

Sound Blaster’s Cinema 2 software is installed, and we improved the aural landscape by turning the bass up a little – it brought a tad more balance to the range.