The GTX 970M is a formidable graphics core. It’s based on the same chipset Nvidia uses in some of its more powerful desktop cards, and it deploys 1280 stream processors clocked to 924MHz. That’s impressive, but it’s still not enough to match the Gigabyte’s GTX 980M, which ran 1536 stream processors at 1038MHz.

The GS70’s GPU has 3GB of GDDR5 RAM. That’s reasonable for a laptop graphics core, but it’s less than half of the 8GB used by Gigabyte’s machine. 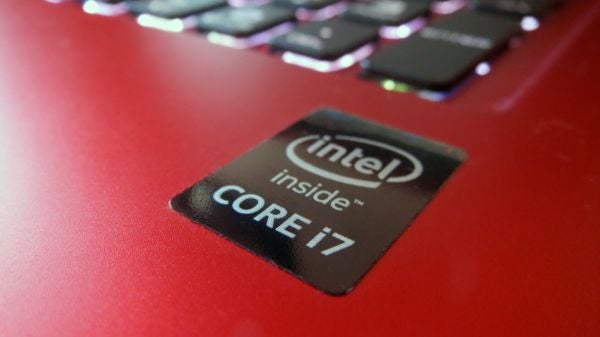 The GTX 970M still delivered stonking benchmark results. We ran Bioshock Infinite at 1080p and its toughest settings, and the GS70 averaged 71fps: better than the 53fps and 62fps scored by the MSI GS70 and Gigabyte’s Aorus machine, and thirteen frames behind the Gigabyte P35X and its GTX 980M.

That pattern repeated in other games tests. In Battlefield 4 and Crysis 3 the GS70 averaged 49fps and 44fps – better than the GS60 and Aorus, but behind the P35X.

The graphics hierarchy was further demonstrated in theoretical tests. The GS70’s 3D Mark Fire Strike score of 5497 beat the GS60 and the Aorus, both of which scored around 4500, but it wasn’t anywhere close to the Gigabyte P35X – that romped to a result of 8260.

Little surprised about the Core i7-4710HQ processor – it’s the same 2.5GHz chip used in the Gigabyte laptop, and it’s only 100MHz faster than the chips in the GS70’s other rivals.

The GS70 has potent storage. The boot drive is a 475GB RAID 0 volume built from two 256GB SSDs, and it delivered stonking sequential read and write times of 965MB/s and 841MB/s – faster than the P35X. That was backed up by an eight-second boot time – a lightning-fast startup.

A 1TB hard disk is installed, although you’ll probably want to use some space to back up the RAID array’s data, as RAID 0 provides no security. 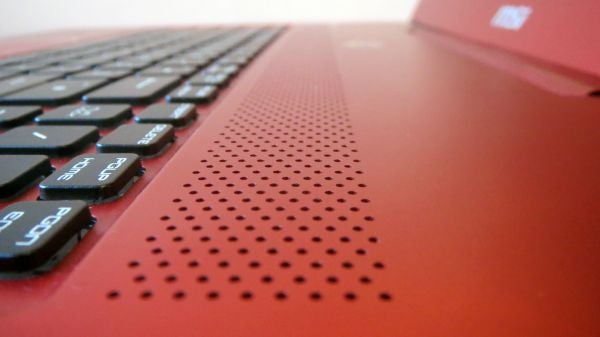 The GS70’s idle temperatures are fine – around 36 degrees C for the processor and 40 degrees C for the graphics card – but it was still possible to hear its quiet fans. That’s not great, but it’s a better bill of health than the Gigabyte, which spun its fans up at random even when idling.

The MSI ramped up during games benchmarks. The processor and graphics core reached temperatures of 62 degrees C and 80 degrees C, and the chassis became toasty – the area above the keyboard and the back of the underside especially. It wasn’t warm enough to put us off using the GS70 on our laps, and the fans weren’t too noisy; speakers or a headset will drown out their modest whir.

The decent thermal management allowed the graphics core to run at good speeds during games – the GTX 970M’s 924MHz core rose to around 1040MHz with GPU Boost. It’s a better bill of health than the P35X, which was louder during games.

The GS70’s worst performance came in stress tests, with the processor and graphics core both running at 100% load. The fans ramped up again, churning out a high-pitched, loud whine, and the processor and graphics card topped out at 96 degrees C and 85 degrees C. Much of the heat leaked to the outside; the area above the keyboard was too hot to touch, and we wouldn’t want the GS70 on our laps either – the base was too hot.

At those temperatures, neither part could run at its full speed: the processor wasn’t able to use Turbo Boost to get beyond 2.5GHz, and the graphics core throttled to around 700MHz.

These tests used the GS70’s Sport mode, but the Shift software can also the laptop’s performance. The middle option, Comfort, doesn’t allow the graphics core to get beyond 89 degrees C, and it limits the core’s speeds – with this mode activated the GPU’s turbo dropped to less than 1000MHz, and its mid-game temperature dropped to around 76 degrees C.

The modest Green option disables the processor and graphics Turbo modes and drops the graphics clock even lower, to around 70 degrees C.

These options will impact performance, but they kept the noise down – with Green mode used the fans were still audible, but they were softer. 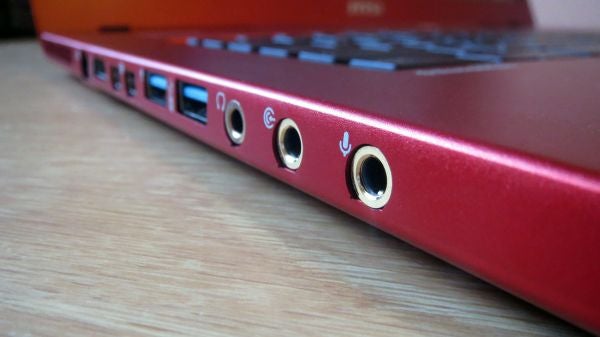 The GS70’s sealed battery lasted for 3 hours and 27 minutes in our standard battery test, which sets the screen to 40 per cent brightness and runs a web browsing and video call benchmark. That result doesn’t stand out: it’s ahead of every rival, but only by about half an hour.

The longevity deteriorated when playing games. With a looping benchmark activated, High Performance mode enabled and the screen running at 100 per cent brightness, the GS70 lasted just 41 minutes – poor even for a high-end gaming notebook. It’s not possible to use Shift mode to tone the GPU down, either, as that requires mains power to work.