What are the Monster iSport Victory?

The Monster iSport Victory are sweat-resistant, sports-friendly wireless in-ear headphones, in a similar vein to the Monster iSport SuperSlim. These headphones are characterised by eight-hour battery life and having two sound profiles, one of which is designed to get your heart racing with elevated bass and volume.

While sound quality is respectable, the distracting weight of the inline remote control is difficult to ignore. If you’re looking for running headphones to help you ‘zone out’ then this might prove a deal-breaker.

The Monster iSport Victory are available in black, blue or green. The connecting neckband-style cable has a snake-like coating of reflective material, designed to help make you more visible if running at night – a nice touch.

The cable is surprisingly thin and doesn’t weigh very much as a result, making it less noticeable. It’s also pretty flexible, managing to deal well with the rigours of having the headphones thrown casually in my gym bag without any extra protection. A small travel pouch is included, but I didn’t find a need for it.

There’s a generous length of cable connecting the two earbuds, but a cable tidy helps to tighten it against the back of your head. This creates a bit of an unsightly ‘ponytail’ with the excess cable, which you might find gets in the way depending on the form of exercise you’re doing. For example, when barbell squatting and bench pressing the cable was occasionally annoying, but for running it was fine. 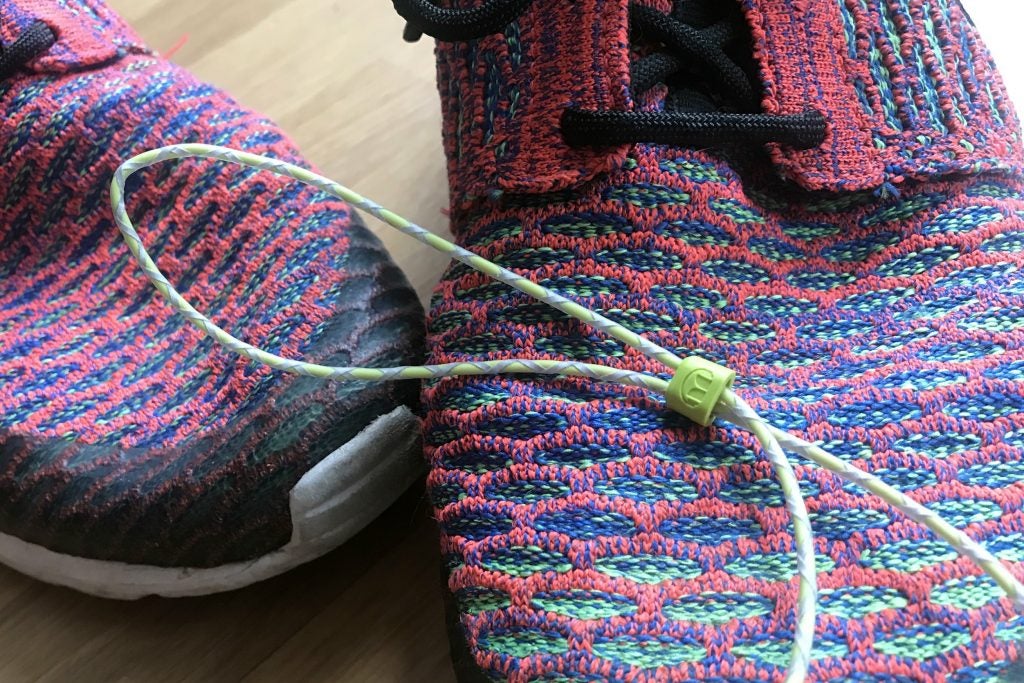 The in-line remote control and microphone are positioned towards the right earbud – and, unfortunately, it’s hard to ignore the extra weight on that side when you’re exercising. Even with the headphones tightened I could feel the remote pulling on the right earbud; it’s quite large and heavy. It’s for this reason that I actually preferred to wear the headphones with the connecting band round the front of my neck, as you don’t feel the weight emphasis to one side as much.

The remote control provides all of the media controls you’d expect, including volume adjustment and skipping tracks. Since the buttons are well separated, I didn’t experience any issues locating the one I was after – even mid-run. 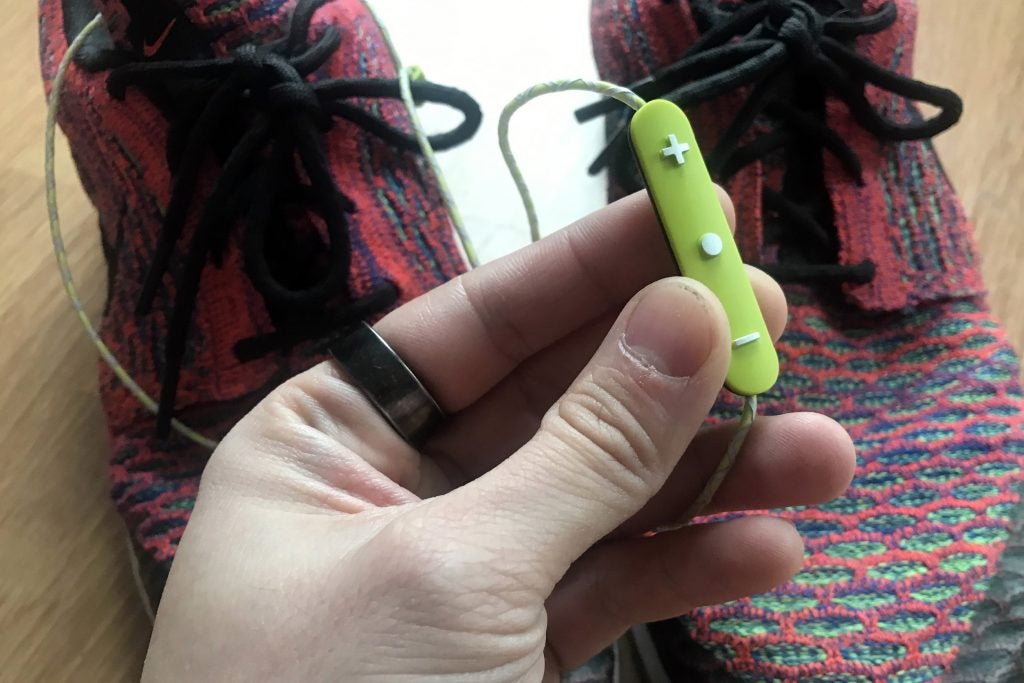 Thankfully, even with the slightly distracting weight of the remote, the headphones didn’t budge from my ears throughout testing. This is thanks to the wingtips that lodge securely into your outer ear to help anchor them in place.

These are made from supple silicone and I found them super-comfortable, even when worn for prolonged periods. You get a choice of three wingtip and five silicone tip sizes in the box, which means you should easily be able to find your perfect fit.

Although the iSport Victory don’t sit quite as flush against your ears as the iSport SuperSlim, they don’t protrude enough to make them feel like they’ll fall out at any moment. Even after building up a sweat, the headphones continued to feel secure in my ears.

As mentioned, the Monster iSport Victory offer two sound profiles and you can easily toggle between them by holding both volume buttons together for three seconds.

Unfortunately, I found that the two profiles sat at opposite ends of the spectrum with no middle-ground. The standard profile sounds a little thin and lifeless, whereas the Turbo mode cranks up the bass (and treble) too high for my taste, even if it’s meant to pump you up for your workout. 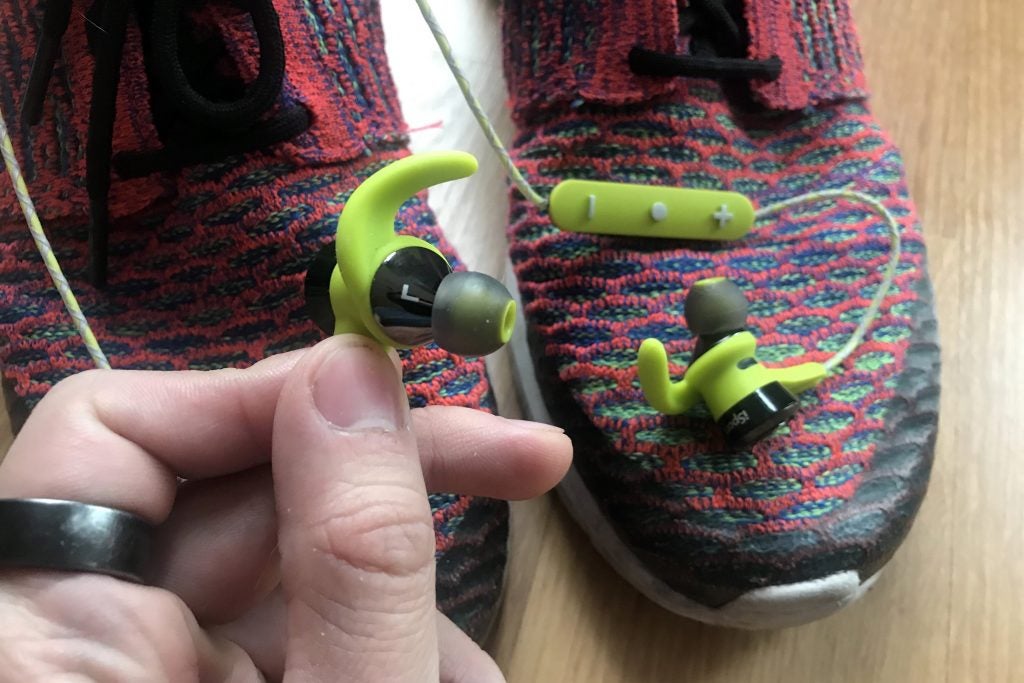 The Turbo DSP does also give an extra volume boost, which might be useful in loud gym environments. Having said that, the silicone tips do a good job of passive isolation, which is either a blessing or a curse. It makes the bass feel more impacting and blocks out outside noise, but it does mean less situational awareness, which is important if you’re running outdoors.

The iSport Victory packs a microphone in the inline remote, and even when the cable was tightened behind my head (which pulls the remote slightly behind you), it picked up my voice well.

Bluetooth range was respectable, managing to maintain a stable connection with my phone around 15 metres away on the opposite side of the gym floor. With the phone in my pocket during a run, I never experienced any dropouts or digital glitches. 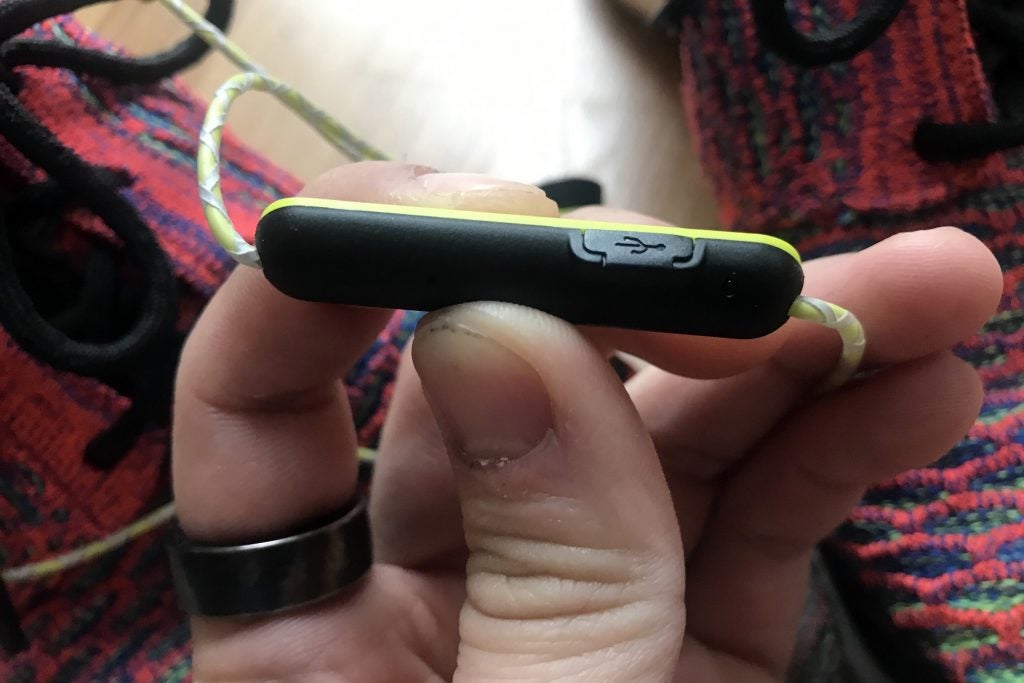 Monster rates the battery life at 8 hours, but this felt a little optimistic. Listening at a standard volume I found the headphones achieved closer to 7 hours, which is still respectable. The headphones charge over micro-USB, with the port hidden away in the inline remote.

Why buy the Monster iSport Victory? 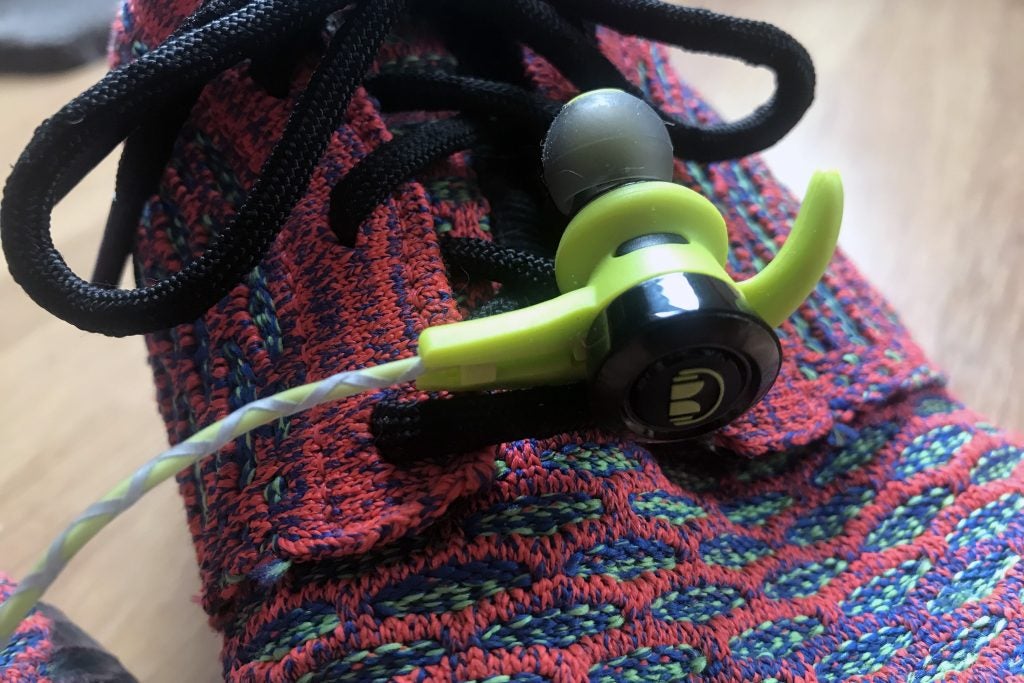 If you want headphones that will become a seamless part of your workout then you might find the tug of the remote control’s weight too distracting. The iSport Victory’s sound quality is reasonable for the money, but I wish there was more of a middle-ground between the two sound profiles.

While the fit is secure, there are better alternatives out there, such as Monster’s own iSport SuperSlim, which are a great value nowadays.

These exercise-friendly headphones won’t fall out of your ears, but it’s hard to ignore the tug of the remote control and slightly lacklustre sound.