Microsoft may have added welcome spit and polish to the Modern UI, but it is also hoping to bolster the so far lukewarm support for the Windows Store apps that dominate it. 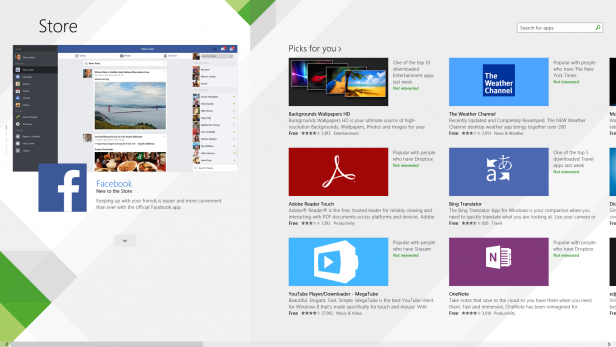 The first step is an overhaul of the Windows Store itself. Crucial new functionality is the automatic background updating of apps and the increase in maximum app sizes to a hefty 8GB, which should encourage much richer and more ambitious apps than the flimsy fodder which makes up most of the catalogue.

The Windows Store also gets a much needed redesign taking tips from the Windows Phone store and the categorisation of the Google Play and Apple App Stores. There are now featured, recommended, new and trending sections while the top paid and free charts are given less prominence. Search is also much improved with dynamic search results and category, price and relevance filters for results. The Store still doesn’t multitask well enough, though, having to reload if not accessed for a few minutes and the app selection remains conspicuously threadbare. Third-party solutions for the likes of Google Maps, BBC iPlayer and headline hitting YouTube illustrate how the Store lacks momentum. Hopefully the recent addition of official Facebook and Flipboard apps will change that.

On the plus side, Microsoft is still fighting the good fight with its own apps. All have been updated ahead of the Windows 8.1 launch with Mail the standout addition. Now you can drag and drop messages, select multiple messages via checkboxes and the layout is far more useful with a multi-pane view. Naturally Outlook users benefit most with sync support for flagged emails and content filters, but it is no longer an infuriating experience for Gmail and Yahoo! users – though perhaps not enough to tempt them from their native clients. 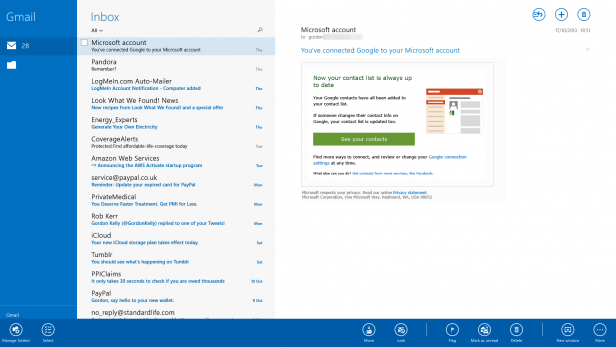 The new People app also ties in nicely with Mail and the Calendar app can highlight new entries and upcoming events. Meanwhile the Photos app gets basic editing functionality, such as rotating and cropping and a wider variety of settings including tighter SkyDrive integration. We still don’t feel these apps are going to replace your favourite desktop clients, but for Windows RT users they are heaven sent. 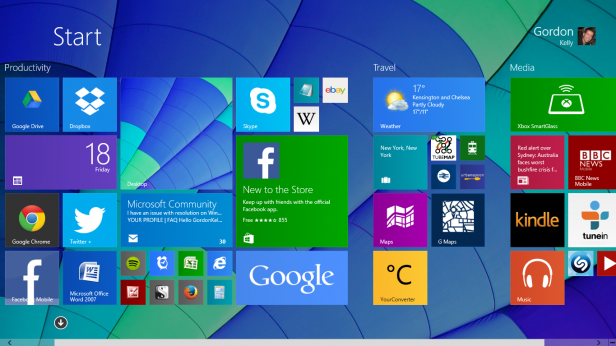 Existing users have no choice and given the benefits 8.1 brings there is no reason for them not to welcome it with open arms. For those using Windows Vista and XP the answer is similarly straightforward: Windows 8.1 brings huge improvements over both operating systems and you really shouldn’t be using either of these aging platforms anymore in any case.

For Windows 7 users, however, the answer is much harder. For a start the vast majority of Windows 7 users do not have touch enabled devices. This rules out some of Windows 8.1’s best features, but we’d say overall the case is increasingly compelling. After all, those not interested in the Modern UI can now load straight to the desktop, if not avoid it entirely, and Windows 8.1 is every bit as fast and responsive as Windows 7 on the same hardware with hardware support and security.

For those interested in the Modern UI and the slowly maturing Windows Store plus the growing number of Windows Phone 8 users we’d say now is the time to jump. It still isn’t a perfect OS and we doubt the feeling it is two separate OSes will ever be truly rectified, but it is a significant step in the right direction.

One caveat is price. Like Windows 8 before it, Windows 8.1 will retail for £99.99 with Windows 8 Pro coming in at £189.99, though students get a bargain with a £49.99 RRP. These remain a world away from the promotional offers Microsoft introduced when Windows 8 first launched, but then again Windows 8.1 is also now a much better operating system than it was for those who made the early jump.

Windows 8 is never going to be a perfect operating system. Its lofty ambitions introduced so many new elements that it was unlikely they would all be perfectly implemented and they weren’t. Windows 8.1 can’t fix this, but it does bring a wealth of obvious and subtle improvements to enhance the overall experience without sacrificing the platform’s lithe performance. When it launches in 2015 Windows 9 should consolidate everything Microsoft has learnt and expectations will be high. But until then we’re happy to recommend Windows 8.1 to Windows 8 owners and potential upgraders alike. A job well done.

Next, read our round-up of the best Windows 8 laptops and tablets