What is the Microsoft Lumia 535?

The Lumia 535 is Microsoft’s 5-inch follow-up to the disappointing Nokia Lumia 530. The small 4-inch screen makes way for a larger 5-inch display as Microsoft seeks to deliver what it thinks is the definitive budget smartphone.

The most sought-after change, though, is the removal of the awful fixed-focus camera. This was rubbish at taking pictures and has thankfully been replaced with a camera that packs both autofocus and an LED flash. The front camera has also had a boost and is now a selfie takers dream, since it packs a decent-sized 5-megapixel sensor.

On the surface the Lumia 535 appears to be a great budget phone and with a dual-SIM version available in some regions appears to strike all the right notes. Available SIM-free for under £70 there aren’t many 5-inch smartphones that will beat it on price either. It’s disappointing to see, then, that a handful of careless mistakes cost it dearly.

The vibrant replaceable covers are available in orange, black, grey, green, white and cyan and give the Lumia 535 a more premium look than its low price would suggest. The shiny orange version that we have is our least favourite, but the matte plastic options – black, grey, white and cyan – are especially pleasing on the eye.

The vibrant design does its best to distract from some of the Lumia 535’s niggling issues but it won’t fool you all the time. Parts of the removable cover don’t fit as precisely as they should do, which results in subtle but noticeable ‘creaks’ when picking the phone up. It’s a minor fit-and-finish issue that all of the extra money you will have saved will help you forget, but it’s still noticeable. 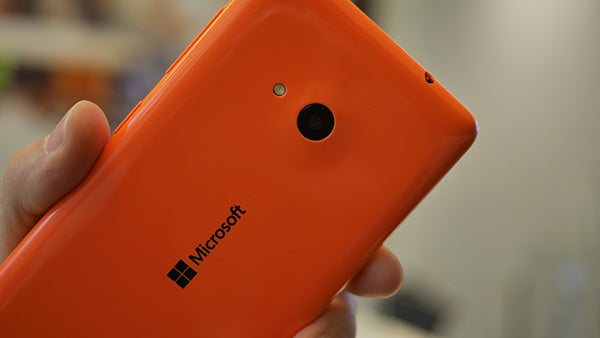 More difficult to ignore is how the case and battery sometimes become dislodged when dropped. We spilled the Lumia 535 onto a thin carpet five or six times, and the case and battery continuously came out. If the handset landed on its corner, it was more or less a certainty. The screen is made from Gorilla Glass so it’s sturdier and scratch-free, but that’s of little consolation. No matter what the price, this isn’t good enough of any mainstream smartphone.

On a brighter note, Microsoft doesn’t skip corners too much elsewhere. The 8GB of built-in storage should prove ample for lighter users. If that’s not enough then there’s a microSD card slot, too. You don’t get 4G at this price, but you do get Bluetooth 4.0 and – unlike some cheaper phones – it has an ambient light sensor as well. 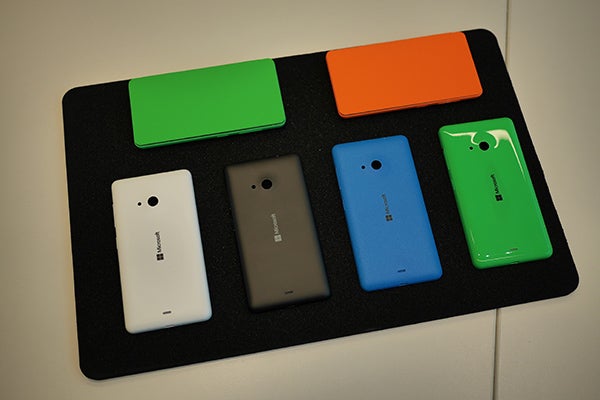 Most cheap phones have smaller, 4-inch or so screens, so the 5-inch Lumia 535 stands out in comparison. It’s one of the reasons it doesn’t look like a cheap phone – its size puts it in similar company to much more expensive rivals.

We couldn’t call the screen anything more than adequate, though, despite Microsoft’s use of IPS display tech. We found the viewing angle quite shallow, with a noticeable loss of detail when viewed slightly off-centre. IPS screens normally have excellent viewing angles, so it just goes to show that IPS isn’t an automatic guarantor of quality. 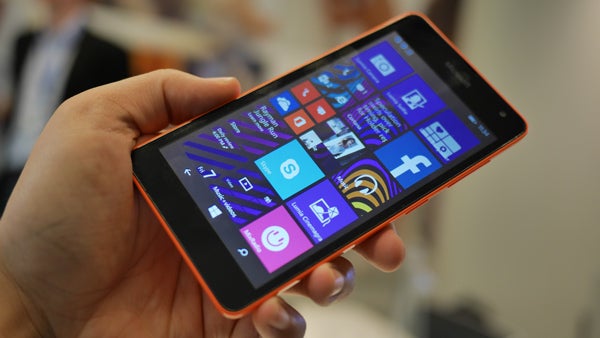 Colours are somewhat muted and whites have a slightly blue-ish hue at lower brightness levels, but we’ve seen much worse screens on phones at this price. Some might argue the 960 x 540 resolution (220ppi) is a tad low for a 5-inch phone – and they’d have a point if the Lumia 535 cost £150, but it doesn’t.

More importantly, outdoor visibility is very good – an area cheaper phones often struggle with. Our only criticism here is that the ambient sensor often sets the screen a little dimmer than we’d like, but this is easily overridden.

Surprisingly, however, our biggest frustration with the screen was its touch-sensitivity – a problem we don’t often have to complain about anymore. We occasionally suffered missed presses when typing, which is very irritating.