Windows Phone’s strengths and weaknesses are well documented these days. The basic tile interface is attractive, easy to navigate and puts lots of information at your fingerprints without making things cluttered. Dig a little deeper, however, and cracks begin to appear. It’s still inexplicable, for example, that the Settings menu is a long list of text with no discernable order. We’re not massive fans of the default calendar app, either.

The other ongoing issue is the Windows Store. The number and quality of apps still trails Apple’s App Store and Google Play by a noticeable margin, even with recent high-profile additions such as Instagram and Vine. Moreover, even when a popular app or service is on Windows Phone, the app is all too often inferior to other versions – the Netflix and Rdio apps are prime examples. The so-so app store isn’t a deal breaker necessarily, particularly if you’re more interested in the core features, but it’s a factor all the same. 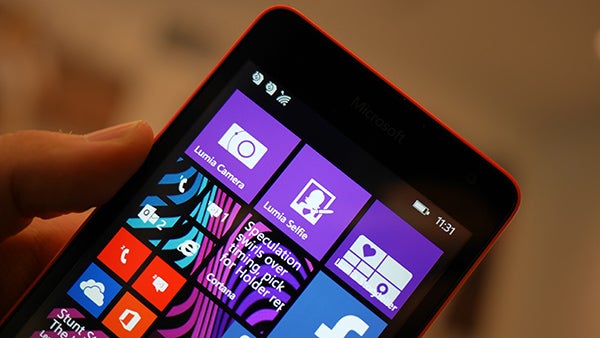 Where Windows Phone compensates is in the quality of most of the core apps. The News and Sport apps are high points, and we love the Lumia Cinemagraph app that creates GIF-like moving photos. Bing Maps is decent, too, though its public transport suggestions aren’t always the most appropriate.

Inside the Lumia 535 has a 1.2GHz Qualcomm 200 processor, which copes fine with everyday tasks. We did notice occasional jerky animations when entering and leaving apps, but nothing to get in a flap over. Performance in games is limited – 3D titles don’t look great or run that smoothly – but we kind of expect that at this price. You’ll have no problems with 2D titles and less demanding 3D games are OK, too. 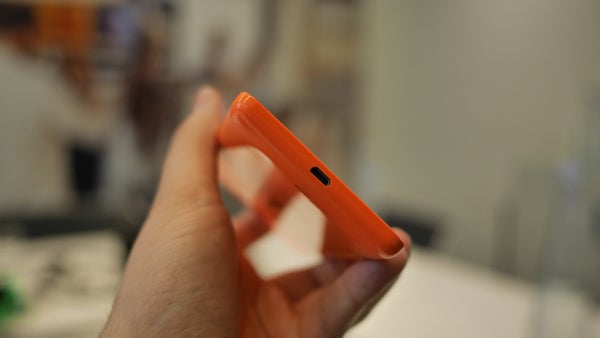 If left on its own, the Lumia 535’s ambient light sensor tends to select rather dim levels for the screen. It becomes clear why when you realise the Lumia 535 has a rather weedy 1905mAh battery, which is small for a 5-inch phone. The Honor 3C (£109) has a 2,300mAh one and it costs about the same and also has a 5-inch screen. The ‘battery saver’ mode, which kills background processes and reduces notifications, kicks in at 23 per cent by default – that seems rather early to us.

This weakness shows. An hour of streamed standard-definition video at medium brightness depleted 18 per cent of battery, which equates to around five and a half hours overall. We didn’t have a day where we didn’t hit the battery-saving mode before we got home. Most people will get a day from the Lumia 535 if used lightly, but any sustained Internet or maps use puts that in jeopardy. 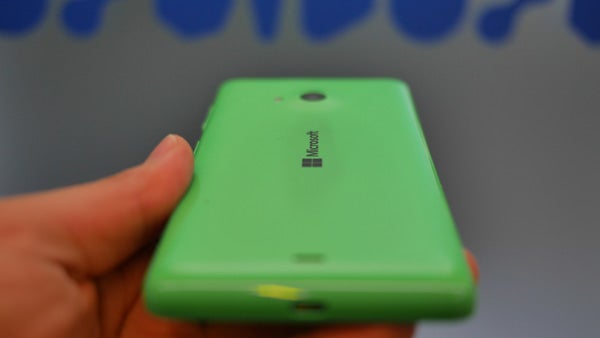 Call and sound quality are average in all respects. We had no problems making ourselves heard, and the earpiece is loud enough, though voices sound a little restricted. The rear speaker is sufficient for notifications, but not much else.

Unsurprisingly, the Lumia 535 doesn’t have 4G – the EE Kestrel is the only seriously cheap 4G phone worth a damn.

Microsoft also plans to sell a smart flip case for the Lumia 535, which is probably worth investing in, given our ‘drop test’ issues. 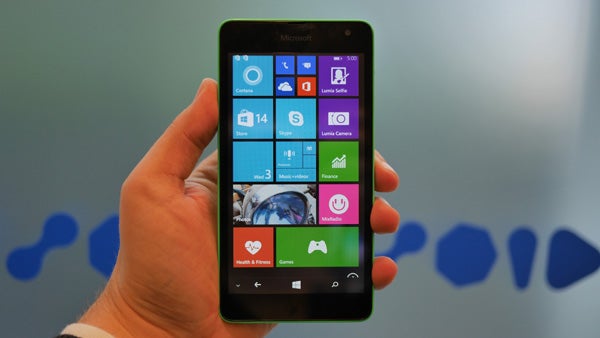 Should I buy the Microsoft Lumia 535?

It’s worth considering if you need a cheap, dual-SIM phone, but in its in single-SIM guise – as we’ll see it in the UK – it’s a hard sell. We like the cameras and the option of removable covers, but the fact that those covers (and the battery) can pop off when dropped is a serious design oversight.

There are plenty of good alternatives, too. Our number one pick is the Honor 3C, whose 5-inch screen is sharper and which has equally good cameras. The EE Kestrel is also worth considering if you want 4G at this price, despite its poor camera.

Overall, there are some good ideas in the Lumia 535, but the execution falls short in a few important places.

A good option if you need a cheap dual-SIM phone, but there are better alternatives for single-SIM users.