Being a fashion-first smartwatch, the user experience offered up by the Access line feels decidedly generic. There are a couple of standout caveats to that statement, but for the most part, the Grayson runs a near-stock version of Wear OS. It’s a user experience that Google has worked hard to refine, but smartwatch software in general still feels as if it’s in its infancy.

Fitness tracking out-the-box comes from Google’s own Fit app, with options for step tracking, walking, jogging, cycling, strength training and a host of other activities all on board. With no heart rate sensor or onboard GPS to speak of, however, the Grayson makes for only the most rudimentary of connected activity trackers. The standard fare of Wear OS apps also includes the Google Assistant, which can be summoned with a long-press of the crown. The Grayson’s microphone didn’t have any real issues understanding my requests, and the Assistant’s voice being output from the small speaker was perfectly loud and clear. However, the load time between pressing the crown and the microphone actually being able to ‘listen’ for your voice is long enough that you’ll be less inclined to use the feature.

The hardware buttons either side of the crown are customisable to quick-launch any app you like, but by default, the bottom button opens the Play Store, while the top button summons the Michael Kors Access app.

The Michael Kors Access app is divided into four main sections: My Next, My Social, My Looks and My Modes. My Next is a glorified countdown timer that sports a clean interface that also translates to a complication, which you can set on the various watch faces available. You can choose the type of event and the day on which it happens – but, essentially, it’s a less capable Michael Kors-branded alternative to Google’s own reminders.

My Social allows you to plug in your Facebook or Instagram account and pull in your pictures, which can then be turned into personalised watch faces. My Looks filters available watch faces by colour, but it feels almost redundant considering you already have the option to change and customise watch faces by simply swiping on your watch face at any time.

My Modes is arguably the most interesting inclusion, as it lets you choose two different watch faces that will automatically set themselves for daytime and nighttime. It’s a simple feature but a nice touch that I’d be happy to see as part of the base Wear OS experience.

As for the watch faces themselves, there are 33 unique options to choose from. Almost all feature some level of customisation, be it a colour change or the ability to swap out the complications to show data from one of your watch’s or phone’s installed apps. Many of the faces are styled to echo their analogue counterparts from Michael Kors’ more traditional timepieces.

With its relatively meagre set of features, I had high hopes for the longevity of the Access. In practice, I was charging the watch every two days. 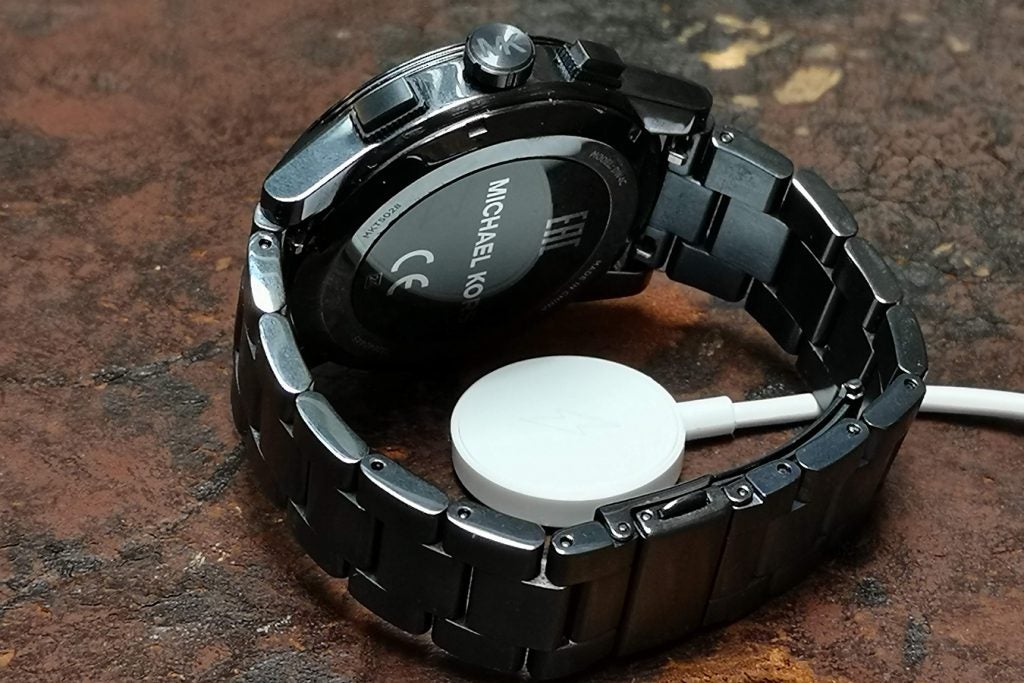 Enabling the always-on display does affect battery life, adding about 8% additional drain each day. However, it’s a sacrifice I’m happy to make for the added convenience of not having to wait for the screen to light up every time I go to check my wrist.

Where things fall down is with the charging experience. The Grayson’s decidedly middle-of-the-road 370mAh cell takes more than three hours to charge. In my tests, I initially thought I might have been using a particularly low-wattage USB port. However, after multiple recharges from multiple sources, the Grayson consistently refilled at a painfully slow rate of 30% an hour.

The reason for this is unclear, but I’ve used plenty of wearables with larger batteries that juice back up much faster.

During the course of this review, I was testing the Michael Kors Access Grayson under the pretence that, like so many other fashion-first smartwatches, you were paying a premium for the brand name. By the time it came to wrap things up, however, Michael Kors had decided to slash the price of the entire Grayson line (at least in the UK; the US price received a more modest $101 price cut). 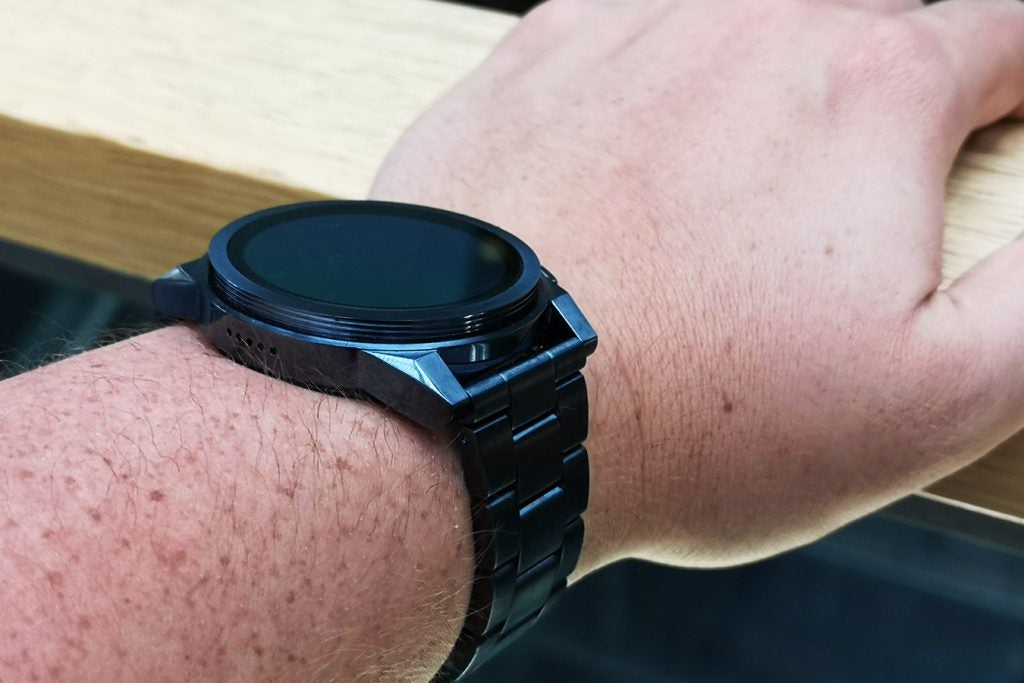 Its launch sibling, the Sofia, doesn’t yet enjoy the same discount, so this changes my view over whether the Grayson is worth your purchase. Available for as little as £104 – depending on the colourway you opt for – the Michael Kors Access Grayson has now become one of the most affordable, fashion-branded smartwatches on the market, whilst also retaining relatively current hardware.

If you want some basic smartwatch functionality, customisable watch faces, and are either a fan of the Michael Kors brand or after a tastefully stylish fashion-branded wearable, then that notable price cut has suddenly rendered the Access Grayson your best bet.

Not worth it at full price, but if it’s available at a considerable discount then the Michael Kors Access covers all the bases for basic smartwatch functionality in an attractive package.