Hands on with the new Meizu MX4 Ubuntu Edition

After failing to raise the funds to launch its own Ubuntu phone on Indiegogo, Canonical delivered its Linux-based Ubuntu OS via the BQ Aquarius E4.5 handset earlier this year. But it had a big problem – the app selection was rubbish.

The mid-range hardware didn’t help, either. That’s why it’s good to see Ubuntu now make its way into a more high-end smartphone courtesy of Chinese company Meizu. It’s still only at the working prototype stage, so some features weren’t functioning, such as the home button below the screen, but it appears to be a big step in the right direction. 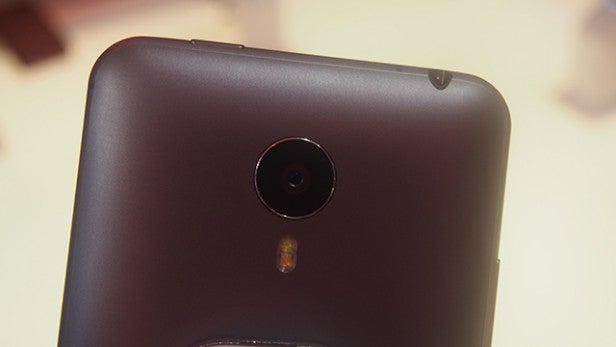 The MX4 is a 5.36-inch 4G LTE-friendly phone where the software isn’t the only thing worth talking about. For starters, the Gorilla Glass 3-covered screen, which pushes right up against the sides with very little bezel, has an impressive 1920 x 1152 resolution at a 418ppi pixel density, so it’s definitely playing with the big boys, even if it’s not a 2K QHD display. I ran the Interstellar trailer on YouTube a couple of times and was impressed with the sharpness and viewing angles, although the speaker performance lacked finesse.

That screen is housed in an matte aluminium body with an HTC One M8-like curved back, so it sits comfortably in your hand. It’s quite a wide phone to hold, though, and reaching across the screen’s a bit of a challenge. Unlike the Aquarius Ubuntu phone, however, this still has a tasty enough design to compete with high-end handsets. 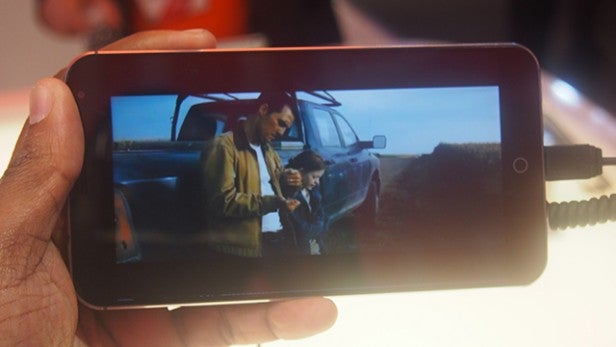 There’s plenty going on with the camera, as Meizu has used one of Sony’s 20.7-megapixel sensors alongside an LED flash and a dual-colour LED flash to aid close-up shots in low light. It can shoot 4K video and promises 100fps high-speed video, plus there’s a 2-megapixel front-facing camera ready to jump into selfie and videocalling action.

For power, there’s a MediaTek octa-core processor plus 2GB of RAM and a PowerVR G6200 GPU. Meizu is offering the MX4 in 16, 32 and 64GB versions, all of which pack a decent-sized 3100mAh battery. 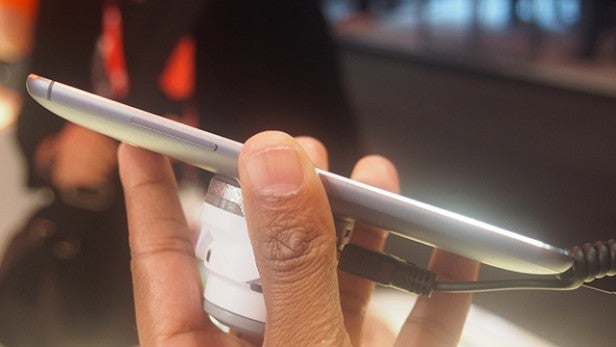 So what about the Ubuntu OS? The Linux-based operating system aims to offer an entirely different experience to Android, iOS and Windows Phone. You don’t have homescreens littered with apps, but rather things called “Scopes”. These are essentially swipable widget pages that display content. So you get Photo Scopes to group locally stored images, for example, or a Nearby Scope to show off location-specific content like nearby restaurants.

When you swipe inwards from the left, there’s a small app launcher, giving you quick access to features like messaging, the browser and the camera. Swiping down from the top of the screen gives you an Android-style notification tray, where you can find toggles to adjust settings such as location and Bluetooth. While some areas of the OS feel familiar, it takes some time getting accustomed to where some of the gestures lead you through the UI. 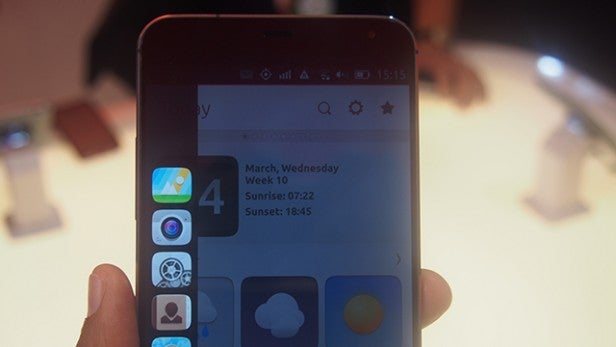 Apps might not be at the forefront of Canonical’s approach with Ubuntu on phones, but inevitably users are going to want them. The Ubuntu Store looks sleek and it’s easy to navigate and find content on, but I have a big problem with pricing. Cut the Rope for example, costs £2.49. It’s one of the first high-profile mobile games ported to Ubuntu, but that’s a little expensive for a game that’s been out for while on other platforms.

It’s good to see the Ubuntu operating system running on a more attractive, feature-packed phone, but there are still plenty of question marks over the software. I’m not convinced it’s at a place yet where it can really compete with existing mobile platforms, especially on the app front.

If Canonical can work out the kinks and convince developers that this is a platform with a future, then phones like Meizu MX4 could have real potential. Right now, there’s still plenty of work to be done.