Given we live in a world where people want to have an opinion hurled at them as quickly as possible, know this about Mario Tennis Aces: If you’re planning to play it with friends you should go and purchase it now. It’s one of the most entertaining multiplayer experiences you could hope for, it takes the idea of arcade-style tennis, embraces the madness, while also ensuring it’s accessible to a wider audience. Nintendo has done itself proud.

This may not be surprising, though. The company has proven time and time again that when it does get it right it really gets it right and Aces captures that same magic. Somehow blending the idea of over the top shots with a sense of skill and depth, you’ll contest epic rallies against an opponent before your racket explodes after you fail to deal with a special maneuver. Even if you don’t like the idea of exaggerated moves you can turn them off, but learning how they operate and then using them to your advantage is a huge reason Mario Tennis is so good. For example, who doesn’t want to slow down time before specifically picking off a rival? It’s beyond frustrating when you’re the one who suffers, but it’s the same reason Mario Kart works so well. The sheer elevation mixed with utter despair is what keeps you coming back for more.

What may divide individuals a little is the single-player campaign as it doesn’t follow the path many had hoped for. For years fans have been scrambling for a return of the RPG mechanics which proved to be so compelling in past entries, but they’re not present here at all. There is a basic levelling-up system designed to highlight that you are progressing, but ultimately the campaign is a collection of mini-challenges that help you get better at the game. That’s it. 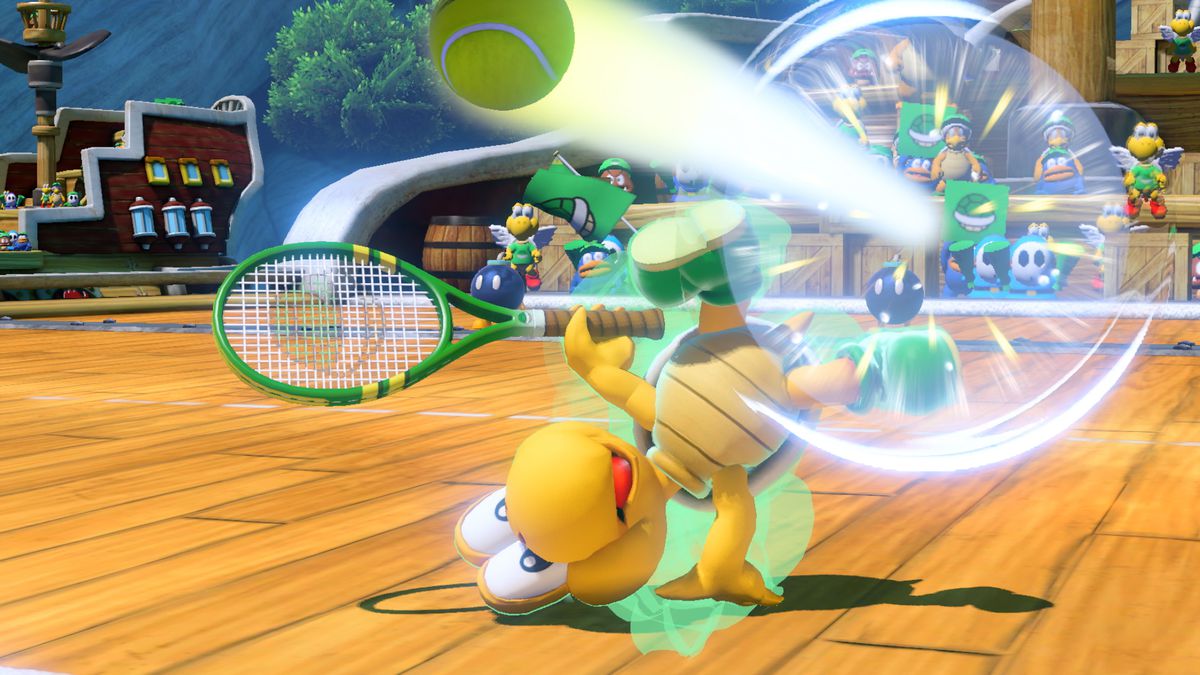 While the former would have been preferred what’s here is far from bad. In fact, it’s perfectly fine. Bizarre boss battles against Petey the Piranha are mixed in with tutorials and missions, and all of it comes together thanks to an overworld map. As you explore it you’ll be introduced to new courts and certain hazards that continue to ignore how real tennis operates, and it’s all so easy to play. The truth is all of this just fails to live up to the thrill of playing against another human being.

To its credit, Nintendo has decided to rip off The Avengers to add some more flavour. Mario’s racket is, essentially, the equivalent of Thanos’ Infinity Gauntlet, but it’s done so ingeniously it’ll at least raise a smile. If you need more, Luigi has also been kidnapped by said racket. I think. It’s so nuts it’s hard to believe anything you hear is real. This adds a loose narrative to proceedings, although you’ll hardly be looking for one in a game based on Mario and Tennis. Either way, it’s ludicriously entertaining.

This isn’t what’s going to take up most your time, though. Almost feeling like a fighting game such is its back and forth nature, Mario Tennis Aces exists to breathe life back into the genre and does so wonderfully. Not since the hallowed days of Virtua Tennis has a title about smashing balls brought so much joy, and when it all starts to click you’ll understand how layered it is. 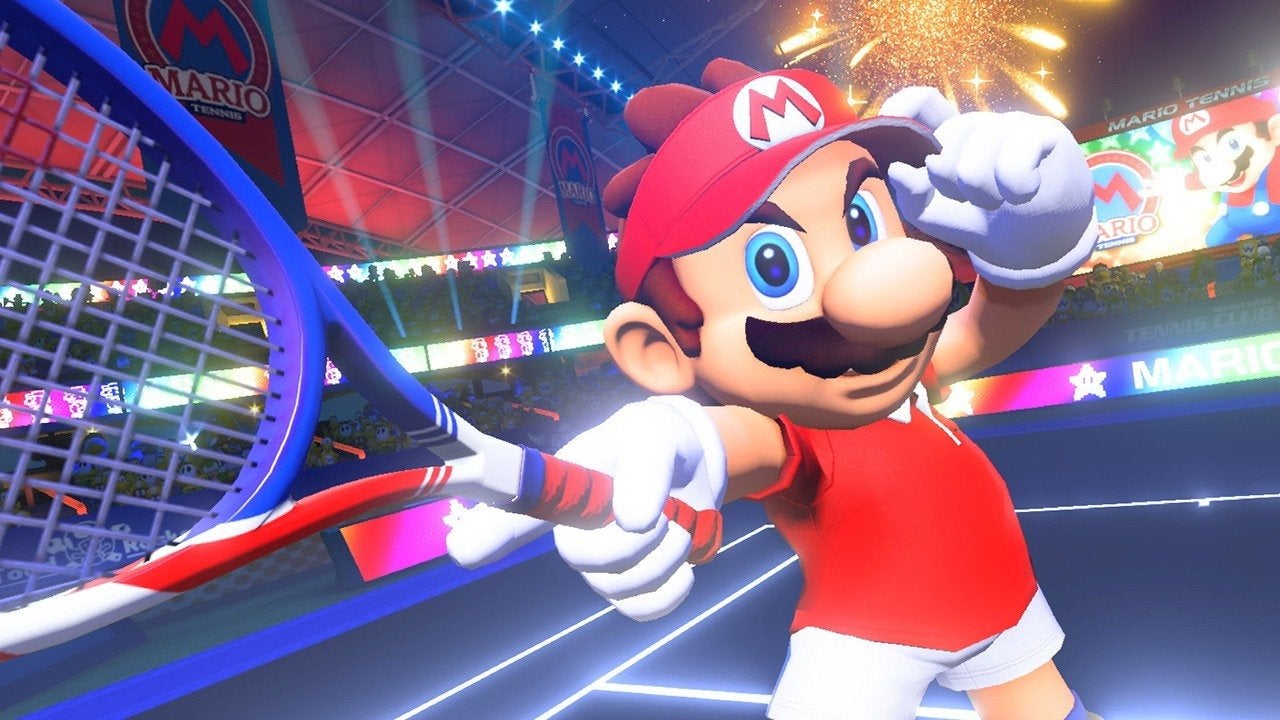 You can mash away on the buttons and still get something out of it, but learning the core mechanics is incredibly rewarding. If it finds the right community, I can easily see this sitting alongside the likes of Mario Kart and Super Smash Bros. – a game that just needs the odd tweak here and there given how solid the foundations are to remain consistently relevant. When it’s good, it’s great.

As ever if Nintendo’s unique take on sports isn’t for you this will do nothing to change that, but anyone else should think of this as a serious addition to their Switch’s library. Games are meant to be fun and that seems to be the major goal here. It’s a success and yet another situation where the veteran designers continue to prove their worth.

Mario Tennis Aces is awesome and a must-have if multiplayer experiences are your thing. It blends silliness with seriousness really quite brilliantly, and is a testament to Nintendo’s efforts within this space. No one else would ever even comes close.