It comes with a plethora of customisation options, including three scroll wheels, but will cost you a small fortune at just shy of £150. Is it worth it?

Before I dive into the specifics of the modules and the incredible capacity for customisation that the Pro X offers I wanted to, at this juncture, recommend it. Regardless of the staggering range of options on offer, the Pro X is the best mouse I have ever used. It fits my hands, it’s responsive, it has a great weight to it and is perfect for every single function that I would possibly need.

However, you really need to get into specifics of the Pro X to decide whether or not it’s worth the high price of entry for each gamer. 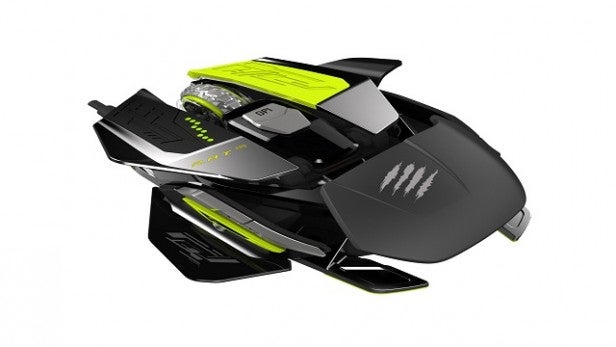 I should preface this review by saying the most expensive mouse I’ve ever used was about £30 and had an additional two buttons on the side. It was revolutionary, or so I thought.

So when the Mad Catz R.A.T Pro X arrived I was a little intimidated. For one, the box is enormous. The mouse sits proudly on the other side of the clear plastic while, behind it, something lurks. I smashed the box open (sorry Mad Catz) and tore through the cardboard like a child at Christmas, desperate to get at what was inside.

I got in and suddenly I had a handful of alternate parts for the Pro X. I quickly pulled apart the mouse with its quick yet reassuringly secure click and remove design, experimenting with every possible combination of modules to find the right fit.

I have big hands and, spending a lot of time on a PC both working and gaming, there are a number of crucial elements to my satisfaction such as the monitor, the chair, the keyboard and, crucially, the mouse. I can’t have my giant clown hands wrapped around a small mouse for the risk of cramp and the Pro X, regardless of the bits I chose, is the perfect fit. 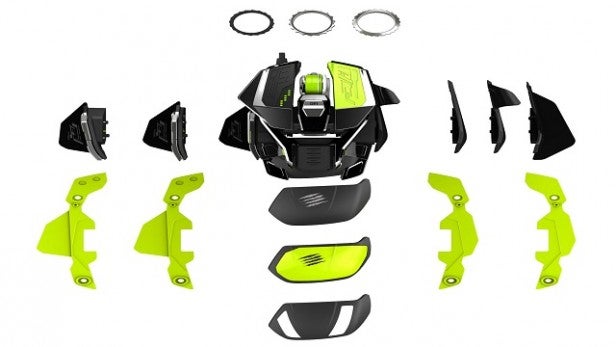 The mouse comes with two sets of feet (teflon for speed of movement and ceramic feet for control), three palm rests (plastic, matte and aerated), three finger rests (a neutral one, one with a rest for your ring finger and little finger, and one just to rest your little finger), two thumb rests of varying width and three kinds of scroll wheels (one rubber and two metal.)

The scroll wheel is an extremely impressive piece of technology. Aside from the standard scrolling and clicking options that I’m used to you can move it both left and right, adding an analogue option to your mouse as well. You can also dive into the mechanics of the scroll wheels and set the resistance to suit your preference.

The mouse comes with one sensor but you can buy and swap that part as well (choosing between the Philips PLN20137 laser sensor, Pixart ADNS 9800 laser sensor and the Pixart PMW 3310 optical sensor). In addition to changing and swapping all these parts you’re also free to adjust positions of the rests, loosen or tighten the scroll wheel, adjust your mouse sensitivity and more. There are so many options and until you’ve begun to use and experiment with each you can’t really get a feel for what will suit you. To the PRO X’s credit, however, many of the options feel extremely different. 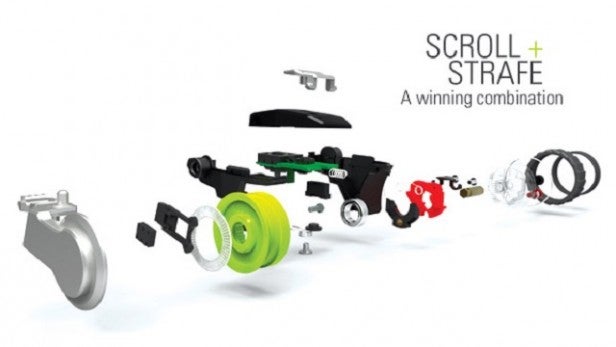 One of the features that isn’t quite shown off in that image above is that tiny silver button just below the scroll wheel. This button, when pressed, ups the DPI of the mouse. In laymen’s terms that means your mouse becomes more sensitive. This is a function that will have FPS players in particular licking their lips; allowing them to quickly up the sensitivity to pull off reaction shots, before dropping it back down for slower, more deliberate movements. It’s maybe not as useful in other genres (MOBAs, RTS or MMO) but I can’t imagine not having it for FPS games after having used it.

The cable is a decent length too, coming in at almost 2 metres long, giving even the most unconventional set ups plenty of leeway to stretch around, under or over anything you might have strewn on your desk.

Some people might argue that such a feature list is superfluous, but for those people for whom such features are necessary that list may well be what tips them over into a purchase. Having said that MMO players may well find the lack of buttons (which feels like an odd thing to say) frustrating given the volume they’re used to customising for their rotations. Also the two thumb buttons can’t be attached to the right hand side of the mouse, rendering them almost useless for left handed people. 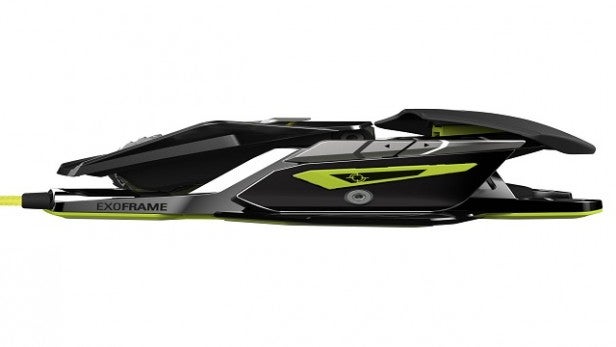 The software that comes with the device, too, is extremely impressive (if a little obtuse at times). It’s straightforward by nature; allowing you set commands to every button on the mouse bar right click, create profiles, change various settings and, perhaps best of all, link your created profiles to individual games. There are, though, a number of caveats to discuss here.

Assigning commands is a little ungainly as you have to drag and drop options from a menu, rather than clicking and choosing one.

As you create your profiles doing this you can take the mouse with you to other computers and switch between your created profiles using a small button on the bottom of the PRO X itself. It’s a little bit cumbersome to assign these specific profiles to games though; instead of linking one profile to one program, each time you create a new link you get the option of editing your 10 profiles again. It’s fine in theory, but, like much of the software, could do with being a little more user friendly.

Plus, when I first used the mouse I was too excited to use the software and just wanted to play. So, I loaded up Battlefield 4 to put it to the test. The default profile meant that right click (which allows you to scope your weapon) also had assigned itself another function; namely swapping between single shop and burst fire modes of the weapon (V on the keyboard).

It’s an extremely specific problem but users should be aware that they should explore the software before playing anything. Having said that, it seemed that this issue was exclusive to Battlefield 4. 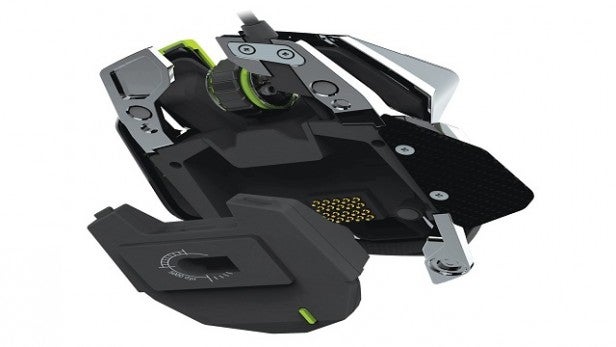 Should I buy the Mad Catz R.A.T Pro X?

For me? Well I’m still a little torn on the Pro X. The features are probably a little beyond what I and the average PC gamer would typically need, but the feel, weight and functionality it offers are second to none.

For many, and for me, the sticking point will be the price. Starting at about £140 the Pro X is costly, much more so than the smaller Pro S. In my review for the Pro S I asked two question to determine whether or not the purchase was worth it, and I’ll ask them here as well: Can you live without the extensive functionality of the Pro X? Do you baulk at the price of the Pro X?

If the answer to either is ‘Yes’ then the smaller and more affordable Pro S could be a good choice for you. There’s also the excellent wireless Razer Mamba to consider too, with its tight performance and slightly cheaper £134.99 price tag.

For anyone with a more modest budget, the £49.99 wired Logitech G303 is an excellent addition to your gaming set-up.

However, if the PRO X is within your budget or that feature list is too good to be without, then you’re getting a mouse that is top of the line in every department.

An expensive, high end mouse that succeeds in almost every department. Given the price, though, I might expect a few more options for left handed players and MMO gamers and a software package that is flawless, rather than just good. The customisation is what sets this mouse apart though, but normal PC users or more casual gamers should probably look for something a little cheaper.