The Logitech G303 follows on from last year’s G302 Daedalus Prime and sits as the company’s flagship wired mouse.

It uses a top-end sensor, sports a compact, lightweight body, and comes with Logitech’s impressive gaming software suite in tow.

At £49.99, it’s a little expensive for a wired mouse, but does its exceptional performance make it worth the price? 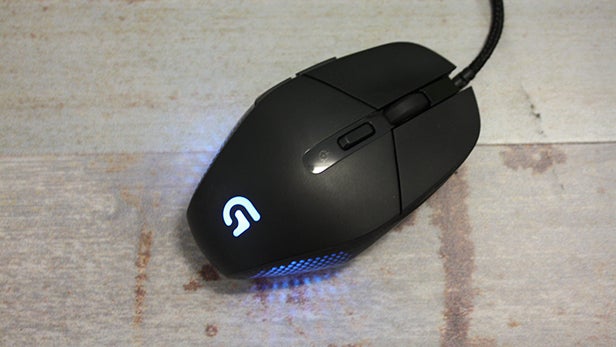 At a glance, the Logitech G303 doesn’t look comfortable. It’s long, thin, and has some awkward angles. Once it’s actually in your hand though, it feels natural and easy to use.

It’s also quite small, which might be a system shock to anyone used to beefier gaming mice. As a consequence of this diminutive size, the best way of holding it is with a half-palm, half-claw grip that feels surprisingly comfortable.

There are six buttons on the mouse in total, all of which are reprogrammable. There are left and right clickers, a scroll wheel, and a small button on the top of the mouse that lets you cycle upwards through tracking sensitivity. The two “spare” buttons are on the left side of the device, where your thumb rests. That means it’s most appropriate for right-handed users, but the otherwise symmetrical design will work for lefties too.

Logitech has taken a minimalist approach with the G303’s design. Most of the mouse is matte black, save for two LED colour-pads on the rear side panels. It looks like a conventional mouse, so you’ll get away with using this in the office without any funny looks.

The bottom side of the mouse has slightly raised glossy panels for improved gliding. We found the mouse moved with ease on both a desk and several different gaming mats. That easy-gliding is also helped by the small size and low weight of the G303. It weighs 87 grams sans cable, which is lighter than its closest rival, the Razer DeathAdder (105 grams). 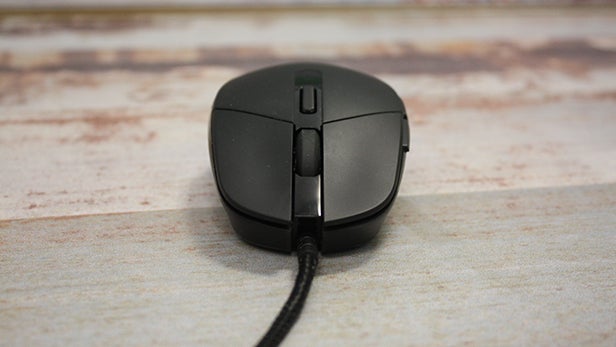 One of the standout features of the Logitech G303 is its impressive sensitivity scale. Users can set the mouse’s DPI to anywhere between 200 and 12,000.

That’s a huge range and covers all bases when it comes to gaming and play-style. Of course, playing at 12,000 DPI is ludicrous (anything north of 5,000 is tough to master) but it’s a good addition to an otherwise simple mouse.

For contrast, the Razer DeathAdder Chroma caps out at 10,000 DPI. A standard office mouse will run at somewhere below 1,600 DPI.

The polling rate – that’s how many times the mouse pings your computer per second – on the G303 goes all the way up to 1,000Hz. You really only need 500Hz, so it’s only worth sticking it at the top-end if your rig has a decent processor. That said, if you can handle 1,000Hz, you’ll see solid response from an already nippy mouse. 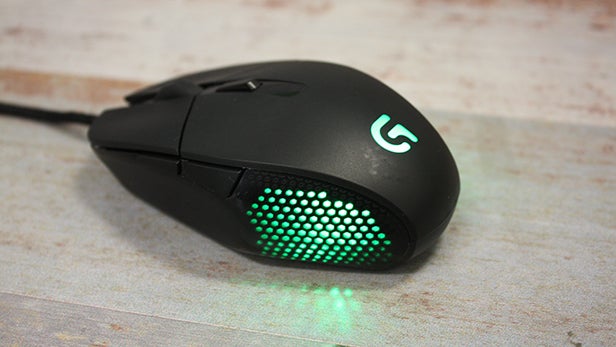 The gaming mouse market is pretty saturated right now, so manufacturers are having to win customers over with peripheral software. Logitech is no stranger to the trend and, as such, has one of the most fleshed out and impressive software suites in the industry.

You can download the Logitech G303 gaming software on the company’s website, or by clicking this link. Once it’s installed, you get access to a wide range of features that let you tinker with the digital side of the mouse.

For starters, you can store up to three different profiles on the G303’s on-board memory. You can modify these profiles with various lighting and DPI settings, polling rates, and button-bindings.

The software also lets you choose how many levels you want the G303’s DPI-switcher button to scroll through, as well as how sensitive you want each level to be. On top of that, there are also four different polling rate settings available – 125Hz, 250Hz, 500Hz, and 1,000Hz. 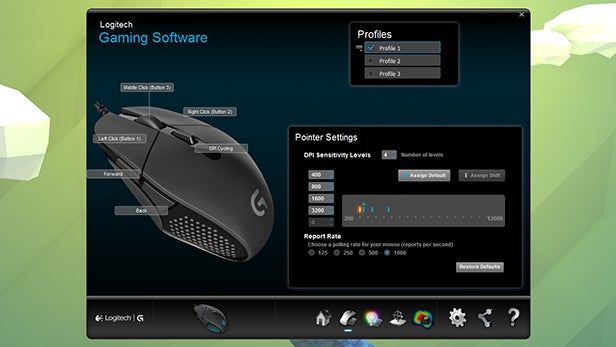 Similarly, you can deeply customise both the lighting for both of the LED side-panels and the Logitech logo. There are 16.8 million different hues to choose from, as well as lighting effects like colour cycling and “breathing”.

You can also choose the brightness of the light, the breathing rate, and set a lighting sleep timer.

Next up is surface tuning, which lets users optimise the G303’s tracking for a given surface. There are two mouse mats pre-installed – Logitech G240 Cloth and G440 Hard – but you can add your own too. We didn’t really find it made a huge difference, but it’s nice to have.

There’s also a key press heat map, which shows users which of the G303’s buttons they used the most during a game. Casual players might not find this useful, but it’s a good opportunity for more serious gamers to min-max their playstyle.

Other features include macros (useful for MMO players), game-specific profiling, and a pairing feature to use Logitech’s software on your smartphone. 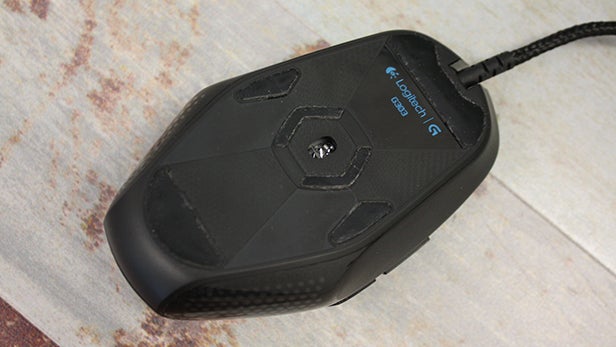 What’s most notable about the Logitech G303 is that it tracks really well. That’s thanks to the class-leading PMW3366 sensor it uses to detect motion.

This thing is seriously accurate. When you’re using the G303, it almost feels like it’s an extension of your hand.

So what sort of games does the Logitech G303 work well for? We found it worked well on shooters, largely thanks to the impressive tracking. When you’re trying to hit targets quickly with pinpoint accuracy, having a high-grade sensor underneath your mouse is a serious boon.

There’s also minimal faff on the G303, with just a few buttons and a lightweight body, making it perfect for twitch gameplay. The fact that you can upgrade your DPI to huge numbers is also handy in that regard. We’d argue the same is true for League of Legends, Dota 2, and any other MOBA title.

If you’re only playing RPG, MMORPG, or RTS titles, and to a serious degree, you might want to look elsewhere. While it’s certainly reliable, there aren’t really enough reprogrammable buttons to make the G303 worth your while. You’re better off springing for a Razer Naga or the Roccat Nyth. We tried the G303 with World of Warcraft and, while the reliable tracking was useful, it felt like we weren’t maximising our performance like we could with a more versatile mouse.

Generally though, the Logitech G303 will get stuck into any game, and will work brilliantly as a device for multi-genre players. The buttons are springy and responsive, it’s comfortable to hold with extended usage, and we found no evidence of cursor judder. 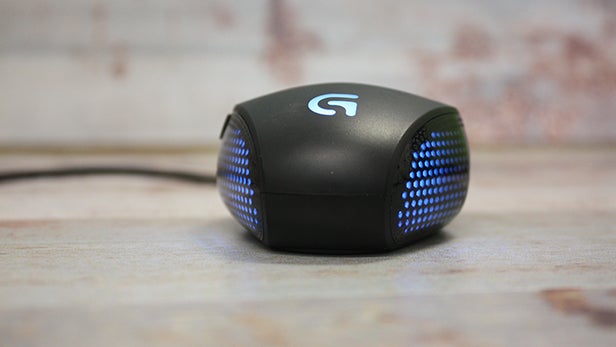 Should I buy the Logitech G303?

Unsurprisingly, Logitech wins out on reliability with the G303. It’s not the flashiest mouse and it certainly doesn’t pack the most features, but it’s well-crafted and easy to get to grips with.

At £50 it’s a little expensive, although it’s still cheaper than its £65 rival, the Razer DeathAdder Chroma. Basic wired gaming mice generally come cheap these days, with typical entries pricing under £40. However, Logitech always seems to offer high-performance devices, and the G303 is no exception.

What’s also important to remember is that the minimalist design means it’s easy to get along with when you’re not gaming. If you’re just browsing on your computer or working at the office, the G303 will suit you perfectly.

Don’t forget that you’re also getting Logitech’s impressive software suite bundled in with the G303, and that’s brimming with useful features.

With all that in mind, it’s easy to recommend the G303 to anyone who wants a reliable gaming mouse without the overkill of a 20-button tank.

We should point out that if you’d rather spring for a wireless mouse, the Logitech G602 is a formidable alternative. You can also pick up the slightly older wired G302 Daedalus Prime for £39.99 now.

The Logitech G303 might be pricy, but you get what you pay for – a well-built, high-performance mouse that won’t let you down.