Mad Catz has always done things a little differently. The Rat gaming mouse looked like nothing before it when first launched 5 years ago, but has proven its staying power with a new version, the Rat Pro X, announced at CES 2015.

PC and console gaming is all well and good, but those markets aren’t growing; they’re flatlining. Mobile gaming on the other hand is going from strength to strength and it’s more than just casual gaming that’s fuelling the growth. Games such as BioShock and FIFA look and play great on phones and tablets – that is, if you have the right controller. 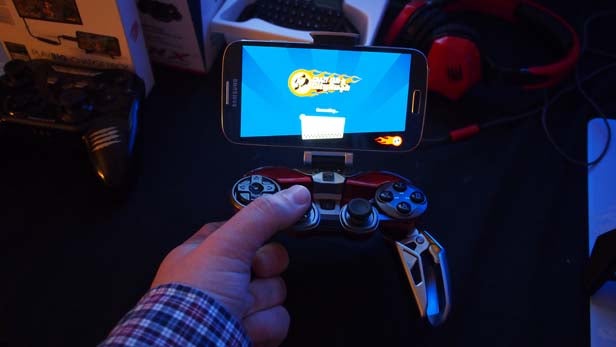 So it’s not quite such a surprise that Mad Catz has announced an incredible new mobile controller for those wanting the very best experience across mobile, tablet and even smart TVs. It’s called the Mad Catz L.Y.N.X. 9 and it’s part Swiss Army knife, part transformer, part Lego Technic and entirely bonkers. But bonkers in a good way.

“Mobile controllers have always been compromised. They’ve either been small enough to carry but flimsy, or they’ve been full-sized controllers – but those aren’t perfectly portable,” Alex Verrey, Global PR and Communications Director for Mad Catz, told TrustedReviews at CES 2015 in Las Vegas. 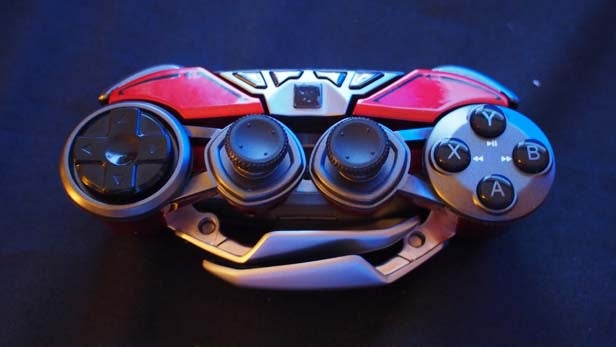 The Mad Catz L.Y.N.X. 9 attempts to combat this by folding into a smart little package. We’ve seen this sort of thing before on the likes of the Phonejoy gamepad, which is a nifty little mobile controller, but the L.Y.N.X. 9 is on another level entirely.

It consists of three core components – a ‘left wing’, a ‘right wing’ and the controller’s ‘brain’ – which can be rearranged to work with a phone or joined to the included tablet stand. This can accommodate tablets with screen sizes of up to 7 inches. 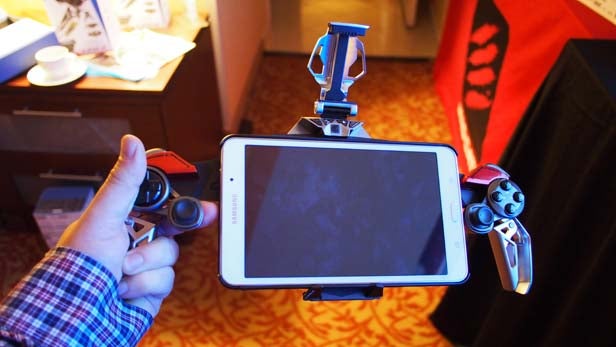 Connect the L.Y.N.X. 9 to a Smart TV or desktop PC and you get a controller that runs rings around remote controls. Aside from the keyboard the Mad Catz L.Y.N.X. 9 includes a mouse control sensor near the top of the controller, with left and right mouse buttons. It takes a little getting used to, but works well, floating the cursor around just like the pointer stick on a Lenovo ThinkPad does. Still not enough inputs for you? Well you could always just keep the right thumbstick pressed to activate the microphone. Yes, that’s right, the L.Y.N.X. 9 comes with a mic built into it, too. 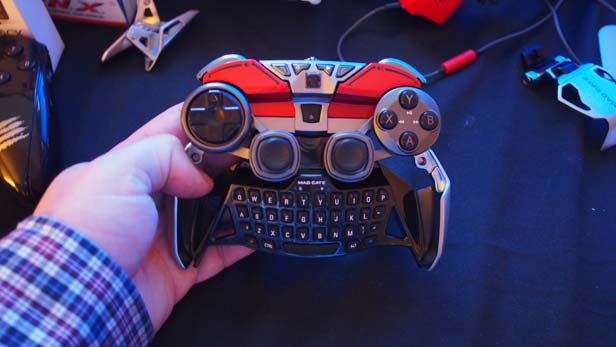 In terms of design the L.Y.N.X. 9 is a serious piece of kit. Predominantly made of metal, it both feels and looks the part. Slot the ‘fins’ into the hand-grips and it feels similar to the Sony DualShock 4 in terms of ergonomics. With 30 hours of stamina the Mad Catz L.Y.N.X. 9 puts the PS4 controller’s battery life to shame, though.

The analogue sticks are responsive and solid, the buttons and D-pad are spot-on and the keyboard is as good as an old-school BlackBerry. A quick bash of Dead Trigger and Beach Buggy Blitz on a Samsung phone provided a fun and precise experience. 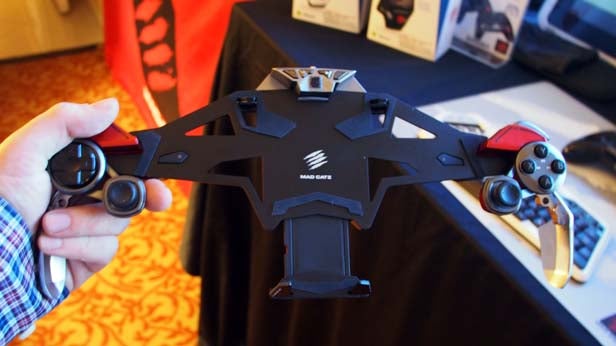 We only have one gripe with the design and that’s the triggers. These don’t offer anywhere near the travel of the PS4 or Xbox One controllers and don’t look quite as robust as the rest of the L.Y.N.X. 9. Saying that, the model we played with was a prototype, not the finished version, so I expect further improvements before release.

Something we can’t ignore is the plethora of parts that are begging to be misplaced. The Mad Catz L.Y.N.X. 9 doesn’t come with a carry case to keep all the bits you aren’t using, so you’ll run the risk of losing a fin or cable. 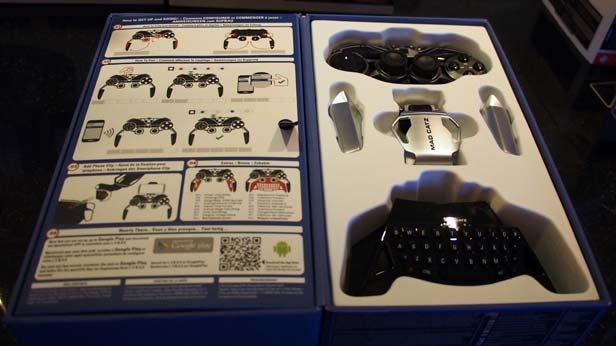 OK, let’s tackle that price tag. The L.Y.N.X. 9 is ludicrously expensive – more expensive than quite a few smartphones. It clearly isn’t for everyone; it’s a luxury toy, but it’s a brilliantly designed one that’s packed with features. The final version will even include a MHL adapter and HDMI cable so you can hook up your phone or tablet to your TV and game on the big screen.

Compatibility is currently limited to Android and Windows, so if you’ve got an iPhone 6 you won’t be able to enjoy the L.Y.N.X. 9. Mad Catz was reticent to explain why its controller isn’t currently iOS compatible.

The Mad Catz L.Y.N.X. 9 is exactly the sort of thing we love to see at a big tech show like CES. It’s innovative, forward-thinking and pushing the boundaries. I think mobile gaming isn’t quite ready for the L.Y.N.X. 9 yet, dominated as it is by touch-optimised games.

Phones and tablets are getting increasingly powerful, though, so we can expect more games that can take full advantage of the Mad Catz L.Y.N.X. 9.