The Bild 7.65’s picture quality blew me away when I saw it previewed at the IFA show last year, and for the most part it’s lost none of its potency now.

As usual with OLED screens, the Bild 7.65’s black-level response is the star of the show. Provided you never set the brightness higher than level 12, it delivers black levels that are borderline perfect.

Parts of the picture that should look black simply look black. They’re free of the general grey mist that affects dark scenes on LCD TVs, and free of the sort of backlight halos, blooms, clouds and bands that plague rival LCD technology with HDR content.

Dark parts of the Bild 7.65’s pictures also enjoy impressive levels of light subtlety and shadow detail, saving them from the slightly hollow, over-dominant look some previous OLED TVs have suffered with when watching HDR. 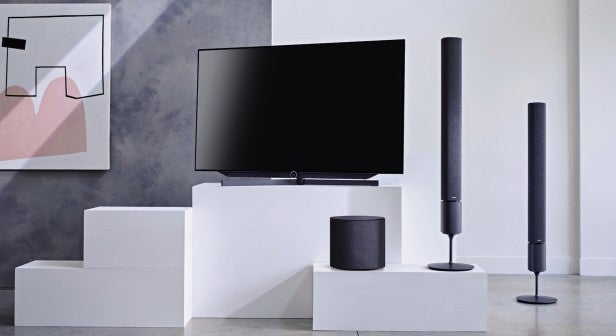 The Bild 7.65 is a touch more prone to sudden black tone ‘jumps’ when handling light levels at just above black than the Sony A1 and LG E7 OLED TVs. But it compensates for this by being slightly better at rendering subtle detailing in dark areas.

As with all current OLED screens, the Bild 7.65 doesn’t achieve anywhere near the same levels of peak brightness that the latest flagship LCD TVs can. Both the HDR Bright and HDR Dark picture presets deliver around 760 nits of brightness when showing a 10% (of the screen) white HDR window, whereas some of this year’s LCD TVs get to 1400 nits and more.

However, while the Bild 7 may not have the brightness to deliver the sort of ‘real-world’ colour volumes and brightness levels the best HDR-capable LCD TVs can, the way its OLED screen can place its brightest pixels right alongside its darkest ones without any compromise between the two can make HDR sources look almost luminously beautiful.

The Bild 7.65 delivers HDR peaks with slightly more punch than the awesome Sony A1 OLED TV, while suffering less with noise issues than LG’s marginally brighter 2017 LG OLEDs. In other words, Loewe’s engineers seem to have settled on an ideal balance between brightness and noise that works right out of the box.

This ensures that HDR pictures enjoy a strikingly natural, almost elegant luminance balance that never puts undue emphasis on bright or dark parts of the picture. It also means you don’t get the ‘silhouetting’ issue when dark objects are presented against dark backgrounds that previous OLED generations have exhibited.

The Bild 7.65 handles colours beautifully in most ways, too. Tones look beautifully rich and exquisitely balanced, and while there’s not as much vibrancy with bright tones as the best LCD TVs deliver, mid-bright and dark colour tones tend to look beautifully natural and rich due to the OLED’s superior light management. 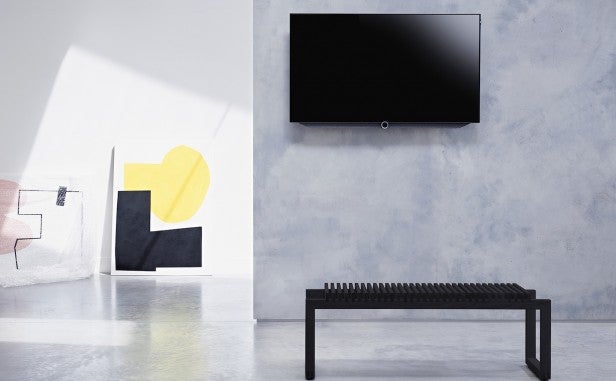 Loewe’s colour processing delivers more natural, nuanced skin tones during dark scenes than you get with LG’s latest OLED TVs. While there’s markedly more colour noise in backgrounds and areas of subtle colour blend (such as Mad Max: Fury Road’s strikingly ‘layered’ sky colours) than you get with the Sony A1 OLEDs, this sort of noise is less pronounced than it is with LG’s most satisfying Standard picture preset.

Loewe’s approach to mapping colour tones with HDR content can cause some colour striping in skies, thick swirling smoke (such as the bright alien habitat in Arrival) and underwater sequences. Fortunately this issue doesn’t crop up all that often, and is less aggressive in appearance than it is on Samsung’s QLED LCD models.

Sony’s A1 OLEDs don’t suffer with this banding at all, but the way the Loewe can reveal slightly more detail in both the darkest and brightest picture areas will, for some, make the banding a price worth paying.

With the couple of Dolby Vision clips I have available, the Bild 7.65’s HDR pictures predictably look even better than they do with HDR10. There’s a more natural and subtle look to colours, and the image looks even more perfectly balanced and cinematic.

When it comes to 4K detail, the Bild 7.65’s native 4K playback doesn’t look quite as gorgeously crisp as that of the best 4K TVs, even with the heavy-handed noise-reduction system turned off. This is especially true during action scenes, thanks to judder if you don’t use the set’s motion processing and some slight image softening if you do use it.

It’s a pretty good upscaler of HD sources too, adding effective amounts of detail without exaggerating noise or causing colours to become too monotone or ‘blocky’. It doesn’t, however, achieve quite the same detail and colour subtleties with upscaled HD that you get from the best Sony or Samsung 4K TVs. 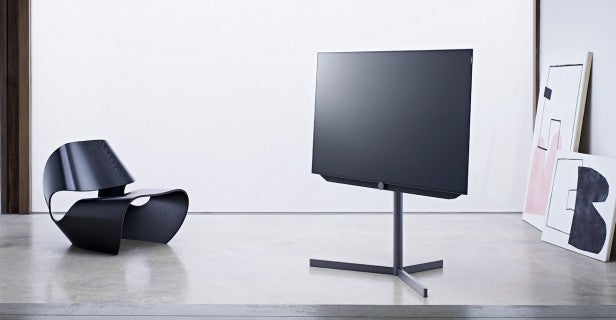 Gamers, meanwhile, will be moderately pleased to learn that if you put the Bild 7.65 into its Game mode and additionally turn off one or two residual video processing elements it returns a respectable input lag of 38ms.

With Sony, Philips, Samsung and LG completely dumping 3D from their TV ranges this year, it took a while for me to dig out my old 3D test movies again to play on the Bild 7.65. The effort was worth it, though, as Loewe’s screen quickly reminded me of just how effective the passive 3D system can be when applied to a 4K OLED screen. The image is clearly Full HD in resolution, there’s no flickering and only a bare minimum of 3D’s common ghosting problem.

A slightly juddery look to motion means the Bild 7.65’s 3D images aren’t quite as pristine as those of last year’s LG OLEDs. They’re more than good enough, though, to make this new Loewe model a potential must-have for 3D fans struggling to find any high-quality 3D TV action this year. Just remember what I said previously about 3D support on these TVs being limited to the 55-inch and 65-inch models, and only being available for a limited time.

As if the Bild 7.65’s pictures and premium design weren’t already tempting enough, Loewe seals the deal with a mostly excellent sound performance. The 2 x 60W of power from the integrated soundbar pumps out prodigious levels of volume, bass, soundstage width, and detail that bring movies to life like precious few other integrated sound systems I’ve heard.

Loewe expects you to use its integrated sound solution pretty aggressively, though. At low volumes the sound becomes constrained and indistinct, and male voices start to sound too bassy. Unless you’ve got nearby neighbours to worry about, however, why wouldn’t you want to take advantage of a TV that supports high volumes as brilliantly as the Bild 7.65?

There’s no hiding the fact that there won’t be many people willing or able to splurge £6490 on a television. Especially when LG (with the OLED65E7 and OLED65C7), Sony (with the 65A1) and Philips (with the 55POS901F/12) all offer excellent OLED models for substantially less.

Here’s the thing, though: as well as doing a gorgeous job of selling OLED’s black-level and contrast advantages, the Bild 7.65 delivers a stunning motorised design, rare support for 3D playback, and a mostly outstanding audio performance complete with unique extra speaker upgrade options.

The Loewe Bild 7.65 has sat high on my ‘most eagerly anticipated’ TV list ever since I first clapped eyes on it in the summer of 2016. Now that one has finally arrived on my test benches, I’m happy to say that aside from a currently rather limited smart system, the finished Bild 7.65 article is every bit as good as I’d hoped it would be.