LG’s flagship TV of 2016 is the 65-inch “Signature” OLED65G6. It combines a native 4K OLED panel with high dynamic range support, and its design is extraordinary.

The OLED65G6 looks incredible. It uses a “Picture on Glass” design, where an OLED “film” is mounted directly onto an thin-yet-robust glass plate. The result is a screen so thin that it’s hardly visible from the side.

The OLED65G6 builds all of its connections and main electronics into the base plate. Another clever trick of the stand plate is that it can double as the TV’s wall mount. Just swing it back behind the screen and it’s ready to hang on your wall.

You’ll find a sound bar attached to the front of the OLED65G6’s mounting plate, as it was in the OLED65E6. This cleverly features speakers in its top edge as well as its front edge. Whether or not you swing the base backwards for wall-mounting, you’ll get forward-firing sound.

There are a couple of design compromises with this otherwise nifty speaker bar/mounting plate. When wall-mounted, the mounting plate adds a good few centimetres to the overall depth. In table-top configuration, the speaker bar sticks out by some distance in front of the screen. But you could argue that an external sound bar sitting in front of the TV would look far less elegant. 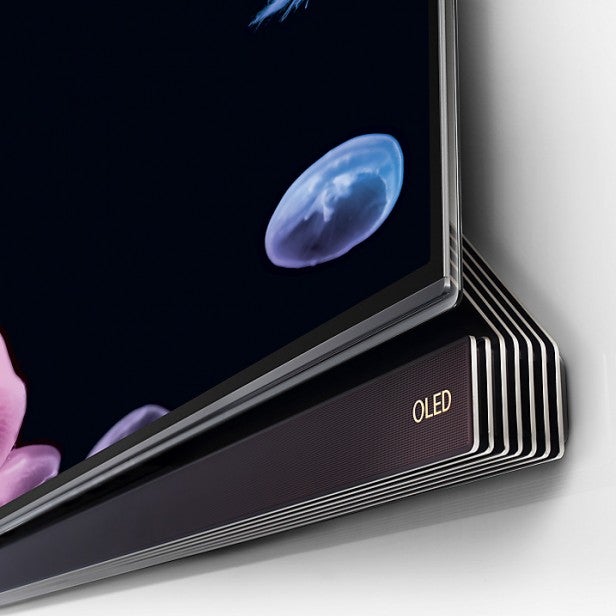 The sound bar is there to boost sound, not look pretty, and LG has designed it with respected audio brand Harman Kardon. It boasts an enormous 60W of audio power across a 4.2-channel speaker configuration. That’s 20W more than the soundbar built into the OLED65E6.

Connections are up to today’s flagship TV expectations: four HDMIs, three USBs, and integrated LAN/Wi-Fi network options. LG’s walled garden of apps and services are fairly numerous. They include many of the big-hitters, including 4K/HDR versions of Amazon and Netflix, plus catch-up apps for Demand 5 and the BBC.

Unlike all of the cheaper LG OLED ranges, the OLED65G6 inexplicably doesn’t feature Freeview Play (and the ITV Player and 4OD apps that come with it). At least it carries LG’s slick and intuitive webOS smart TV interface.

Any OLED TV’s main selling point is the ability for each pixel to deliver its own light, independent of even its nearest neighbours. This has a revelatory impact on contrast performance. Being able to deliver such light control is more important now that we’ve entered the era of ultra-bright, high dynamic range pictures. 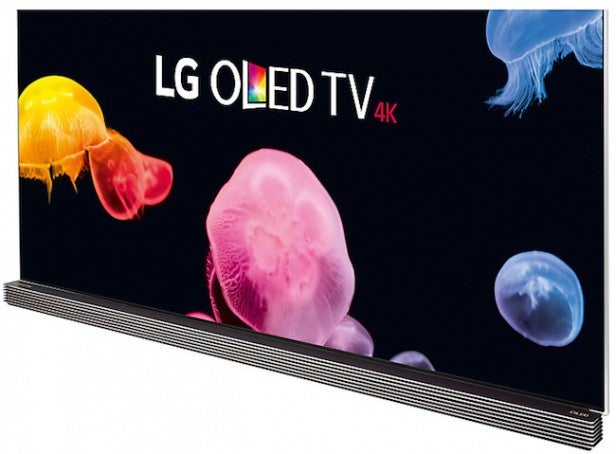 This year, LG has managed to combine OLED’s pixel-level light control with a boost in brightness that finds the OLED65G6 able to hit light peaks in the region of 700 nits. This exceeds by some margin the 540 nits required by the Ultra HD Premium series of recommended specifications for OLED screens, defined by the industry’s Ultra HD Alliance working group.

LG claims that this huge leap in brightness is accompanied by a significant reduction in the greying over of near-black image content and light-banding issues in HDR pictures with the company’s 2015 OLED TVs.

The OLED65G6 is also able to deliver a colour spectrum of around 96% of the cinema world’s DCI-P3 colour format. Again, this is comfortably beyond the Ultra HD Premium requirement for colours.

There is 3D playback using LG’s passive system, with two pairs of glasses included. There is also support for the Dolby Vision version of high dynamic range, as well as the more common HDR 10 standard. LG is the only brand in the UK offering support for Dolby’s system, which introduces active metadata, offering scene-by-scene image controls and a degree of optimisation based on the type and make of screen you’re viewing it on.

The main brightness setting needs to remain within a very narrow 49-52 band. You’ll need that to stop shadow detail becoming crushed out of the picture, or to stop the TV’s otherwise exemplary black levels suddenly reducing quite drastically.

I’d also recommend that you stick with the “Standard” setting for HDR. The two brighter options tend to reduce detail in bright areas, highlight noise and generally look less natural. 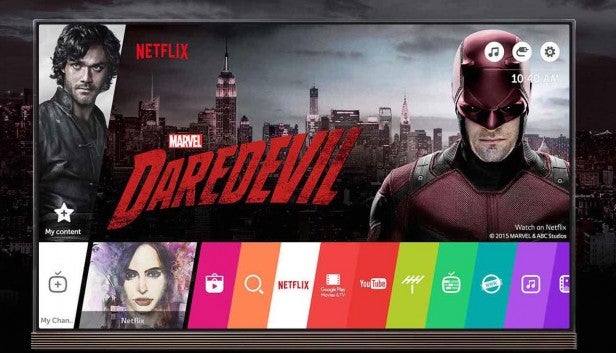 As for motion, use the TV’s TruMotion system in Custom mode and select between three and five for the anti-judder and blur. That delivers the best best balance of clarity and minimal unwanted processing side effects.

When watching SDR source material, I’d recommend steering clear of the HDR Effect mode since it tends to leave images feeling rather bleached. Finally, I suggest turning off all noise-reduction systems when watching native UHD content. It only reduces the sharpness of images.