The OLED55C6V is the first TV we’ve seen from LG’s 2016 OLED range. Costing £3,000, it’s a 55-inch model with a curved screen, and it arrives packing new support for Dolby Vision’s high dynamic range technology as well as – according to LG – a significantly improved picture performance compared with LG’s already classy 2015 OLED models.

Let’s get the divisive bit out of the way first: the OLED55C6V’s curved screen. The curve is fairly shallow as such things go, but it’s there and it can, as usual, lead to some distortions and onscreen reflections if you have a bright light source opposite the screen.

On the flipside, the OLED55C6V’s curvature adds a little extra glamour to what’s already a stunning design – not least because curving the left and right edges gently forwards makes it easier to appreciate the incredible thinness (barely 3mm) the OLED panel enjoys over around 50% of its rear.

This view also serves to highlight the gorgeous, glinting silver trim applied to the screen’s outer edges. Basically any LCD screen with aspirations of trying to out-design OLED might as well just pack up and go home.

Connections on the OLED55C6V are effective rather than exemplary, on account of including only three HDMIs when ideally there would be four. Two support Ultra HD and HDR streams, though, and you can playback your multimedia collections via either a trio of USB ports or via the TV’s Bluetooth and Wi-Fi connection options.

The integrated Wi-Fi can also access a decent set of online apps and video streaming options, including Now TV, Netflix and Amazon Video. In past years, LG has fallen a little short when it comes to offering the UK’s most important catch-up TV apps. However, the Korean brand has put that right for 2016 by introducing support for the Freeview Play catch-up platform via a firmware update rolling out to its latest smart TVs as we speak.

All of the OLED55C6V’s smart features and sources are predominantly accessed via the latest version of LG’s webOS platform, which has undergone a few changes. The scrolling “launcher” bar is now longer, so it can host pretty much every app you have. Plus, there’s now a new My Content section, into which you can bookmark favourite content to make it easier to return to.

The main point about webOS, however, is that LG appears well aware of the fact that it’s best not to mess too much with something that already works extremely well. 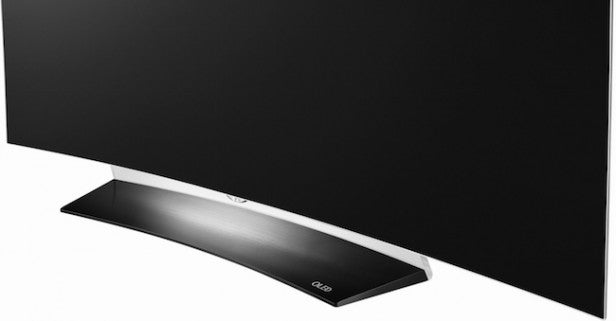 With regards to the OLED55C6V’s panel technology, the key point here is that every pixel in an OLED screen produces its own light level, independent of its neighbours. You don’t have to be Stephen Hawking to figure out that this means OLED TVs have the potential to deliver far superior contrast, much deeper black levels and far more accurately positioned, localised light than their LCD counterparts.

The sort of pixel-level light precision OLED can deliver has become even more important, it seems to me, now that HDR content has arrived on the scene. After all, as LCD TV after LCD TV is proving this year, nothing highlights the shortcomings of using external lighting systems shared over groups of pixels more than the extra light intensity and variation associated with HDR footage.

What’s more, LG claims to have introduced a raft of improvements for 2016 from its already exciting 2015 OLED TVs. Particularly intriguing is new support for the Dolby Vision take on HDR, which adds an extra layer of dynamic metadata for scene-by-scene optimisation. It also introduces a degree of optimisation based on the particular screen being used. LG is the first brand to adopt Dolby Vision in the UK.

The company has also greatly increased the brightness it can achieve in its 2016 OLED TVs – critical when it comes to delivering HDR – while simultaneously claiming to have reduced the issues with light “banding” and sudden black-level loss suffered by many of its 2015 models. 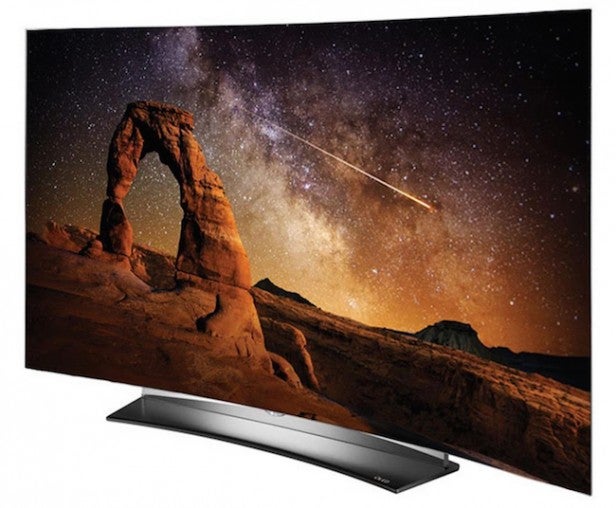 Other features of note are support for 3D, using the passive 3D system; sufficient picture setup tools to earn the endorsement of the Imaging Science Foundation (ISF) as a TV that one of its engineers could come and professionally calibrate; and, last but not least, Ultra HD Premium status.

If you’re unfamiliar with the latter term, it means the OLED55C6V delivers deep enough blacks, bright enough brights, sufficient resolution – with its Ultra HD panel – and enough of the DCI-P3 digital cinema colour spectrum to rank as a top-quality HDR performer, according to standards defined by the AV industry’s Ultra HD Alliance working group.

To get the best out of the OLED55C6V will involve some tweaking of its settings.

The single most important thing to bear in mind is that you really shouldn’t adjust the TV’s main brightness setting – as opposed to its “OLED Brightness” setting – any lower than 49 or any higher than 52. Slip below 49 and shadow detailing in dark areas starts to become crushed. Push higher than 52 and the trademark ultra-rich black levels of OLED suddenly start to plummet.

I’d also urge care with LG’s rather messy motion processing. I found I achieved the best balance between judder reduction and distracting processing side effects by choosing the TruMotion User mode and setting both the judder and blur compensation to level two or three.

Make sure noise reduction is turned off for all native 4K feeds and good-quality HD feeds, and avoid the “Vivid” picture option when watching HDR, since it leads to excessive “bleaching” of colours and white areas.

Personally, I’d also avoid the HDR Effect mode LG provides to try to convert standard dynamic range content into HDR, since it doesn’t represent colours convincingly – and the set does superbly with SDR content in its native form.