Along with battery life, Google’s operating system is one of the main stumbling blocks that makes Android Wear smartwatches like the G Watch R difficult to recommend. It still runs on phones running Android 4.3 Jelly Bean or above, hooking up the watch to a handset using Bluetooth, but it’s still very inconsistent and not as user-friendly as we’d like. 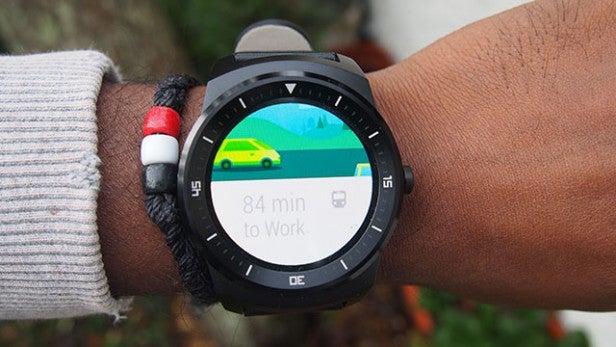 The user interface is the same as it is on the Motorola, Samsung Android Wear watches. The gestures you need can be counted on one hand, but the way in which you get around still feels clunky.

Google Voice Search and Google Now remain at the heart of its operation. The G Watch R’s microphone generally does a good job picking up commands, but at times that swirling loading icon can hang around for longer than we’d like.

Google’s intelligent assistant is where Android Wear’s greatest potential lies, though it doesn’t feel as polished as using it on an Android phone. Notifications can be relevant one day and then not so much the next. Email and text notifications are nice to have, although images
pulled through for things like Gmail often look clumsy.

It still hasn’t entirely worked out our commute, though it knows all about the football scores we want to keep an eye on. When you tie it together with your calendar there is more value there but apart from that, Google Now doesn’t seem up to the task.

The ability to navigate from your watch remains one of the most appealing features, especially if you are a runner or cyclist. Unfortunately, much like its predecessors, we had to get used to the G Watch R spending most of the time ‘calculating the route’ than actually pointing us in the right direction. 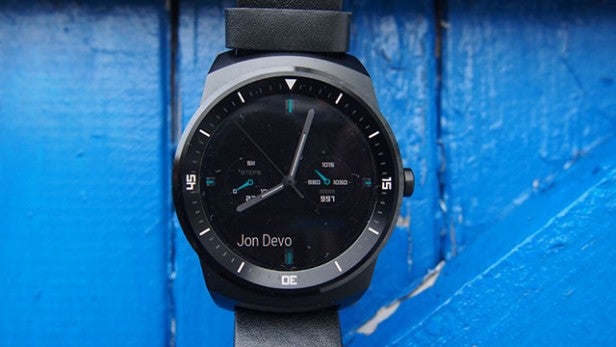 One of the nicest features of Android Wear on the G Watch R is actually the one element LG has control of and that’s the watch faces. We’ve been underwhelmed with what Motorola, Samsung and LG have come up with so far and thankfully you can now purchase and download more accommodating options from the Google Play store. But LG has done a much better job on the G Watch R, so you don’t have to go hunting for new ones.

There’s over twenty to choose from and there’s more analogue than digital ones, which is a good thing. There’s one dedicated to fitness where the smaller dials track steps, a World Clock face where you can set the smaller dials to other international time zones and there’s even one for hiking where you can calibrate the compass. It’s the little things that matter and we are glad LG has made more of an effort here. 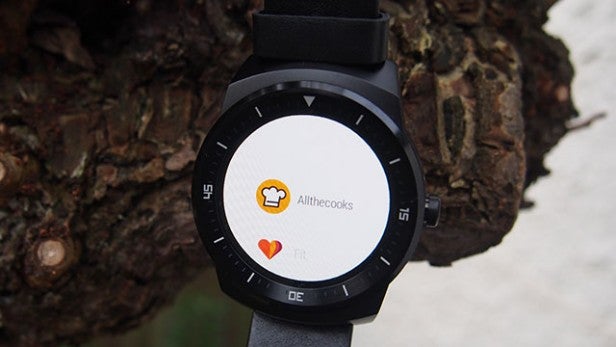 As we mentioned in our Moto 360 review, Google has finally got around to making a dedicated section in the Google Play Store to find Android Wear apps. It’s still worth having a search around, though, and making use of the free Android Store app to discover more.

Google Voice search is still the quickest way to find and launch Android Wear apps on the G Watch R as they are still buried away in the operating system. Android Wear is crying out for standard Android homescreens or app folders to make them easier to find for those who don’t want to bark, ‘open Endomondo’ every time you want to go for a run.

Downloading a range of apps covering cooking, checking in on social media sites and fitness, there weren’t many instances where we dipped into those Android Wear apps over the same ones on our phone. That’s the problem here. No one has really come up with an app that makes owning an Android Wear watch essential.