It’s immediately obvious that thankfully the 65UB980V’s pictures are miles better than those of the disappointing 65UB950V.

The most surprising and considerable improvement in the 65UB980V’s pictures comes in the contrast department. Not only can this set resolve deeper black colours than the UB950V while suffering hardly at all with the backlight clouding ‘hotspots’ that blighted that screen, but it also manages to hit deeper blacks without causing such overt backlight distractions.

The sort of distractions we’re talking about chiefly comprise obvious ‘jumping’ in the picture’s underlying brightness level caused by the dynamic backlight and, worse, obvious rectangles of light running down the image around bright objects that appear against dark backdrops – a situation which can crop up surprisingly regularly when watching films especially. 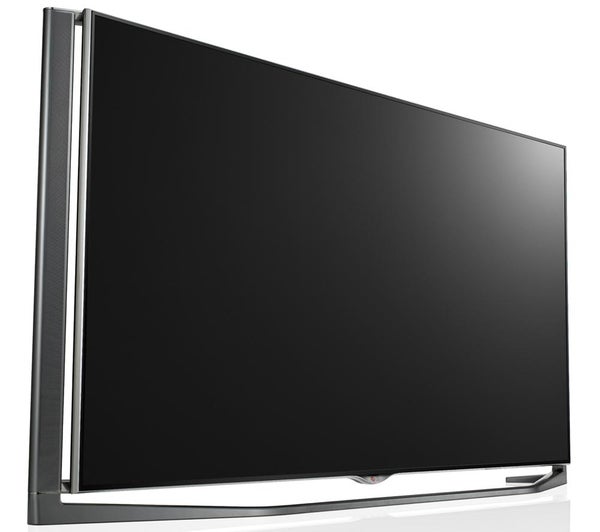 We’re not suggesting, to be clear, that the 65UB980V is immune to these sorts of backlight flaws. You can sometimes spot them, especially if you’re watching an ultra-wide aspect ratio film with black bars above and below the picture. But the obviousness and aggressiveness of the flaws is greatly reduced – so long, anyway, as you’ve reduced the backlight to the sub-40 level suggested earlier.

In fact, the best compliment we can give the 65UB980V is that there are times when its handling of dark scenes is good enough to make you forget you’re watching an IPS panel. There are times, indeed, where dark shots could even be called beautiful.

However, while we are impressed by what LG has managed to do with an IPS panel here, there’s a reason we used the word ‘shots’ rather than ‘scenes’ in the previous sentence. The thing is, wherever there’s much activity in a dark sequence, where the lighter elements of the images are shifting position, you do sometimes spot the backlight adjustments and blocks popping in and out of the picture. You spot them far less often than you do on the 950V series, and they’re subtler when you do see them. But they are there.

And before you think about just turning off the dynamic contrast and local dimming options that cause these little backlight distractions, unfortunately the lack of native contrast in the panel means you HAVE to use them, otherwise dark scenes are infused with much more greyness than you’d see on good quality rival screens that don’t use IPS panels.

In most other ways the 65UB980V’s pictures are excellent. The screen’s capable of pumping out some spectacular levels of brightness, yet it does so with enough discipline to ensure that peak white picture areas don’t suffer with obvious clipping while the boldest colours don’t look forced or unbalanced.

Even more importantly, the fact that somehow the 65UB980V can, if carefully calibrated, deliver a pretty convincing black colour despite its high brightness helps it produce far more shadow detail in dark scenes than we’ve seen from any other IPS panel this year. In fact, with images set up well dark scenes don’t have any of low-contrast hollowness about them at all. 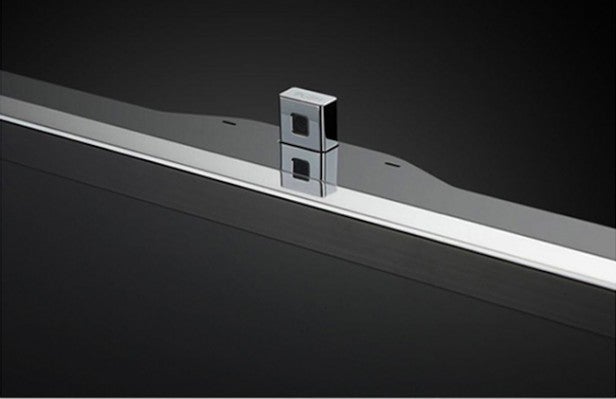 The amount of brightness in play also helps colours look bright and bold, and native UHD pictures look really clean and vibrant. It’s noticeable during 4K 60p football coverage, too, that the 65UB980V delivers easily the most effective motion reproduction we’ve seen from an LG LCD TV to date, as the lowest setting of LG’s motion processing ensures that moving objects and camera pans remain largely free of blurring over moving objects while also avoiding the haloing and twitching side effects that can be caused by less clever motion processing.

Another of the 65UB980V’s biggest and most welcome strengths is its upscaling of HD content to UHD. Thanks to the Pro processing engine, upscaled images look less noisy and more evenly balanced in terms of contrast and colour than they did on the UB950V – while also looking distinctly more high-res than they would on an HD set. Given the shortage of native UHD content right now, the ability of the 65UB980V to upscale even relatively noisy HD sources so excellently is a major draw.

You can watch the 65UB980V – at least during bright scenes – from a slightly wider angle than you can non-IPS panels too. Though this benefit isn’t as big a deal as it used to be due to recent viewing angle improvements in some rival VA panels. 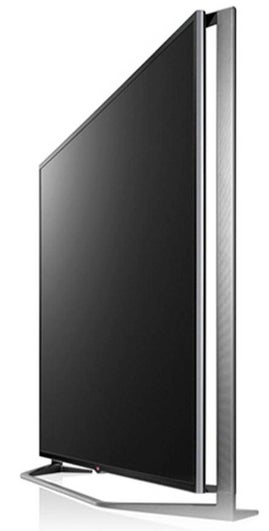 There are a couple of areas, though, besides the occasional backlight handling ‘artefact’, where the 65UB980V could do better. The strangest problem – though it’s not the first time we’ve noticed it with an LG TV – is that some upscaled HD skin tones sometimes take on a rather plasticky, mannequin-like look, as if the screen hasn’t quite got the colour finesse to resolve subtle shifts in skin tone.

The other issue is that native UHD pictures don’t look quite as phenomenally sharp and detailed as they do on the best UHD/4K competition. Though to be fair, some might like the restraint of the 65UB980V’s approach – and anyway, if you do feel like you want to boost the apparent sharpness of the picture you can try the upper settings of the Super Resolution option without images starting to look excessively noisy.