Here’s a word we really didn’t expect to be using with respect to the 65UB980V’s 3D picture performance: ‘wow’. In all seriousness, it might well be the single best 3D picture we’ve ever seen.

There’s so much good stuff to report about the 65UB980V’s 3D, in fact, that it’s hard to know where to start. Though perhaps, with the UB950V’s disastrous localised crosstalk ghosting issues still giving us headaches, a great first point to make would be that the 65UB980V doesn’t suffer with these problems at all. In fact, we didn’t feel aware of so much as a single incidence of crosstalk throughout our 3D testing, even during scenes with particularly extreme depths of field and contrast ranges. This is the first time we’ve ever had a completely crosstalk-free 3D experience, and there’s no overstating what a stunning impact this has on the 3D experience. 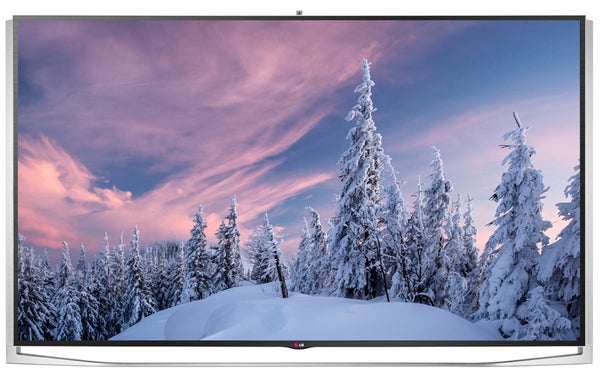 The 65UB980V’s 3D pictures also stand out against those of any other brand too thanks to their spectacular levels of brightness and colour richness. There’s none of the dullness and colour compression you get with some active 3D solutions.

Detail levels are surprisingly good too. The way passive 3D technology works normally leads to at least a slight reduction in resolution, however much some may try to argue it doesn’t. But the extra lines or resolution in 4K screens negate this issue with today’s 3D 1080p Blu-rays, and so you get to see an image on the 65UB980V that’s at the very least totally 1080p in resolution.

It’s also free of the jagged edges and slight horizontal line structure issues you get with passive 3D on full HD screens. Add to this detail and smoothness the previously mentioned brightness, colour intensity and freedom from crosstalk and you’ve got a 3D image so clean and precise that we actually saw things in some familiar 3D shots we hadn’t noticed before.

LG’s much-improved motion processing plays a big part in its stellar 3D efforts too, doing a terrific job of removing the judder and blurring issues typically associated with 3D on an LCD TV.

The only issues we could find with 3D playback are that during very dark scenes some of the backlight manipulations can still slightly be seen, and that skin tones still sometimes look just a tiny bit plasticky. But such moments are rare enough not to put up any significant opposition to all the 3D goodness on show.

So stunning is the 65UB980V’s 3D picture, in fact, that we can’t help but think that if more 3D TVs could look as good as this then maybe 3D wouldn’t have become such an AV dodo.

Thankfully those striking speaker ‘wings’ really do justify the bulk they add to the 65UB980V’s bodywork. The sound they produce is so good, in fact, that it even challenges the efforts of the magnetic fluid speaker system built into Sony’s X9005B series – and you really can’t ask for more than that.

For starters the soundstage is huge, as the angling of the speaker drivers casts the sound way clear of the TV screen. In fact, we even occasionally detected hints of audio information appearing behind our seating position – and when we did hear this, it actually sounded quite accurately positioned too.

Despite the size of the soundstage, though, it always holds together beautifully, with no ‘holes’ in the audio ‘wall’ and no sense of any part of the mix dipping out or standing out too starkly. It’s also a very pleasant surprise to find that dialogue remains locked to the screen where it’s supposed to be. In fact, we’d go further than that and say that dialogue seems to appear from exactly the right PART of the screen. Excellent stuff.

As if all this wasn’t already enough, the 65UB980V’s sound can hit awesomely extreme volumes without so much as a trace of distortion or compression, and also without sounding harsh or short of treble detail. Best of all, though, the built-in speakers deliver levels of bass response that turn the sound into a genuine home cinema experience. Phenomenal.

There’s good news and bad news for this section. The good news concerns LG’s Magic Remote. This cute little alternative to the standard LG remote turns out to be almost as revolutionary as the webOS interface when it comes to simplifying your use of a TV. Its killer tricks are the way it lets you point at the part of the screen containing an option you want to choose, and a beautifully tactile wheel for rapidly spinning up and down the onscreen menus. Once you’ve used the Magic Remote for an hour or two, going back to a typical TV remote feels like you’ve stepped back in time.

The bad news concerns the 65UB980V’s input lag. Our tests – even with as much picture processing as we could find turned off and using the TV’s Game preset – measure lag at 100ms. This is a really high figure by modern TV standards that will undoubtedly hamper your performance in fast reaction games. Shotgun wielders in Destiny, for instance, will definitely not fare well. 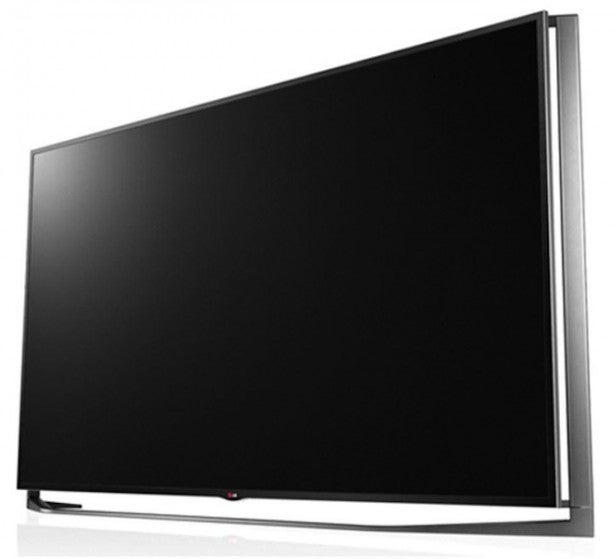 If you’re especially drawn to LG’s webOS smart interface, then the 65UB980V is comfortably the best-performing TV you can currently buy it on. There are times when the 65UB980V’s pictures with UHD and HD content can look nothing short of stunning, it’s quite simply the best 3D performer we’ve ever seen, and it’s also streets ahead of nearly all the competition (bar Sony’s X9005B series) with its audio.

It’s also by far the best IPS panel we’ve seen this year in terms of its contrast potential, meaning that its images are much more consistently gorgeous than they have been on any previous 2014 LG set.

There’s still no getting around the fact that key rivals like the Sony 65X9005B, Samsung 65HU8500 and Panasonic 65AX802 deliver dark scenes with still better consistency. When we first wrote this review, the Sony and Panasonic models were also considerably cheaper than this LG. However, we’re now updating this part of the review (on October 6 2014) as the TV has just enjoyed a huge price cut that brings it down to around £3,000 from some major retailers. This puts it much closer in price terms to its Panasonic and Sony rivals, and means it warrants an extra mark for Value.

One thing that hasn’t changed is the way all three of the Sony, Samsung and Panasonic rivals suffer less with input lag and so would serve as more satisfying monitors for gaming. But with LG’s backlight problems here only proving bothersome under very specific conditions (with particular sorts of image in particularly low lighting), if you’re not a heavy gamer you might very well feel tempted by the 65UB980V given its spectacular 3D, Smart TV and audio prowess.

The 65UB980V is a staggeringly ambitious TV that for the most part we love. It’s already tough to choose between the best 4K TVs this year, and we’re afraid to say this LG is good enough to make your choice even more difficult!

Next, read our guide to What is 4K TV and Ultra HD