The UB980V series is LG’s flagship LCD TV range for 2014. This means it enjoys a native Ultra High Definition (UHD) resolution, with chief distinctions from the step-down UB950V series being a much more powerful Harman/Kardon-designed audio system and a superior picture processing chipset. LG hasn’t had a great time of things recently, but it looks like it has found some form again with this top-end TV.

The 65UB980V is an absolute beast of a TV. Built incredibly robustly around the already substantial 65 inches of screen is a slightly larger bezel than we typically see these days, with attractively rounded left and right edges. Unlike most TVs, though, this is far from the end of the 65UB980V’s bodywork. For beyond the main bezel is a substantial outer frame featuring angled back ‘wings’ to left and right, and a full-width shiny metal desktop stand (if you’re not wall hanging the set). 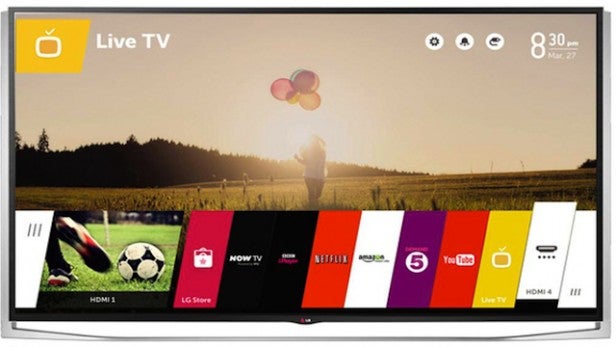 Not surprisingly the wings aren’t there because the 65UB980V can fly. Rather they house a startlingly ambitious speaker system designed by renowned audio brand Harman/Kardon that delivers a claimed 70W 4.2-channel surround sound effect. The two larger (79-inch and 98-inch) models in the UB980V series are even more powerful, featuring 90W and 120W 5.2-channel speaker systems respectively.

This all underlines LG’s status as one of the most innovative brands in town where TV audio is concerned – though we can but hope that the 65UB980V’s sound quality ends up justifying the extra size the speakers add to the TV.

Two last things to note about the 65UB980V’s extravagant design are the provision of a built-in pop-up camera, and the way its full-width stand means the TV needs to sit on a piece of furniture as wide as the TV screen if you don’t want it to fall over – something which could present quite a challenge to typical living rooms.

The 65UB980V’s design and audio system both mark clear points of difference between it and the UB950V range that sits beneath it. But there’s also a potentially significant difference when it comes to picture technology in the shape of the uncatchily named Tru-ULTRA HD Engine Pro processing engine.

This ‘Pro’ version of the engine exclusive to the UB980V series is claimed to deliver improvements in two key areas. First, it works in tandem with an upgraded Super Resolution Algorithm to provide more detailed upscaling of HD sources with less errors. Second, it introduces something catchily called the 4K Motion Estimation Motion Compensation [sic] circuit, designed to eliminate the LCD blurring issues over moving objects that can be so disruptive when watching 4K content. 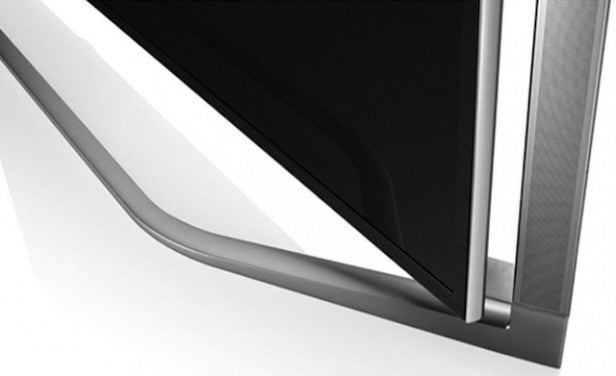 Continuing the UHD theme, it’s great news to find that the 65UB980V carries an HEVC 60p decoder, meaning it can handle Netflix’s 4K streams and, we presume (though can’t guarantee!), the upcoming 4K streams from other services like Amazon Instant.

Also present and correct are HDMIs built to the v2.0 standard, meaning the set is able to play our newly acquired 60p 4K source content – including some rather lovely footage (mercifully free of England’s matches) from the summer’s World Cup footie tournament.

There are four HDMIs, joined by three USBs (for multimedia playback or recording from the Freeview HD and HD satellite tuners to USB HDDs), and both LAN and integrated Wi-Fi network options. It’s through these network options, of course, that you’ll enjoy 4K streaming and access to LG’s extensive range of other Smart TV apps – as well as being able to stream in photo, music and movie multimedia from networked devices.

Somehow we’ve managed to avoid mentioning so far LG’s brilliant new powered-by-webOS smart TV interface. So let’s put that right now. As noted in our dedicated review of it, this interface feels like a huge step in the right direction for smart TV systems with its intuitive, friendly, multi-tasking menu design and cute ‘bean bird’ character to help guide you through everything.

LG has a strong heritage of giving users pretty much every possible tool for calibrating its TVs, so it’s not surprising to find extensive colour, gamma and white balance management facilities on the 65UB980V, along with plenty of control over all the most significant parts of its picture processing engine.

The TV’s calibration options are sufficiently flexible to have earned the 65UB980V the backing of the independent Imaging Science Foundation (ISF), with two picture presets provided for an ISF engineer to store settings for day and night viewing if you pay to call one in.

It’s interesting given LG’s long relationship with THX (with its plasma TVs) that the 65UB980V hasn’t got a THX endorsement when Panasonic and Sharp have both secured THX badges for their latest high-end 4K TVs. We can only speculate on why this is so, though, and speculation never really did anyone much good, so we’ll move on.

The last key feature of the 65UB980V to mention is its 3D playback. This is, inevitably given the LG branding, of the passive variety. Which is fine in principal, as we’ve so far found the passive approach really coming into its own with 4K TVs since these have a high-enough resolution that the passive format’s reduction in picture resolution due to its polarised line structure is far less noticeable. Naturally this set also retains passive’s advantages of no flickering, minimal brightness reduction and, hopefully, no crosstalk ghosting noise. 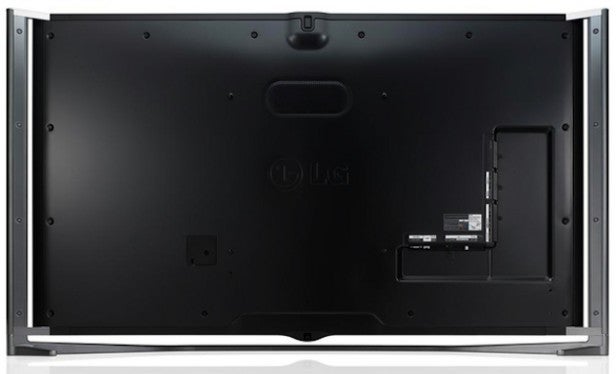 Getting the best out of the 65UB980V is quite a complex process, but we’ll try and keep it as straightforward as possible.

First, since the set uses an IPS panel (known for struggling to deliver deep black colours) you need to try and work out the best mix of settings for the features that can affect contrast. The single most important tip is that if you want to watch a film on the TV in a darkened room, you’ll need to bash the backlight way down to below its 40 level. We’d also suggest leaving the Dynamic Contrast setting on Low; reducing contrast to around its late 70s level; and activating local dimming on its Low setting. We’ll talk about all this more in the picture quality section.

Where other adjustments are concerned, we’d strongly suggest turning all the noise reduction systems off when watching native 4K sources (we don’t really understand why any UHD TV would default to leaving NR on with native UHD content). Personally we also preferred to turn NR off when watching upscaled HD too.

A more surprising discovery was that we didn’t always get on with the Super Resolution option. With upscaled content on all but its lowest setting it causes areas of fine detail in upscaled HD pictures to fizz quite distractingly. Still, as we’ll discuss later, the 65UB980V’s upscaling is otherwise extremely impressive, and the Super Resolution feature can slightly sharpen the appearance of UHD content without making things look noisy or forced.